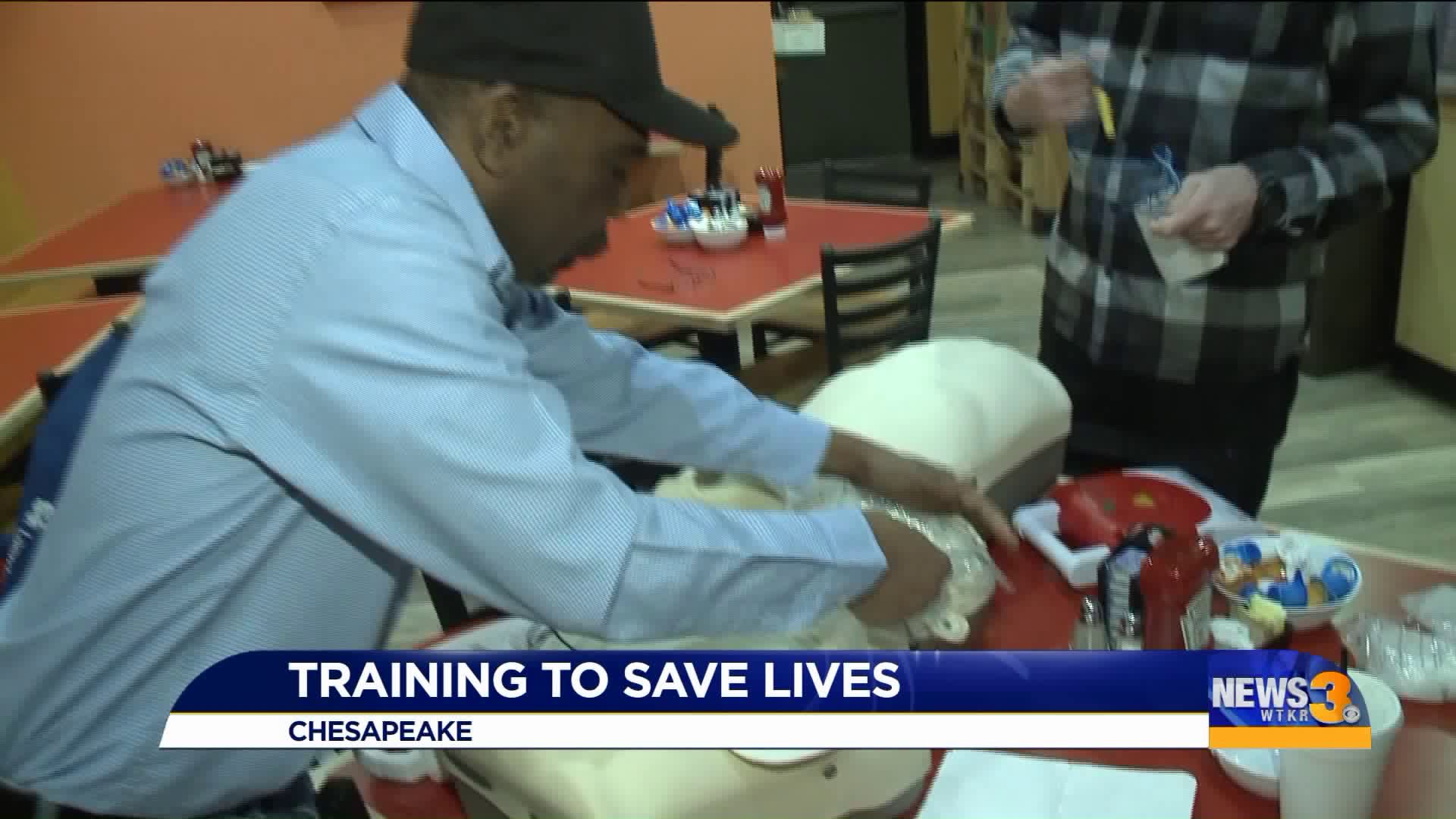 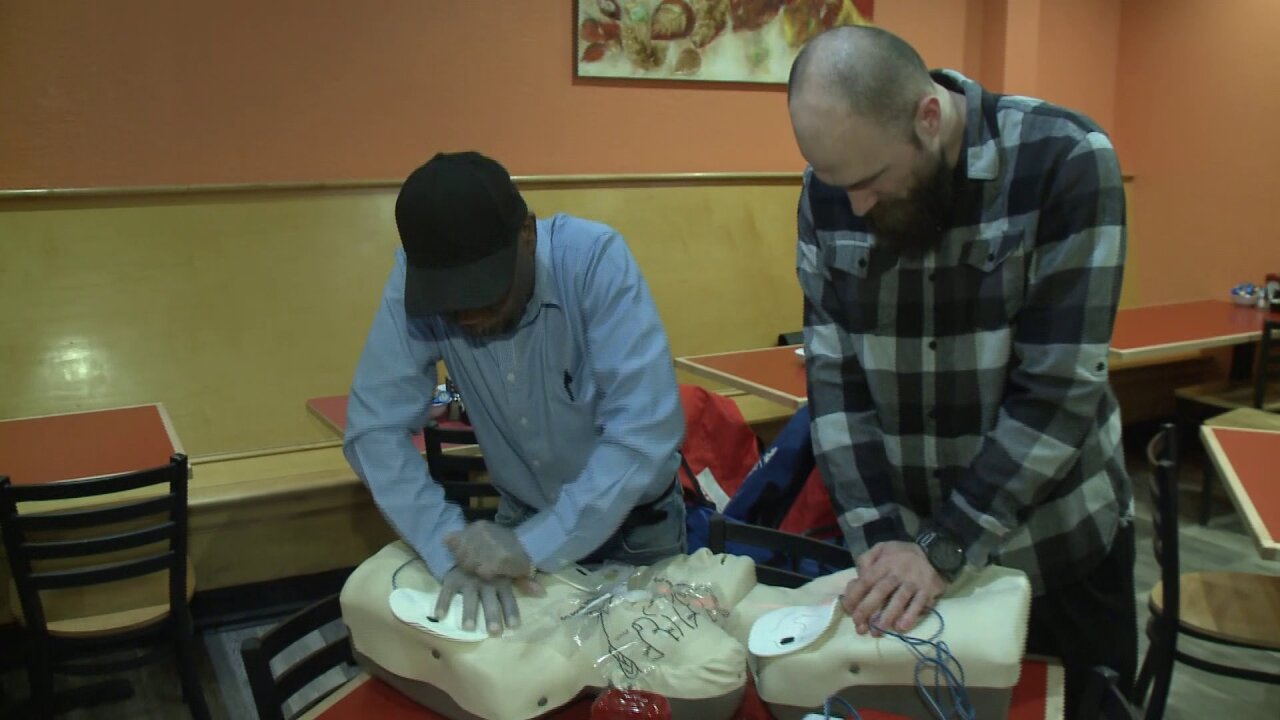 CHESAPEAKE, Va. - One second can change everything.

We saw that in December when a little girl was choking during breakfast at the Egg Bistro in Chesapeake and a Good Samaritan stepped in to save her.

Now, employees are getting certified in CPR.

Managers saw just how quickly a situation could escalate, and going forward they want to be prepared in case that happens again. We of course hope it doesn't, but if it does, employees know what to do to save a life.

3-year-old Callie Barnes was choking on her pancakes a few months ago when a kind stranger took charge.

"She just jumped into action. I think more people need to be like that," Callie's mother, Angel, told News 3 reporter Brendan Ponton in December after the incident. 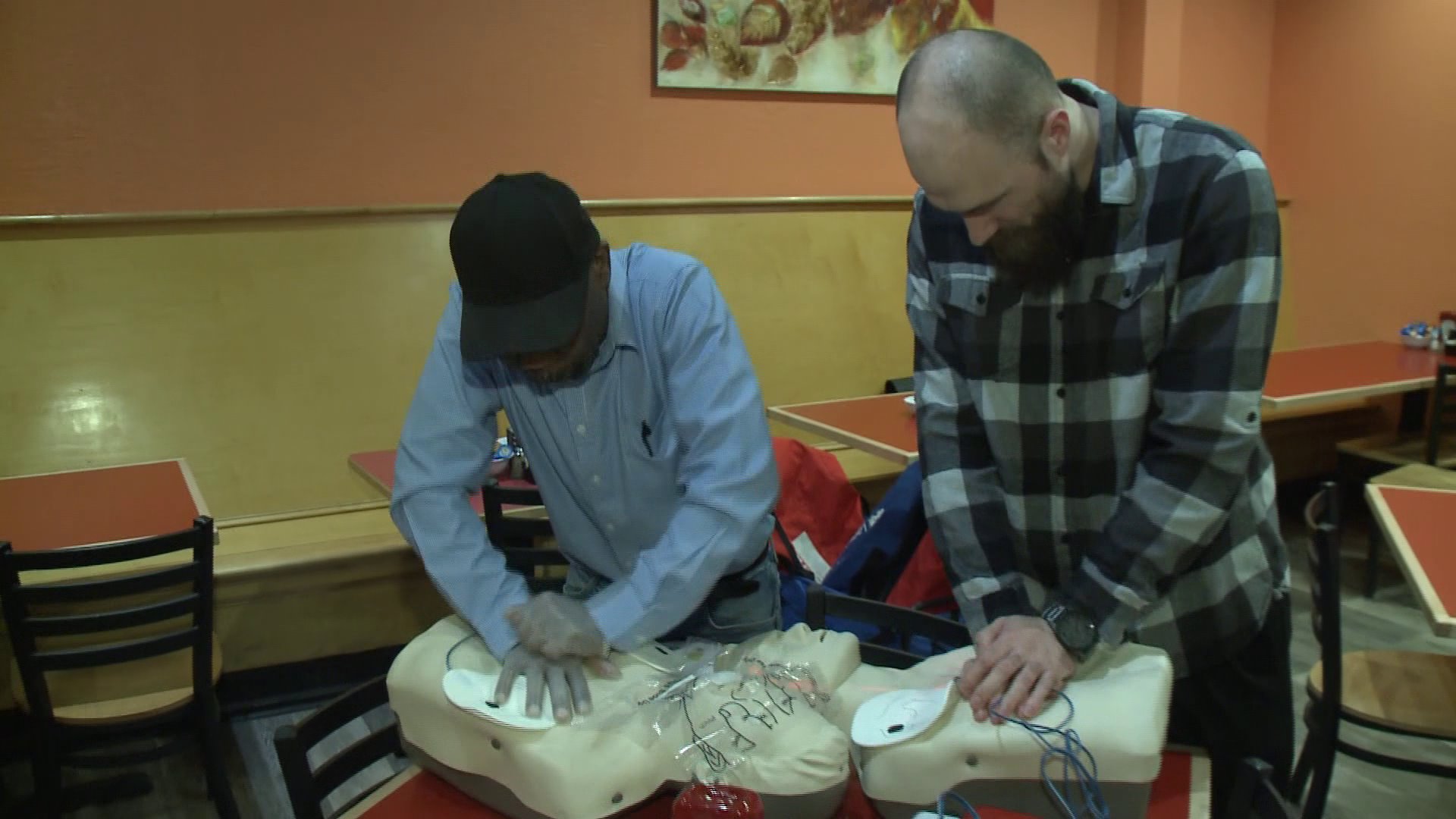 Thanks to a new certification, more people will.

"[It] made us think, 'Wow, that'd be something great for some of our employees,'" said Mike Touhey, owner and founder of the Egg Bistro. "Especially people that are here all the time to be trained. What if someone wasn't? What would have happened in that case?"

Luckily, Callie was okay, but Touhey knew he didn't want to take another chance. All managers are now trained in CPR, and they also know how to do the Heimlich maneuver.

"There's not enough words to say to her for what she did for my daughter," Angel Barnes said when we last spoke with her.

"I mean, if you can save one life or help save one person, it's all worth it," said Touhey.

Touhey says in the future they plan to roll out the training to the rest of the employees because during the busiest days - when they can see upwards of 800 customers - he wants to know they're safe.

"We need happy customers, and obviously safety is part of it," he said.

Tuesday's training lasted about three hours, but managers say they feel good about what they learned. So, if you go to any of the restaurant's three locations, you know you'll be in good hands.