NEWPORT NEWS, Va. - A Newport News neighborhood recently turned into a dumping ground, and it's not the first time it has happened.

For what felt like weeks, every time Jennifer Hendricks left her house on 30th Street she saw a pile of mangled desks, broken tables and scattered drawers.

Someone illegally dumped old furniture across the property and on a vacant lot owned by the city.

Illegal dumping is a growing problem in many areas, including Newport News. City officials said in the past five years they've averaged more than 600 cases of it.

The piled trash isn't just an eyesore, though; it's expensive because your city tax dollars are used to clean it up. It can also be dangerous depending on what type of waste is discarded.

"I have four young children that play outside and they like to play up and down the sidewalk, and God knows what's inside of those things they drop off - dressers, trash, whatever," Hendricks said.

They've seen items ranging from tires and mattresses to hazardous waste and even a boat left behind.

Officials said it’s typically done by folks who don’t want to pay to dispose of the materials properly or who just find dumping it is easier than hauling it to a facility.

Sec. 19-80 of the city code states, "It shall be unlawful for any person to dump waste on public property, including a public highway, right of way, property adjacent to such highway or right of way, or on private property without the written consent of the owner thereof or his agent. It is unlawful to bring waste from any other locality for disposal or dumping within the city limits."

Illegal dumping is a Class 1 misdemeanor - meaning if you're caught, you can face jail time and a major fine.

Anyone who witnesses the crime is asked to call public works, the city or the police department. 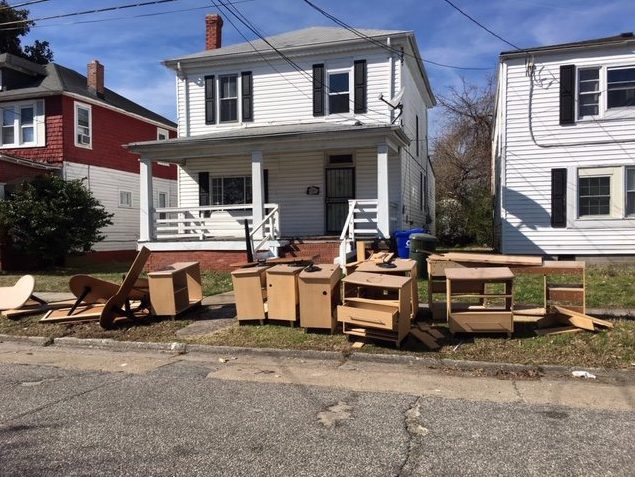