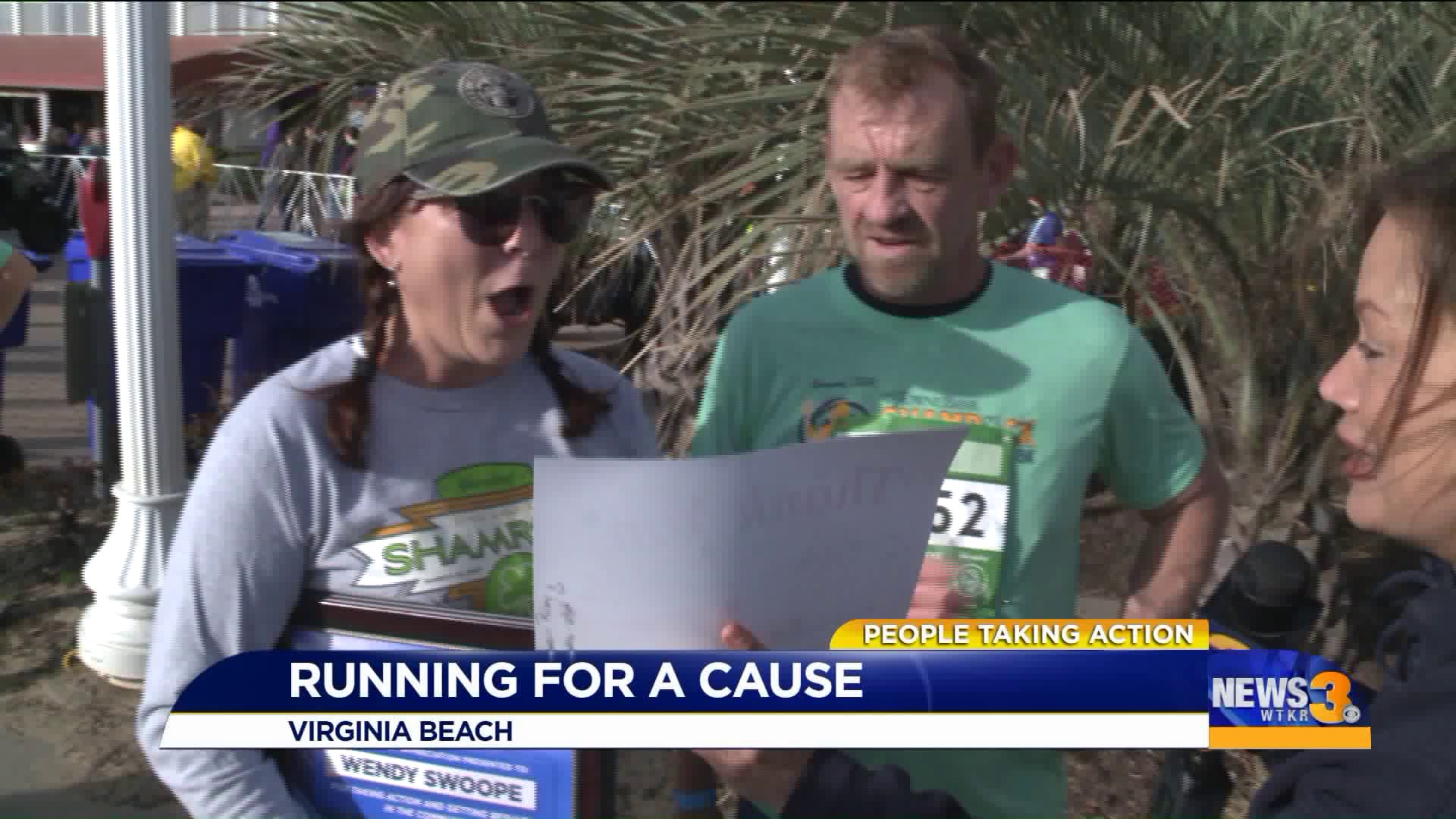 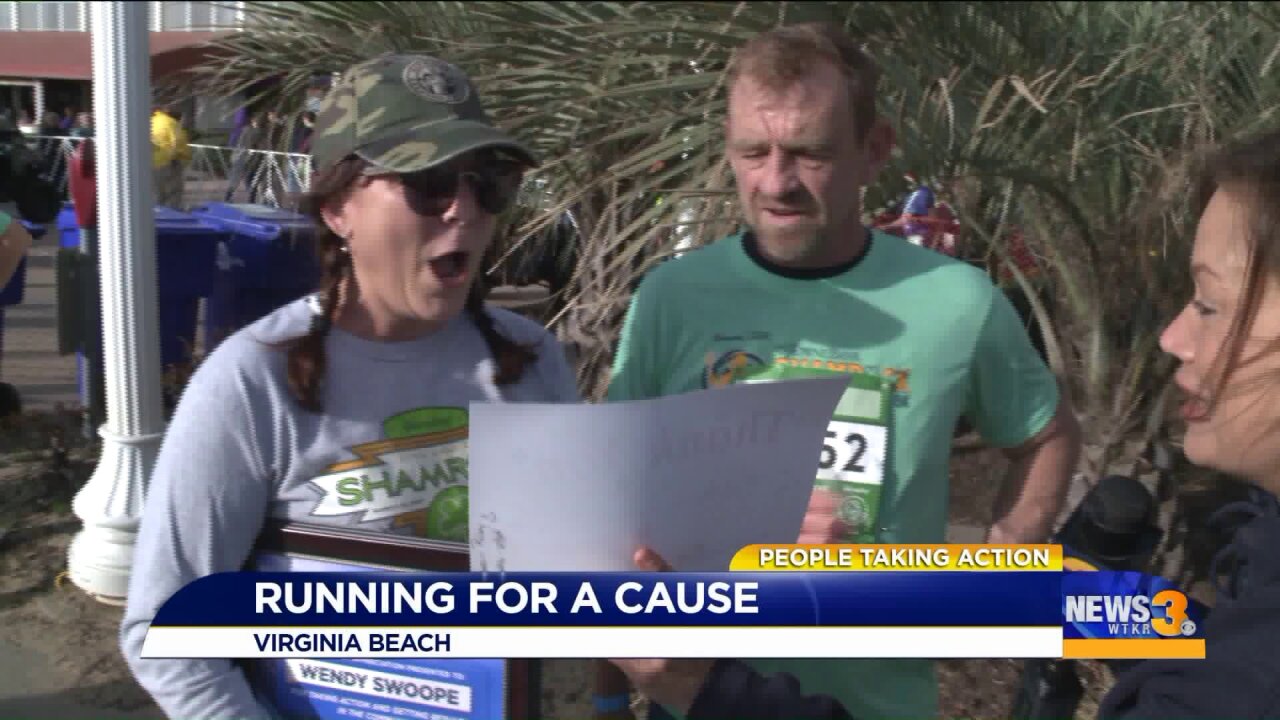 VIRGINIA BEACH, Va. - Jeff Beavers and Wendy Swoope have known each other for more than 30 years.

"We graduated from Kellam [High School] together, the same year," said Wendy.

Jeff was a wrestler. Wendy, a gymnast and cheerleader. Fate brought them back into each other's lives.

"My daughter has been friends with his son for a very long time, so we reconnected and I found out he needed a transplant," Wendy told us.

A kidney transplant. His third. The last one lasted 24 years, but his kidney is failing again and he's on a five-year waiting list.

When Wendy heard about Jeff's need for a kidney, she stepped forward to donate one of hers, but she wasn't a match.

However, after talking to Sentara Norfolk General Hospital's Transplant Center, she found out that if she joined the National Kidney Registry for live donors, she could still help Jeff.

"It helps people like me who have a 4-5 year wait. It'll change that to a year or two and maybe less," Jeff said.

So, they decided to race in the Shamrock 8k this past weekend to raise awareness.

"We're trying to evoke some knowledge about being about being able to be a donor even though you're not a match to someone you care about," said

Jeff is on dialysis 3 times a week, so training for the 8k run wasn't easy. But he has some big reasons to be motivated.

"I've got my two sons to try and set examples for and all that good stuff," he told us.

And they ran alongside Dad and Wendy to lend support for a cause that hits close to home.

"We're really hoping that people will get on the donor list and see if they're a match for somebody, if they are willing to make that sacrifice," Wendy said. "You can live without one of your kidneys and you can save a life."

"She's just an amazing person to come forward," Jeff said. "I can't say enough. I can't do enough. I'm so appreciative, it's unbelievable."

The four of them crossed the finish line together - good conditioning for what could be a long road ahead for both of them - where we surprised Wendy with a News 3 People Taking Action award, along with a $300 gift card from our community partner, Southern Bank.

"It's people like her that make organ transplants possible and hope for people like me who are on dialysis," Jeff told us after Wendy received her award.

Whether it's fate or the luck of the Irish, Jeff and Wendy's paths were destined to cross once again.