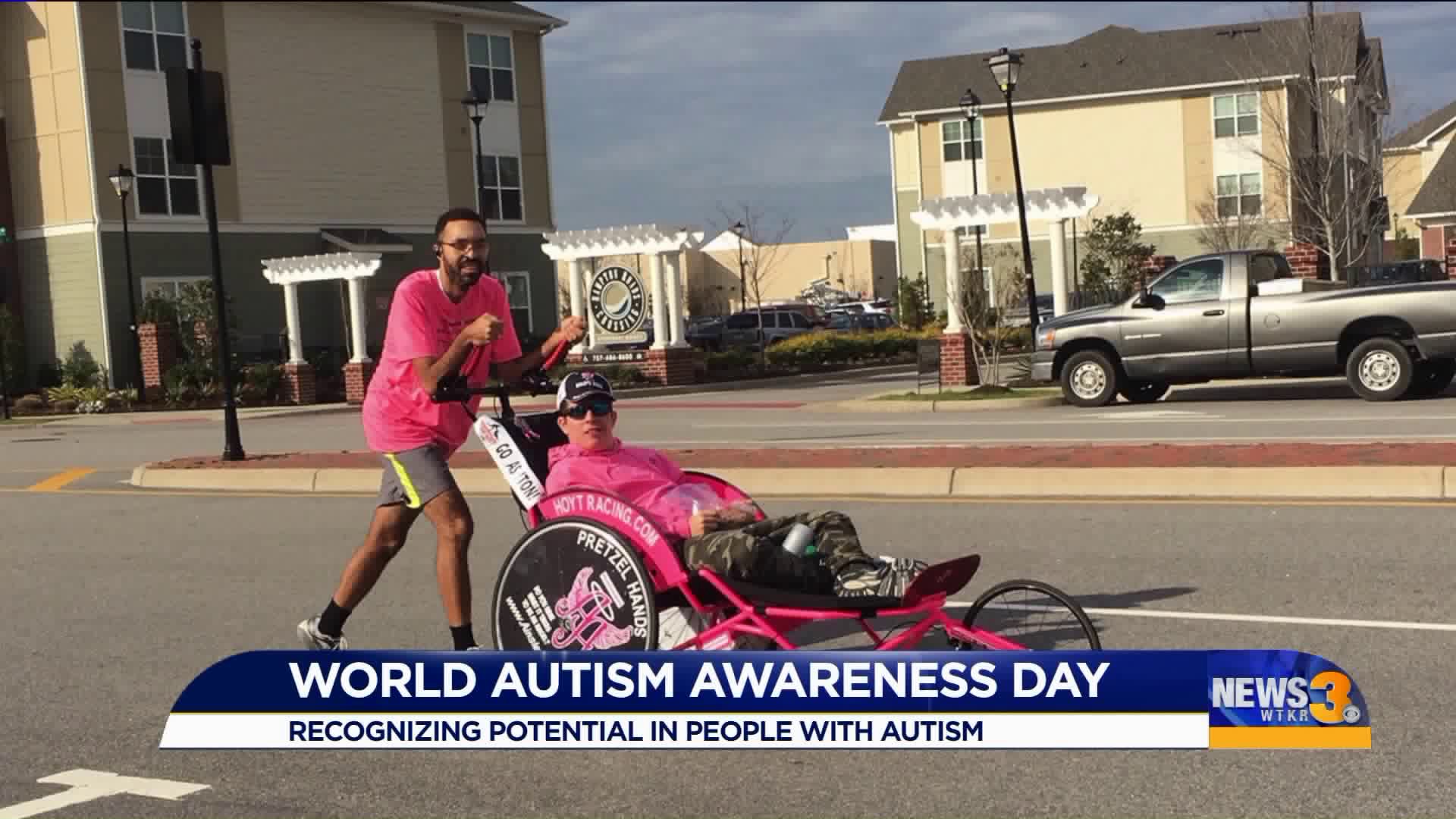 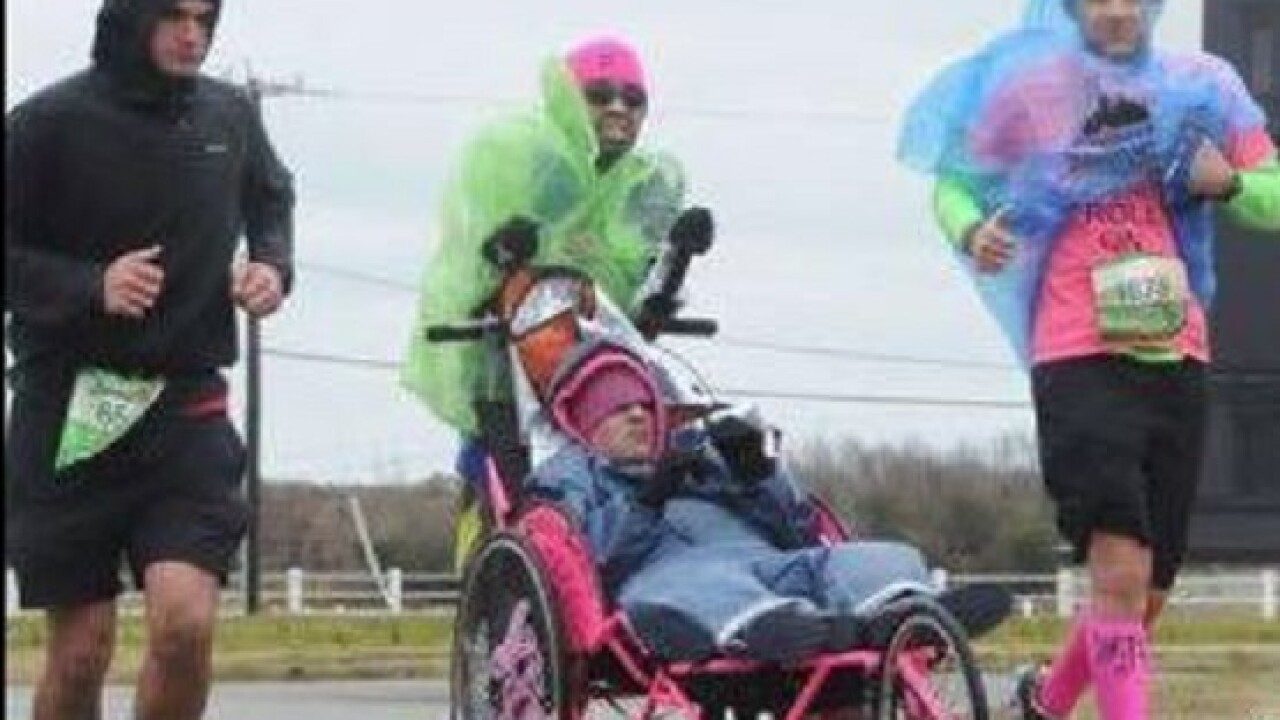 CHESAPEAKE, Va. - Around one in every 59 kids will be diagnosed with autism this year, according to the Centers for Disease Control.

A diagnosis is four times more likely for boys than girls.

The National Institute of Mental Health defines Autism Spectrum Disorder as a developmental disorder that affects behavior and communication. The severity of symptoms varies greatly from person to person.

Each year on April 2, World Autism Awareness Day is an effort to not only speak out against the discrimination of people with autism, but also recognize the potential of people living with it.

Ashton McCormick of Chesapeake was diagnosed with autism as a young boy. His case was considered severe and non-verbal, his mom Jennifer says.

News 3 first met McCormick in 2017 when he and his racing partner qualified to run the Boston Marathon.

Their situation was a unique one; Davis, who's blind, pushed McCormick in a racing chair. It's a setup non-profits like Ainsley's Angels use to help people with disabilities participate in races.

The two ran in Boston in 2018, making history as the first team featuring a blind runner and a disabled athlete to finish the race.

In all, McCormick's participated in nearly 160 races, his parents say. Now, what the McCormicks saw as a way to socialize their son, has helped him beyond what they expected.

Although McCormick's autism still impacts his everyday life and communication, he does talk and he enjoys being around people.

He recently participated in the Shamrock Marathon in Virginia Beach for the third time, running with a different partner, Jonathan Gajewski, a 20-year-old Virginia Beach native.

“He has autism but that doesn’t make a difference. He’s just like everybody else to me, but he’s definitely a brother and that keeps us closer," said Gajewski of the relationship he has with McCormick.

The two are currently raising money for a run in the Marine Corps Marathon in Washington D.C. later this year.

His mom says the possibilities for her son are endless.

"I used to put limitations on what I thought he could do, but I don't. There's no telling," she said.