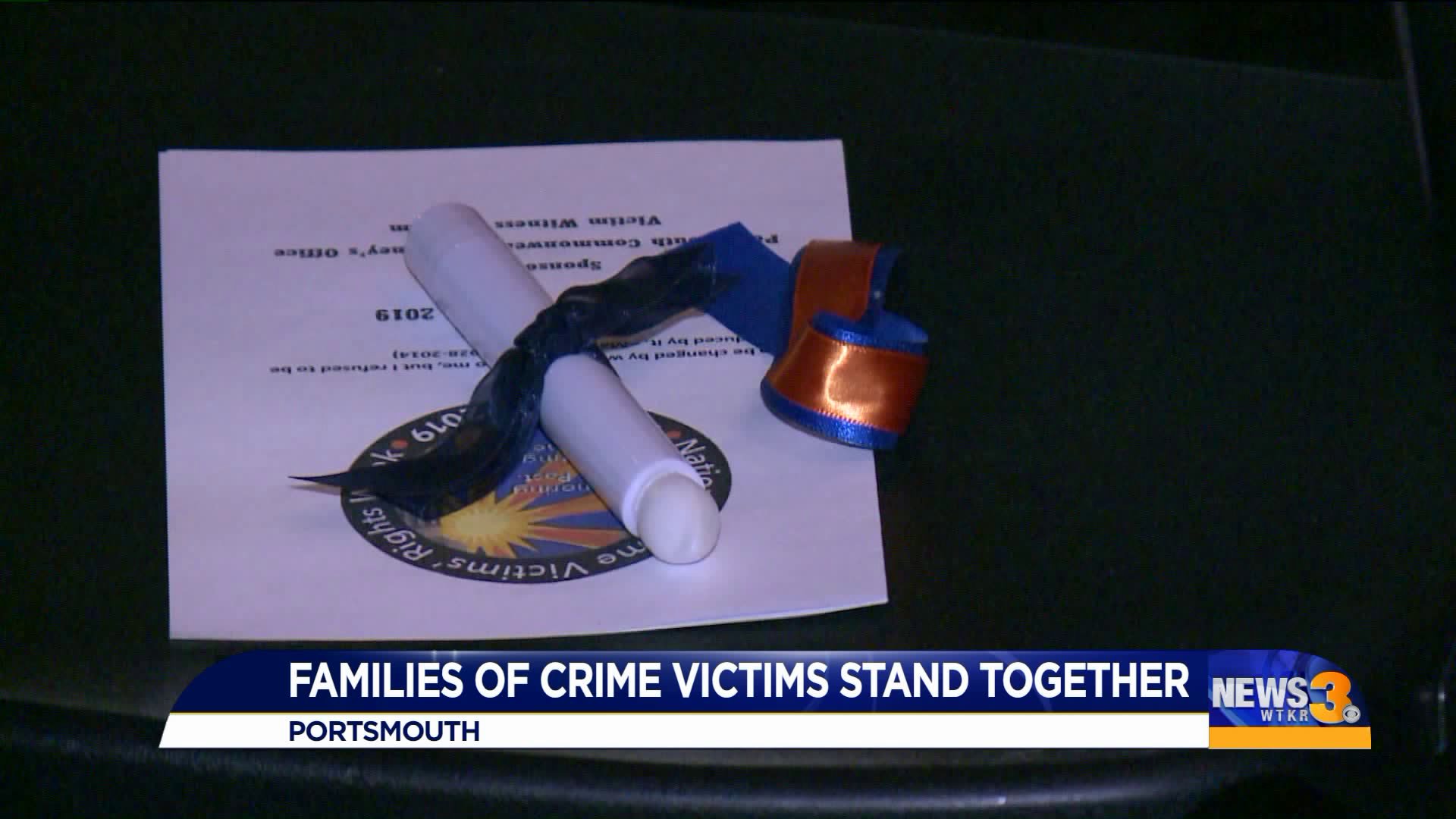 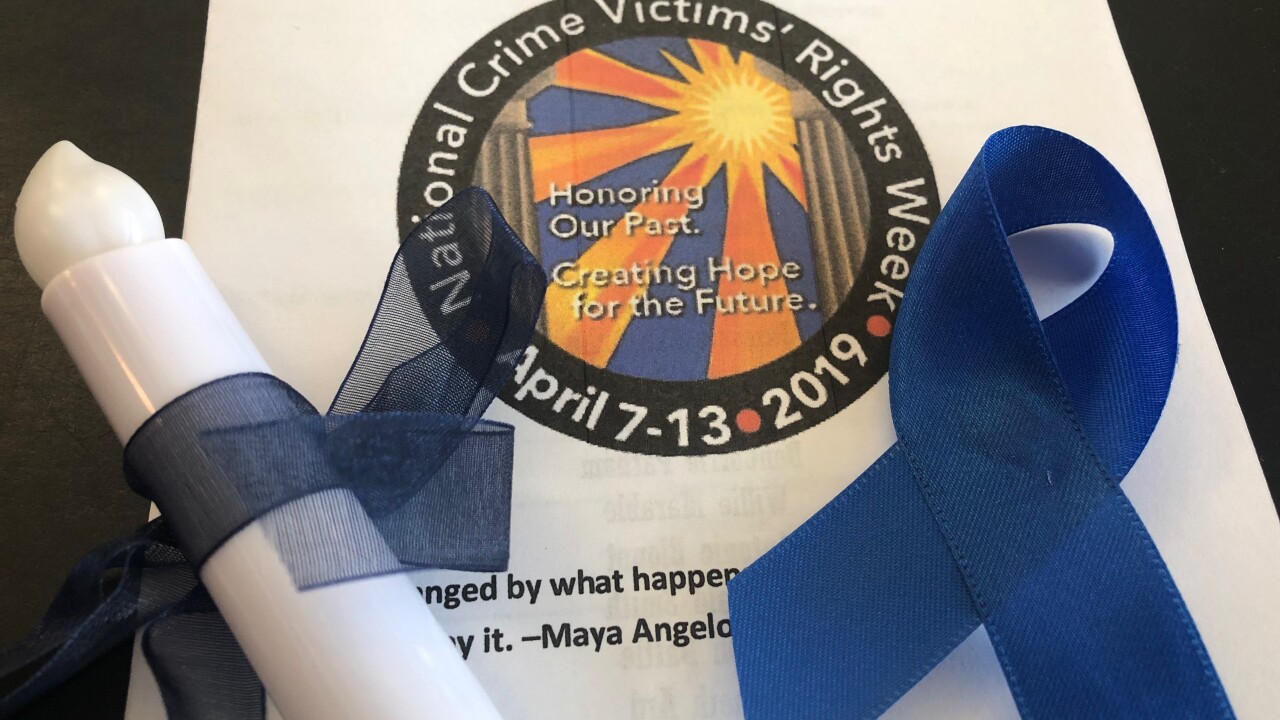 PORTSMOUTH, Va. - After someone is shot and killed, the family is left to pick up the pieces. When times get tough, Portsmouth leaders want them to know they are not alone.

During a candlelight vigil Wednesday night, the victims of those violent crimes were honored. It was done in commemoration of National Crime Victims’ Rights Week.

Nearly all the seats in the courthouse lobby were filled with people who have lost a love one to gun violence.

Alberta Walker lost her son Delvin Crosby three months ago. He was her oldest son, and he leaves behind seven children. His alleged killer is behind bars, but that won't give his daughter back her father.

Crosby's girlfriend says their daughter is constantly calling his name, and she's only 9 months old.

Dearther Dixon also lost a piece of him to gun violence. His brother, Reggie, was shot and killed on Queen Street in February. "He was a sweet brother, I loved him to death. [He was] always there talking with me and stuff like that," he said.

While the pain is still very real, the crowd in attendance put that on pause Wednesday night. They set the violence aside and remembered happy times using prayer and song.

Each person got a candle and when their loved ones name was called they turned it on and stood up, symbolizing that they all stand together.

"We need to recognize those people that have been left behind: The parents, the spouses, the children - and there are many," Director of the Portsmouth Commonwealth Attorney's Victim/Witness Program, Susanne Dennard, said.

Portsmouth city leaders want victims and witnesses of violent crimes to know they are not alone. There are resources available to help them navigate through court proceedings and experts to lean on when times get tough.

Other events were also held throughout the week, including a self-defense training program and community conversation about human trafficking.

The ceremony is beginning. The majority of people in the audience are family members of people who have been killed in Portsmouth this past year. You’ll hear from them tonight pic.twitter.com/pgtAXIUJmp