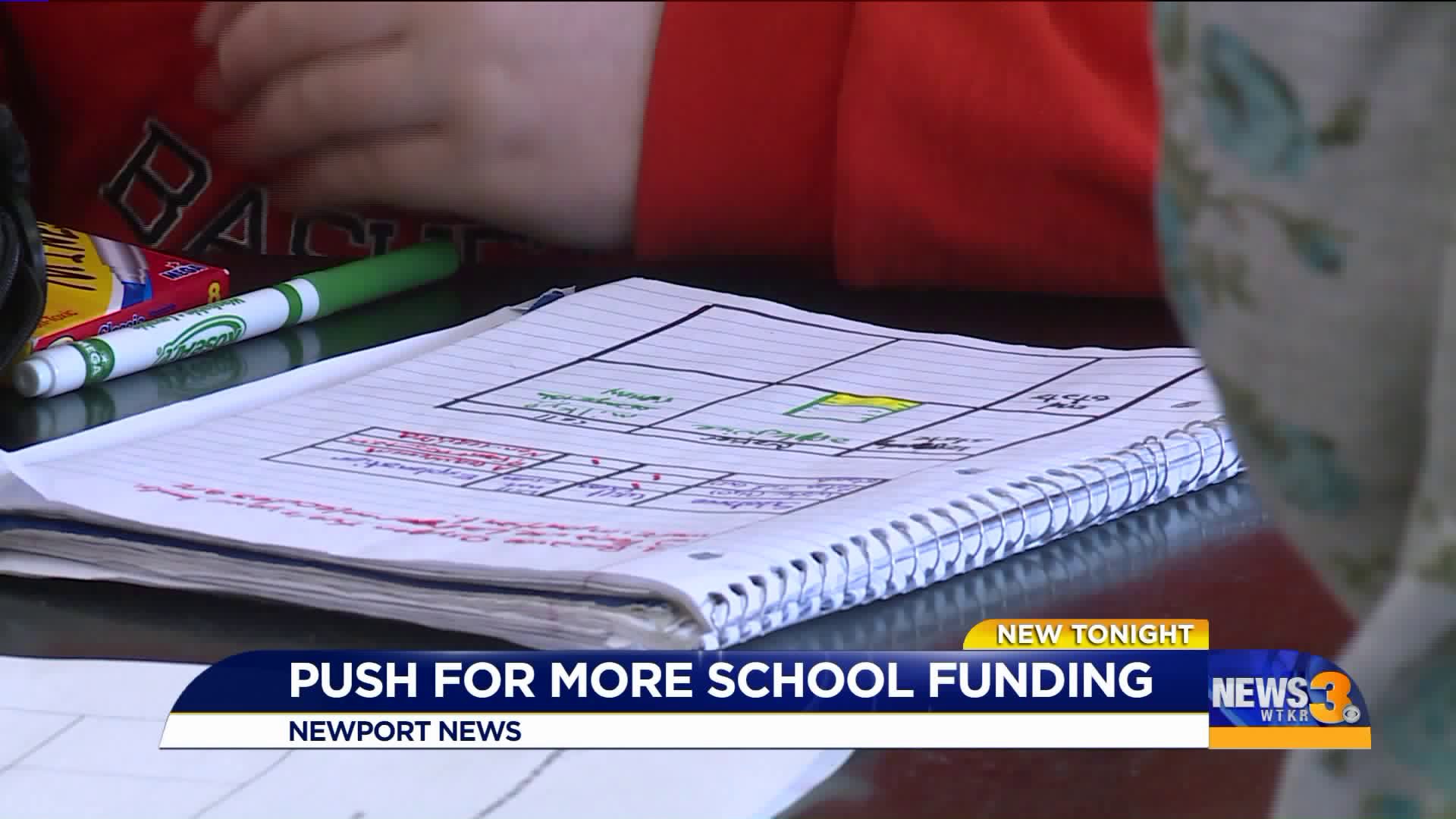 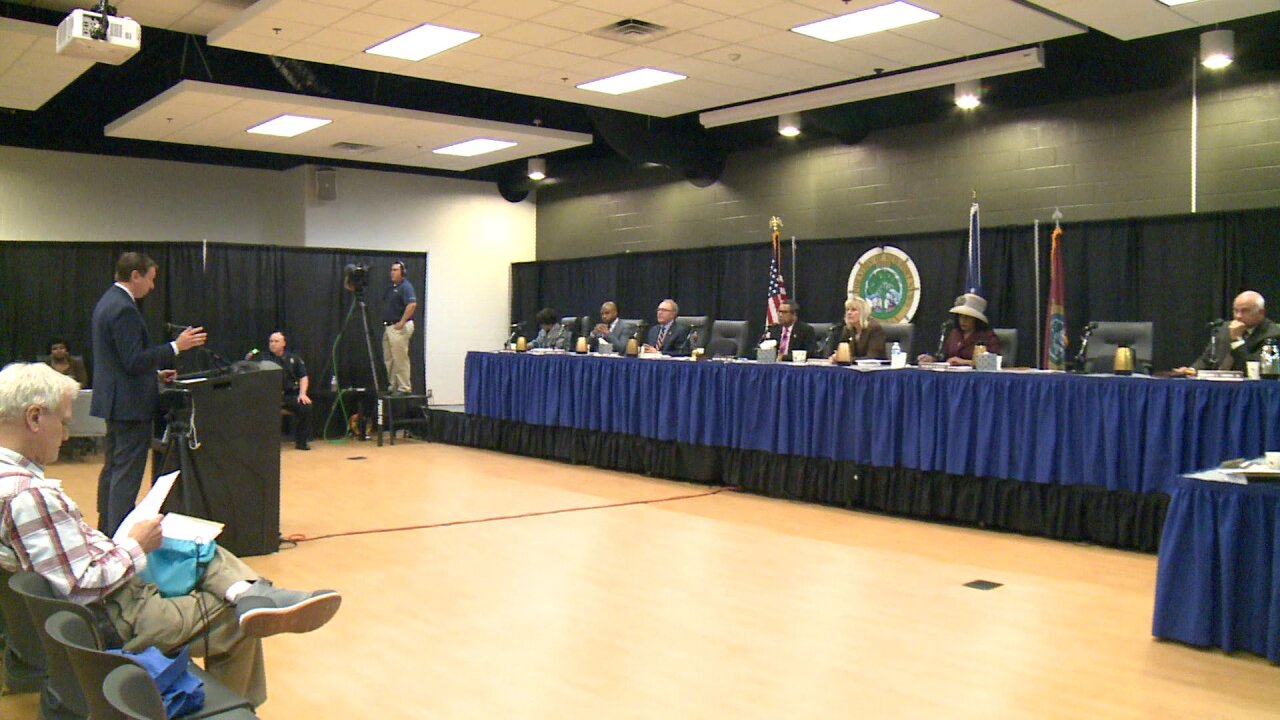 One after the next, community members stepped up to the podium, telling council their thoughts on the suggested budget.

As it stands, City Manager Cynthia Rohlf is proposing $900 million for the 2020 fiscal year. She says it "meets the objectives of funding pension and health care obligations, support to schools, debt payments, maintaining infrastructure, and providing a salary adjustment to employees."

News 3 took a look at the numbers, and they're broken down into eleven categories, including general fund, school operating fund and waterworks.

You'll notice, however, that school funding is set to stay the same, despite the school board asking for $2.4 million more.

Newport News Education Association Executive Board Member Mary Vause says when the schools don't get money, the students are the ones who suffer.

"We would just like the city to share that [money] with the schools because our children are our greatest resource in Newport News."

Some council members, including Mayor McKinley Price, believe there are other ways for teachers to get more pay without increasing the budget. He says they could come from existing funds like the surplus.

Two public hearings have been held for people to voice their concerns so far.

The council is expected to vote on the budget sometime in May.