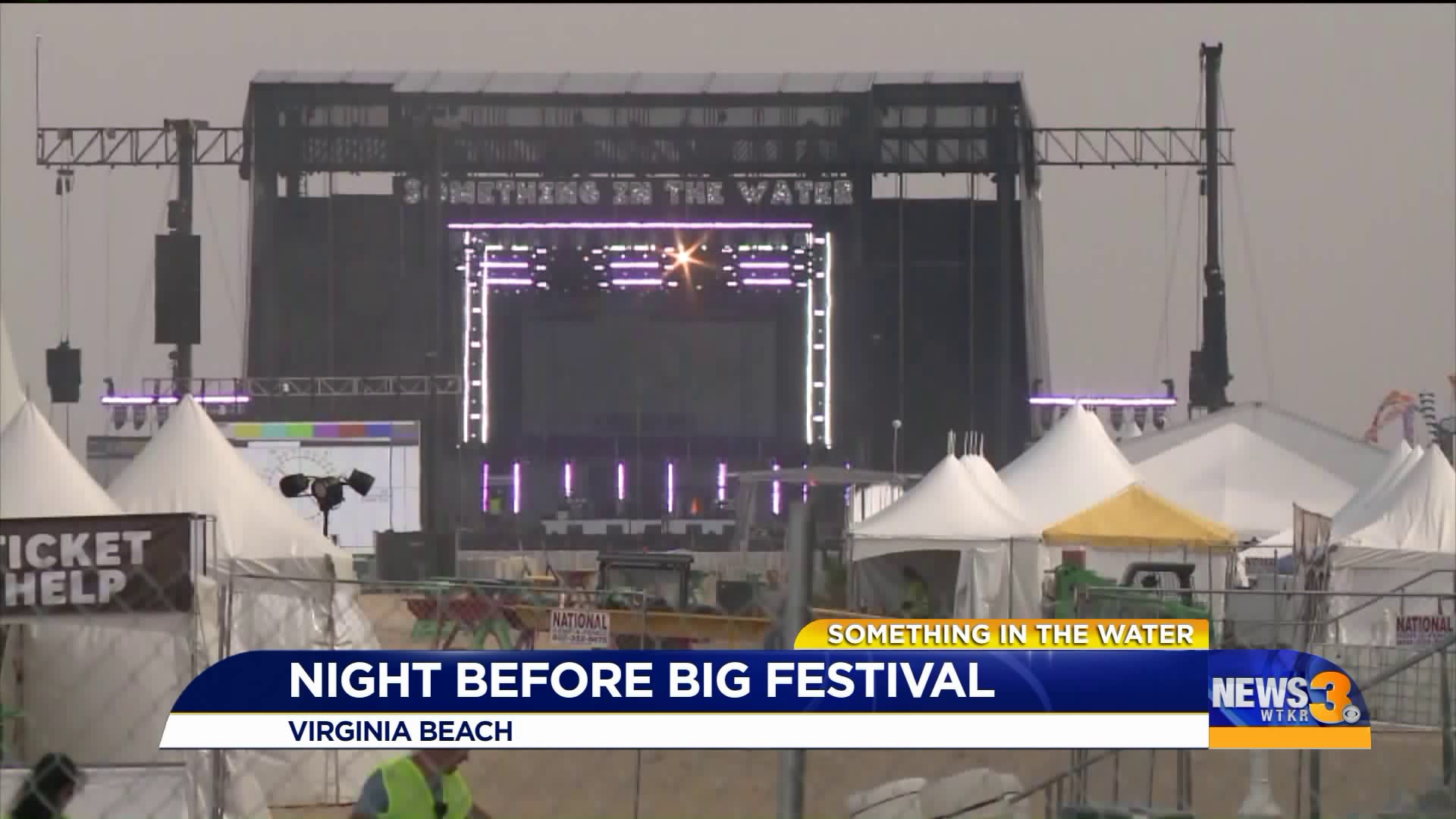 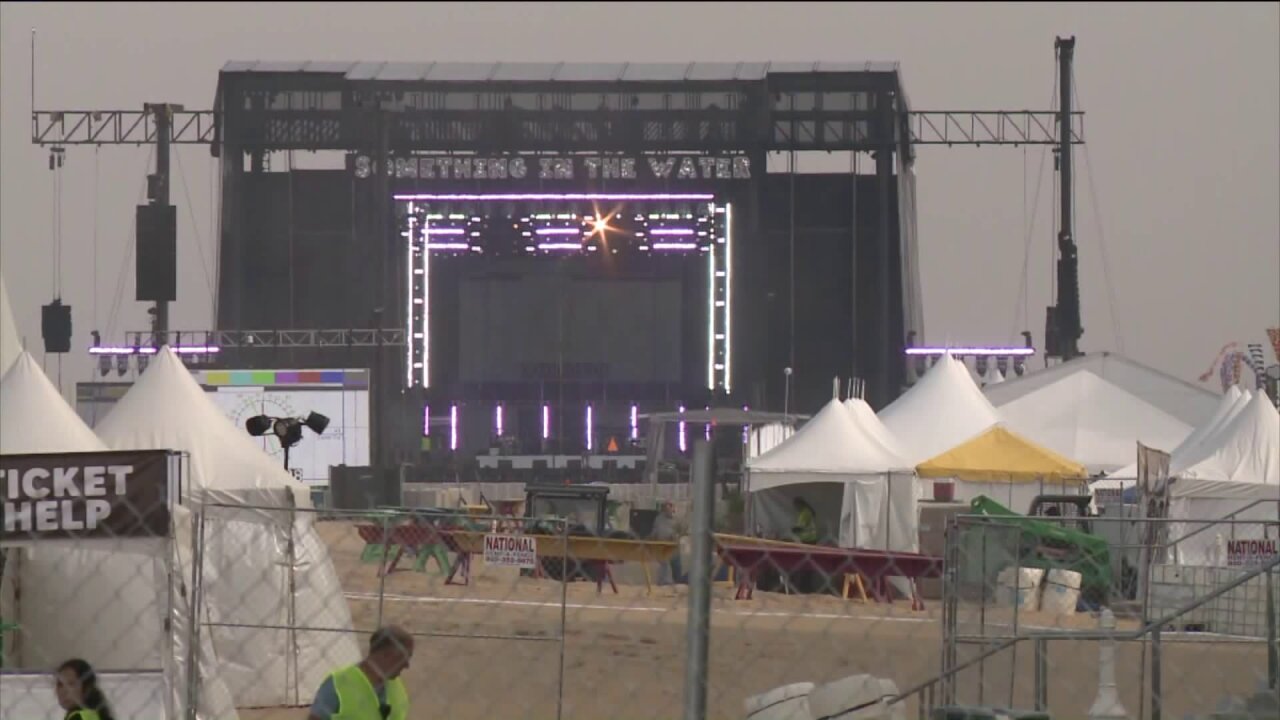 VIRGINIA BEACH, Va. - It's crunch time at the Oceanfront as we're less than one day away from the Something in the Water festival.

On Thursday, crews raced against the clock to put the finishing touches on the beach venue.

Metal detectors were installed, large inflatables swayed in the wind and food vendors were in and out dropping supplies.

The festival is expected to be so far-reaching that people will be coming from all over the country. Julio Arzu is from Boston but told News 3 he wouldn't miss the festival for anything.

"I've been coming down to Virginia for the past 8 years now, so I was really excited to hear about a music festival coming out. It’s the first time a big music festival is hitting the Virginia Beach scene," he said.

Some locals going to the three-day music festival said you could already feel the atmosphere at the Oceanfront change, and not because a storm is on the way.

As more people check into hotels, Esteban Guzman thinks that feeling will only intensify.

“I just believe that it’s going to be a different vibe the whole weekend - with the art, with the music - it’s something never before seen. People are just going to be in a vibe that none of us have ever experienced before.”

Even though tickets and shuttle passes have sold out, some folks aren't going to stop trying to get their hands on one - as long as it's in a safe way.

"I would rather get a ticket from someone in person who is in Virginia instead of getting something I can’t use because that’s a lot of money wasted and that’s not good for anybody," Destiny Watson said.

During an event of this size, safety is a top priority. There has already been a strong police and security presence both on the boardwalk and in town.

Click here for our full coverage of the Something in the Water festival.