PORTSMOUTH, Va. - People in a Portsmouth neighborhood are fed up with trash littering their street.

After the renters who lived on Pollux Circle West moved out, the belongings they left behind were brought to the curb. Neighbors said at first, the piles were

stacked nice and neatly in boxes and bags, but shortly after passerby's started rummaging through it.

"It could be dangerous! [There's] no telling what's in all that stuff at the bottom of it - could be chemicals, could be anything," neighbor Deborah Anthony said.

The yard was filled with kids toys, clothes, garbage bags and even beer cans.

"Some of us are out here trying to keep our yards looking good and stuff, but [having that trash next door] doesn't help the situation," one person said.

Neighbors tell News 3 they reported it to the city, but nothing was done. At times, they said they saw city workers drive by the home, take pictures and then leave.

News 3 reached out to the city to get some answers. City Spokesperson, Dana Woodson said they did have complaints from neighbors, so an inspector was sent out to check on things. After looking over the property on Wednesday morning, the city promised to have the yard cleaned up immediately.

As the saying goes, "they made good on their promise" and the garbage was cleaned up in about 20 minutes.

Neighbors said they're just happy the city has finally listened to their concerns. 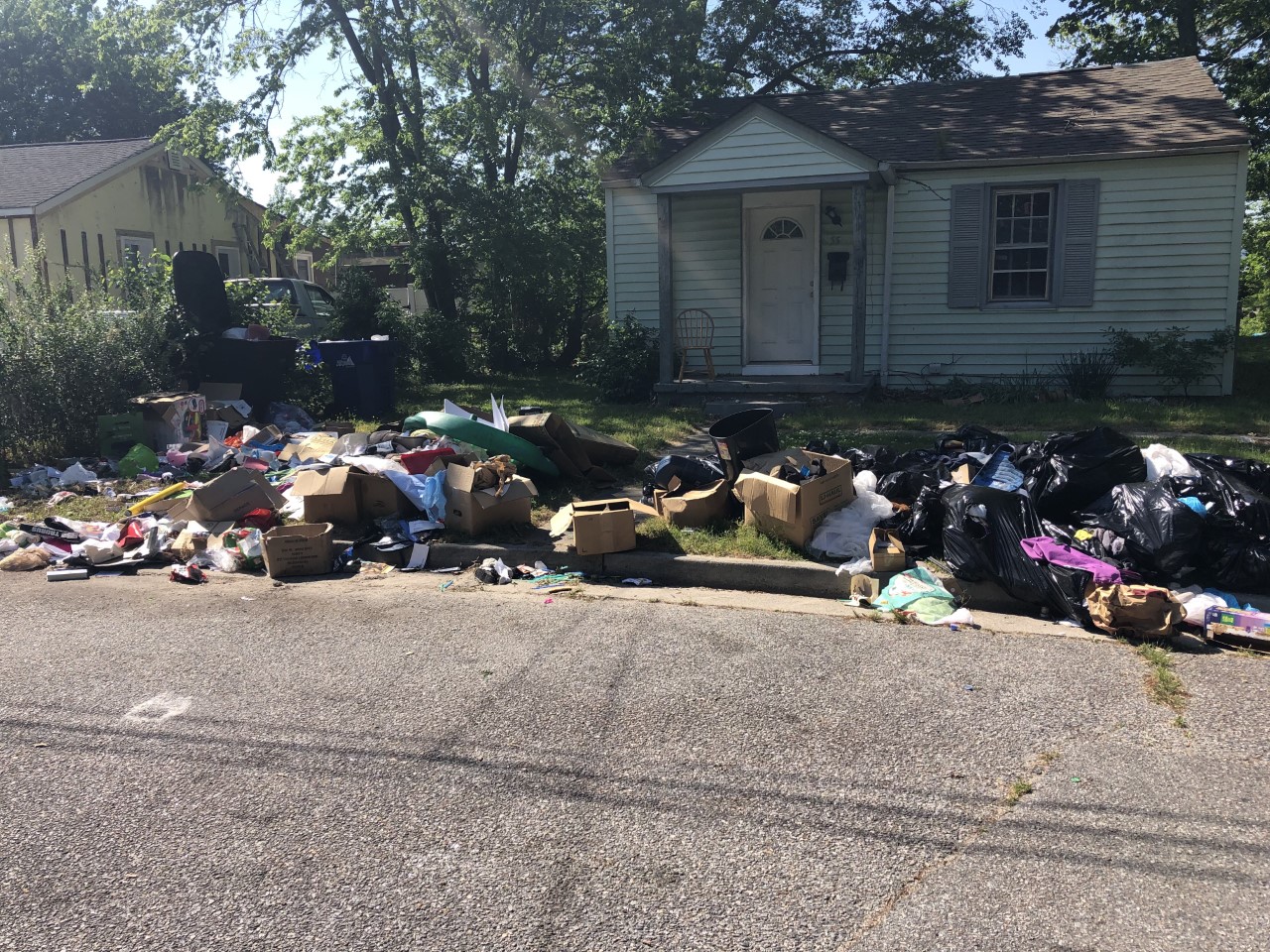