VIRGINIA BEACH, Va. - A man accused of trying to rob the Wells Fargo bank at 301 Little Neck Road is in custody thanks to help from one Good Samaritan.

At 1:50 p.m. Tuesday, dispatchers received this call for a reported robbery at the bank: "[We just] received a call from a teller that was under a desk. [She] stated that someone entered the bank with a hatchet."

A preliminary investigation revealed that the man entered the bank carrying an edged weapon and demanded money.

The man then fled the bank - but not without getting past local hero, Duana Owens. Owens was sitting in his car when he saw the suspect run inside and then out again quickly.

"Once the teller came out, she had mentioned that he had a hatchet and the way she just kept backing up, I [saw the] fear in her face," he said. "I approached him [out front]...and I told him to get down on the ground. He didn't hear me right then, so I said it again and that's when he got on the ground."

The man stayed on the ground until officers arrived on scene. On Wednesday police said 36-year-old Tobias Hunter Hill of Virginia Beach was arrested and charged with robbery.

"[Police] said they couldn't really find too many citizens like me," Owens said. 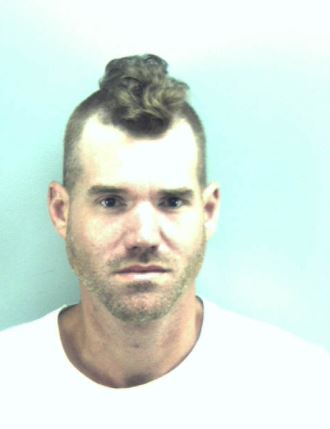