NAVAL STATION NORFOLK, Va. - When you see military K-9s in action, it's usually a German shepherd or something similar. But in the U.S. Navy, there's a new breed in town.

Bud the golden retriever began working at Naval Station Norfolk in January and is one of the newest military working dogs on base. He may be one of the most popular dog breeds in the country, but he's truly one-of-a-kind.

“He’s the only golden retriever in the Navy," said MA1 Dustin Tyler, who trained Bud. "He is young and he’s a different dog, but he’s one of the best dogs we have in our kennel.”

Bud, who is two years old, was scouted last year. MA1 Tyler says the Navy looks at things like temperament and drive and took a chance on Bud.

"He turned out to be a great pick," he said.

Spending months working on detection, the safety of the base and the people on it falls on Bud's cold nose. He spends of a lot of time looking through cars headed through the base gates.

"He's looking for things that are not allowed on base," said Officer Brian Gardill, Bud's handler, of potential illegal contraband that could pose a threat.

If Bud finds something, he'll give Officer Gardill a signal and, "...from that point, I'll act accordingly," he said. 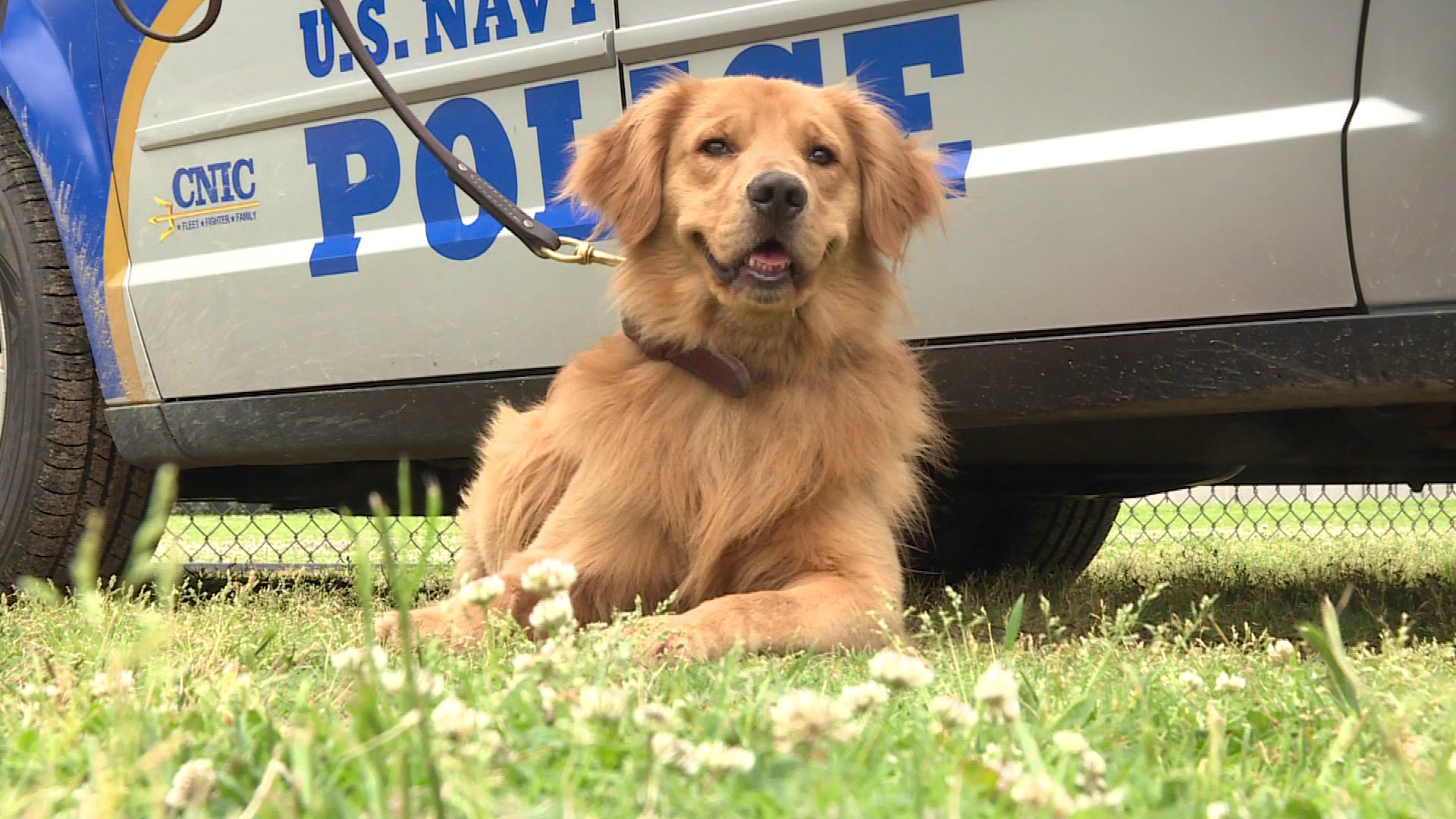 When not searching, the two work on obedience and, yes, Bud gets paid for his work every day in tennis balls, which are his favorite.

At the end of the day though, he's still a dog who loves to play.

“His temperament is a lot different so I’ve had to adjustment from what I’m used to with the other breeds, like German shepherds," said Officer Gardill. “I think he has a happier demeanor overall than everyone else.”

But that happy-go-lucky attitude doesn't hold this dog back. Out of 17 working dogs at Naval Station Norfolk, he's right at the top of the pack.

Bud's maybe the goodest boy on base and he just happens to be golden.