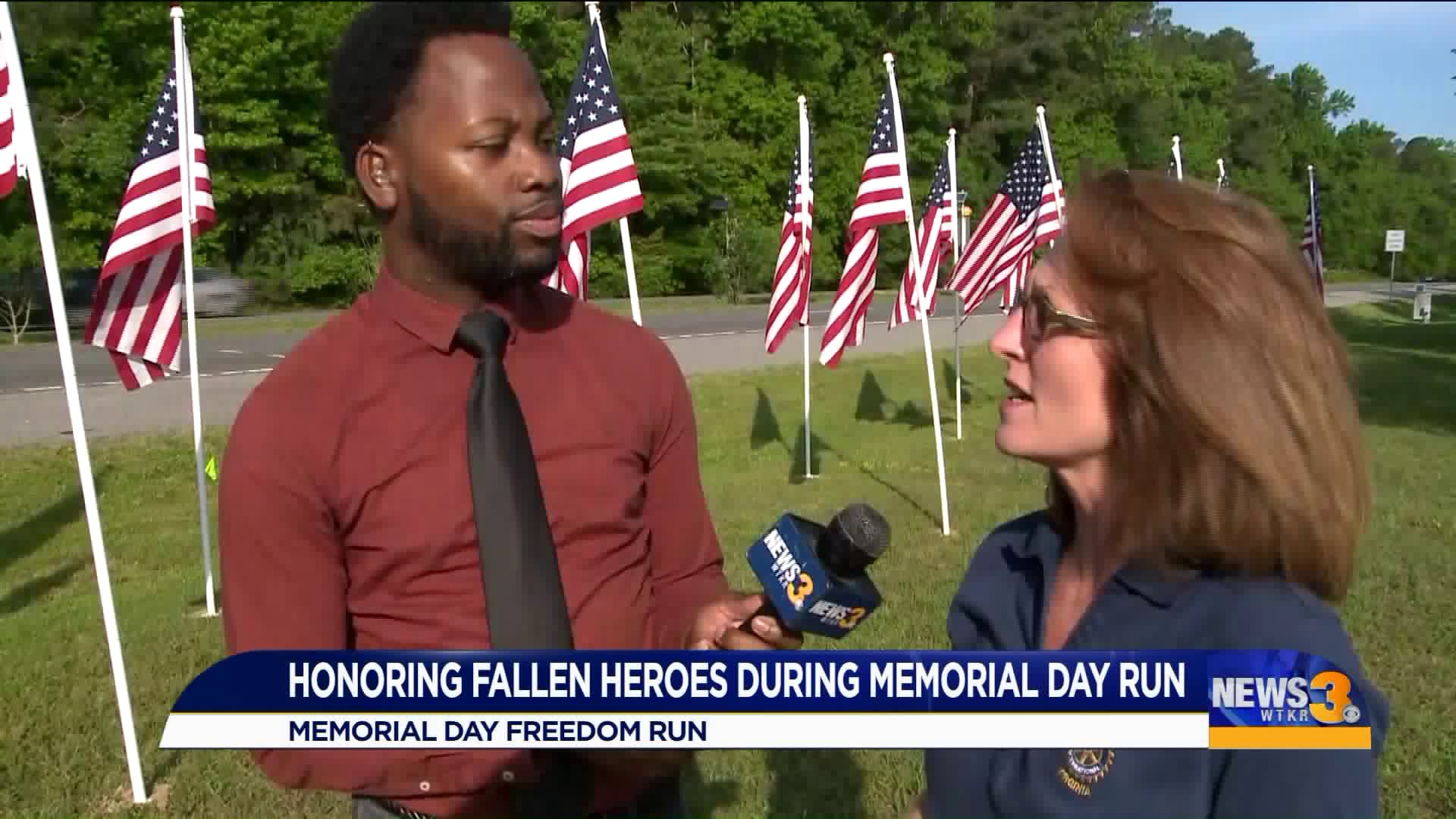 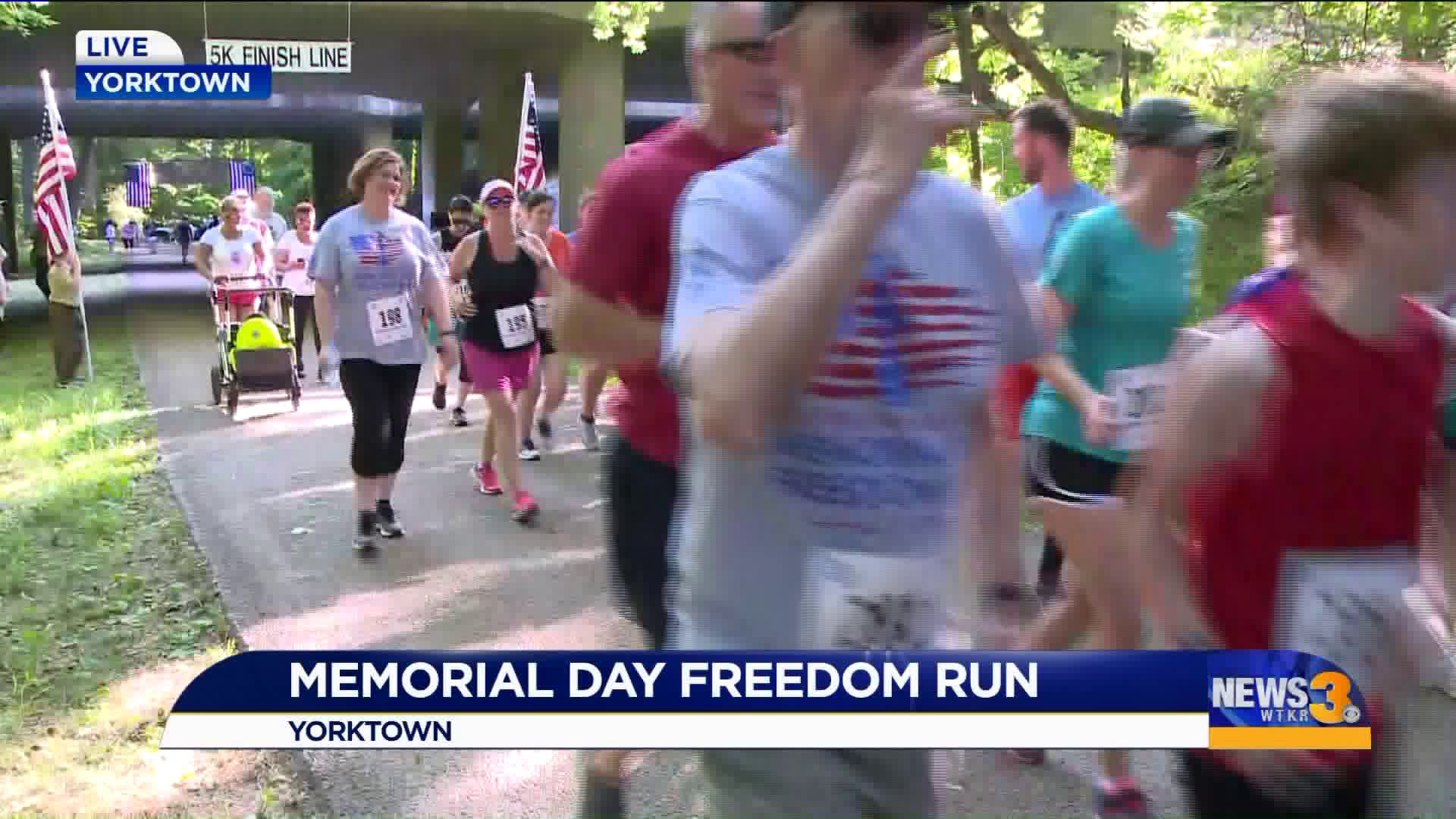 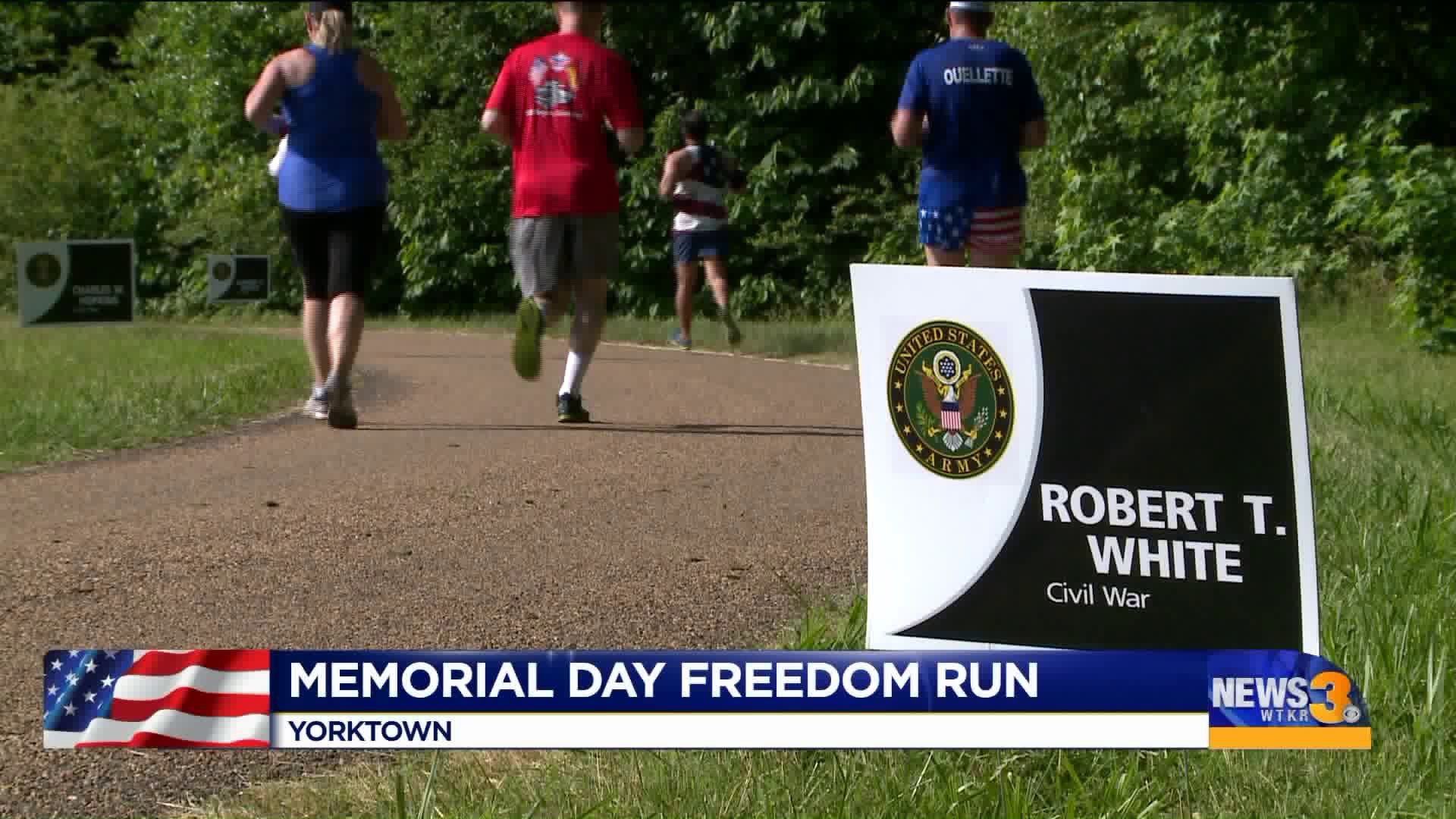 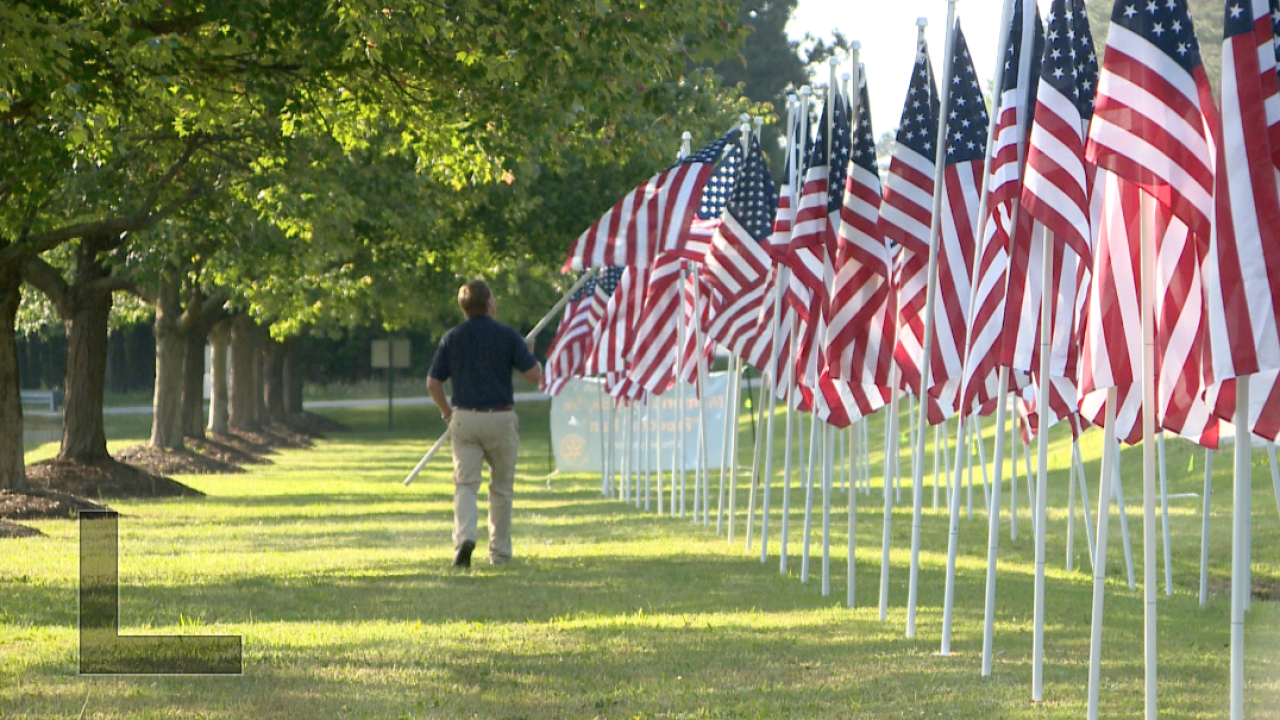 YORK COUNTY, Va. – More than 200 people took to the Yorktown battlefield trails on Monday to run in honor of the fallen.

Organized by the Yorktown Rotary Club, the Memorial Day Freedom Run is an 8K race and a 5K fun run that pays tribute to those who fought and died for this country. It started at 8 a.m. with the Star-Spangled Banner followed by the shooting of a cannon. The race ends at Surrender Field.

“I always have a heart for Memorial Day because I happened to see a lot of it and it breaks my heart every time I think about it," said White, who lives in Hampton.

The Freedom Run used to be on Independence Day, but was moved to Memorial Day several years back. Even though the race part is still important, Yorktown Rotary Club President Michelle Pollock says it's become more about commemorating lives lost.

With Pollock's husband and a number of family members in the military, it's personal for her.

"It's my whole life so when I hear about the men and women who have given their lives, there's nothing more important to me," she said.

Leading up to the run, the Rotary Club and other volunteers placed 100 American flags along Route 17 in front of York High School, which sits close to the race route and new this year, the club placed 130 signs along the route showing local veterans who lost their lives fighting.

The names represented went as far back as Bacon's Rebellion.

Her message this Memorial Day? Don't take anything for granted.

“Memorial Day is definitely for relaxing and having fun, but also for remembering the fallen because they’re the reason you’re able to do what you do," she said.

Those still with us, like White, certainly won't forget. Even 70 years later, war still haunts this Bronze Star recipient and D-Day survivor's dreams.

For more information about the Freedom Run, click here.