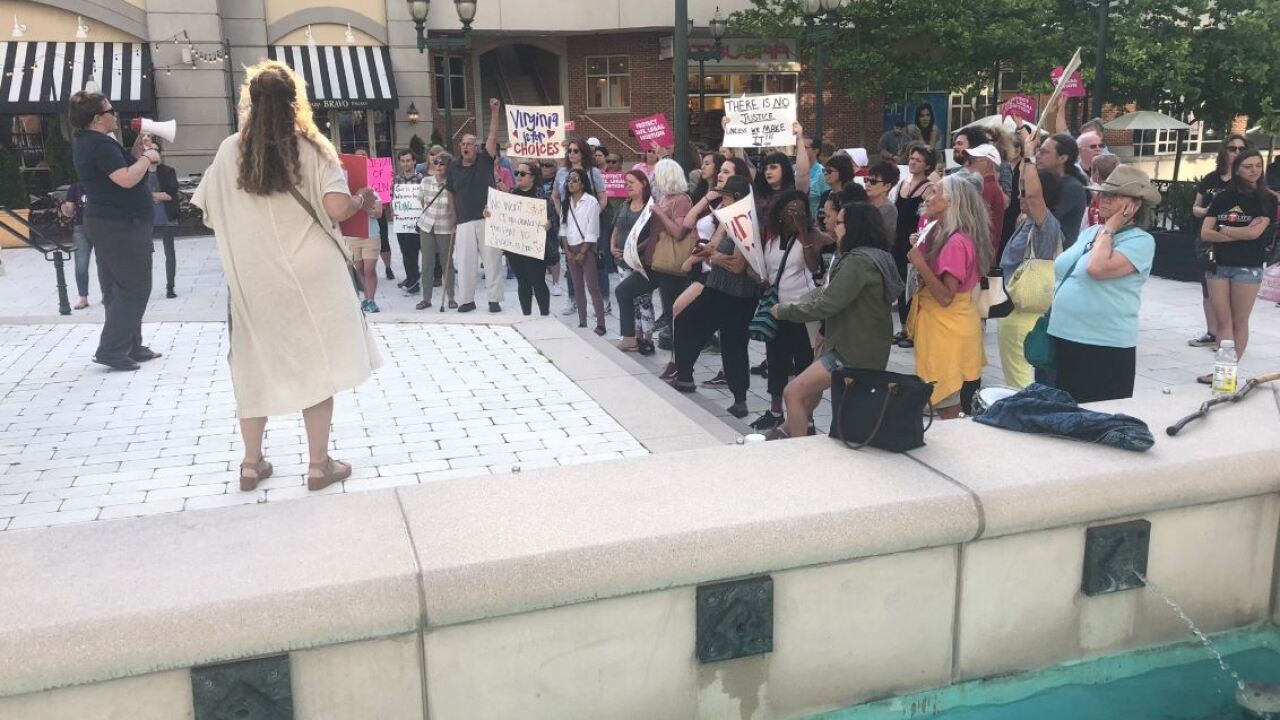 The law makes terminating a pregnancy illegal in almost every case, including rape and incest. The Republican-led Senate voted 25-6 to pass HB 314.

In retaliation to the new law, demonstrations took place across the country, including in Virginia Beach.

Things are heating up out here in Virginia Beach during the #StopTheBan rally. We have people both for and against abortion – men and women of different ages https://t.co/aAS2YPNONF via @WTKR3 pic.twitter.com/T71Z9OzmlK

“So often this is thought of as a women’s issue, but this is not a women’s issue; this is a human rights issue,” said the organizer of the Town Center protest, Amanda Mileur.

Men and women of all ages showed up with posters and signs, ready to share personal testimonials.

However, on the other side of the fountain, there was another perspective: Pro-life.

One man told News 3, “For a Christian, you have to put the love of Christ in it. So, we love God and because I love God, I can’t be silent about the image of God being destroyed and disposed of as medical waste.”

Those advocating for “Stopping The Ban” said at the end of the day, it’s so much more than pro-choice vs. pro-life.

“It’s just not acceptable if we’re to be considered full and equal citizens in this country,” Mileur said.