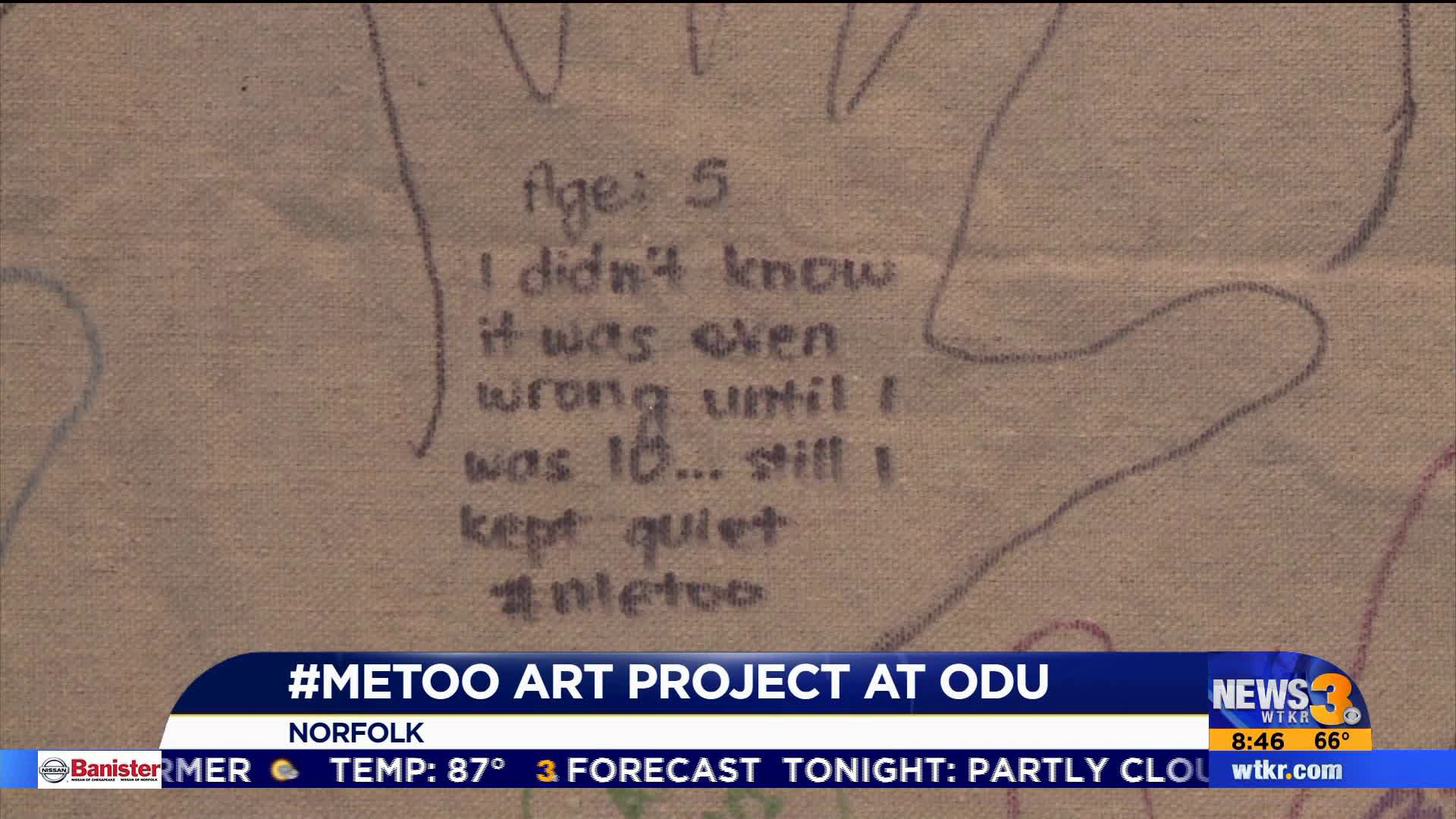 An Old Dominion University art graduate is creating a space for sexual assault survivors to share their stories. 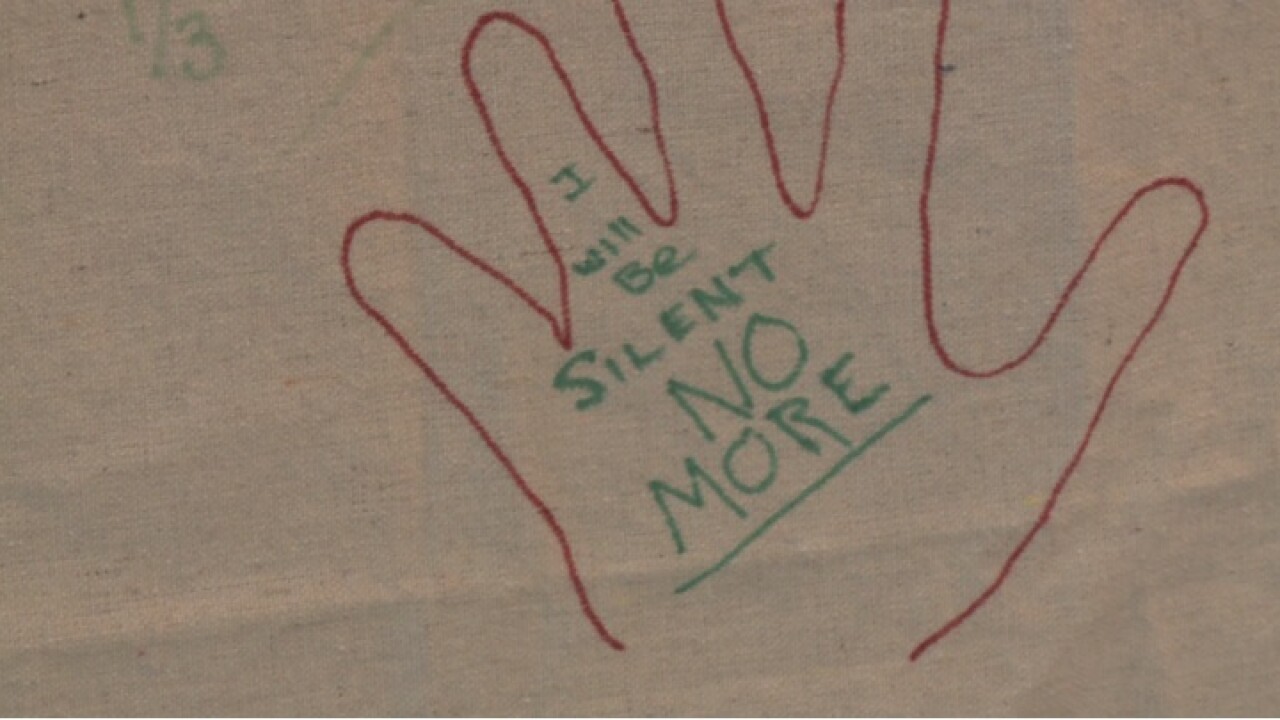 NORFOLK, Va. – An Old Dominion University art school graduate is creating a space for sexual assault survivors in Hampton Roads to share their stories with the #METOOATODU art project.

“These people are all the [sexual assault victims] who are unseen and unheard, and to be able to give a platform for them to have a little chance to say something means so much,” said recent ODU graduate and artist Elizabeth Lowney.

Lowney said she came up with the idea for people to anonymously share their stories on a canvas after overhearing someone say they did not believe the people coming forward in the #metoo movement.

“I have a child who was sexually assaulted when she was 13,” she said.  “So it really hit me hard too, and just opened that wound back up for me.”

Lowney’s daughter, now an adult, told News 3 she was proud of her mother’s idea to use their experience as motivation to provide a space for other survivors to speak up.

“They carry that kind of like a wound their whole lives. A scar that is not visible to us. But it`s still a trauma they have to survive,” the artist said, referencing the stories on the canvas about sexual assault endured during childhood. “You’re not alone anymore.”

Lowney started the project in March when she put out a blank canvas panel, a set of markers and rape reporting and counseling information in the Webb Center on campus.  In the two months since, Lowney had to add two more panels to keep up with the number of people sharing their stories.

“Standing in front of it, it feels very powerful. Very overwhelming,” she said. “I get chills from seeing the stories people have shared here.”

The art project is not specific to students who have experienced sexual assaults on the ODU campus or during their time as a student at the university.  Lowney said it does offer a space for everyone in the community to speak up while maintaining their anonymity.

“We are with you. We believe in you. Hold on to your strength,” said a message of support written on her canvas.

The project will be on display at the Barry Arts Building on campus until the end of the month. Lowney hopes to expand the project to other colleges and universities in the future. Old Dominion University offers counseling services for survivors at (757)683-4401.