Beer Brewing 101: ODU class teaching the next generation of brewers 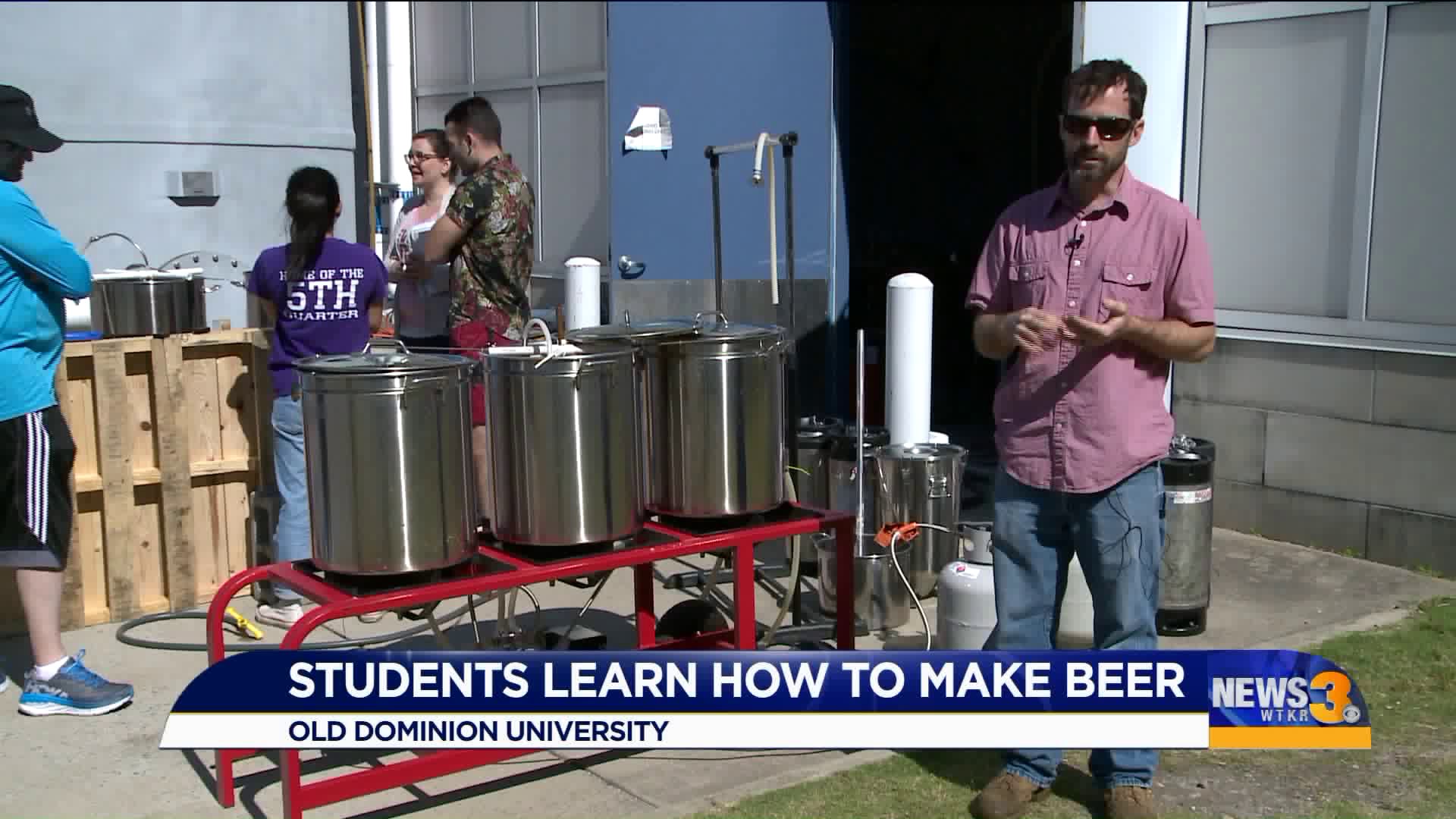 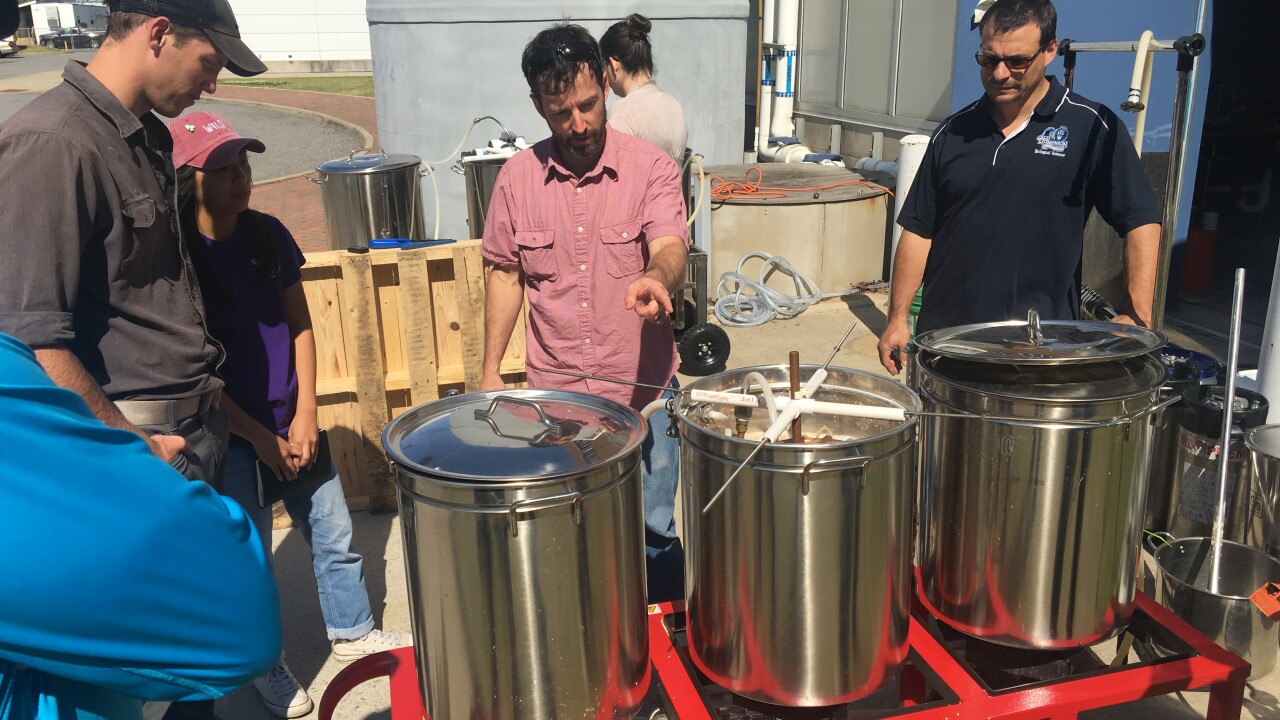 NORFOLK, Va. - How does this sound for a college class? You tour local breweries, sample some beers and then make your own.

It's a real thing and it's taught each May at Old Dominion University.

Just scroll through the ODU Biological Sciences course list until you find BIOL 411/511. Zymology: Fermentation Science (no, it's not actually Beer Brewing 101); an upper-level course that teaches students about fermentation and the process of brewing beer.

Biology professors Dan Barshis and David Gauthier have been brewing since their own college days and were able to convince ODU to start a class a few years ago.

10-12 students take the roughly three-week course, which does include classroom work learning about the process of fermentation. However, throughout the length of the course, the class takes field trips to local breweries to sample different beers.

"[The breweries] have been really supportive with the students. There really aren’t a lot of options for education and brewing science so I think the brewing industry is hungry for people with some kind of training," Barshis told News 3 when we visited Brewing Demo day.

Eventually, Barshis and Gauthier hold a Brewing Demo day where they teach their students the start-to-finish process of brewing beer. The next week, students brew their own.

“It takes about four hours, three to four hours, to make a batch and then it’s gotta ferment for about two weeks and then it usually sits in a bottle for another two weeks or a keg for about a week, so (the process takes) about a month from start to finish," said Barshis.

The equipment used in the class is a small-scale version of what you would find at any brewery, Barshis says.

The goal is that students leave with the knowledge to get a job in the brewing industry or start a brewery themselves.

"Right here in Hampton Roads, we’ve seen ten breweries open since we started teaching this class and we can’t even get to all the breweries now in the area," said Barshis. "It’s really a marketable skill. If I had taken this class, maybe I wouldn’t be a coral biologist. I’d be a brewer or a brewing scientist. It’s really a chance for us to combine our love of science with our love of brewing and share that with students in class form.”

Eventually, Barshis and Gauthier would like to see a certificate program in brewing where students can also learn the business side of the industry.

ODU students interested in taking the class must be 21 or older and, according to the ODU course list, there are several Biology prerequisites that must be taken prior.