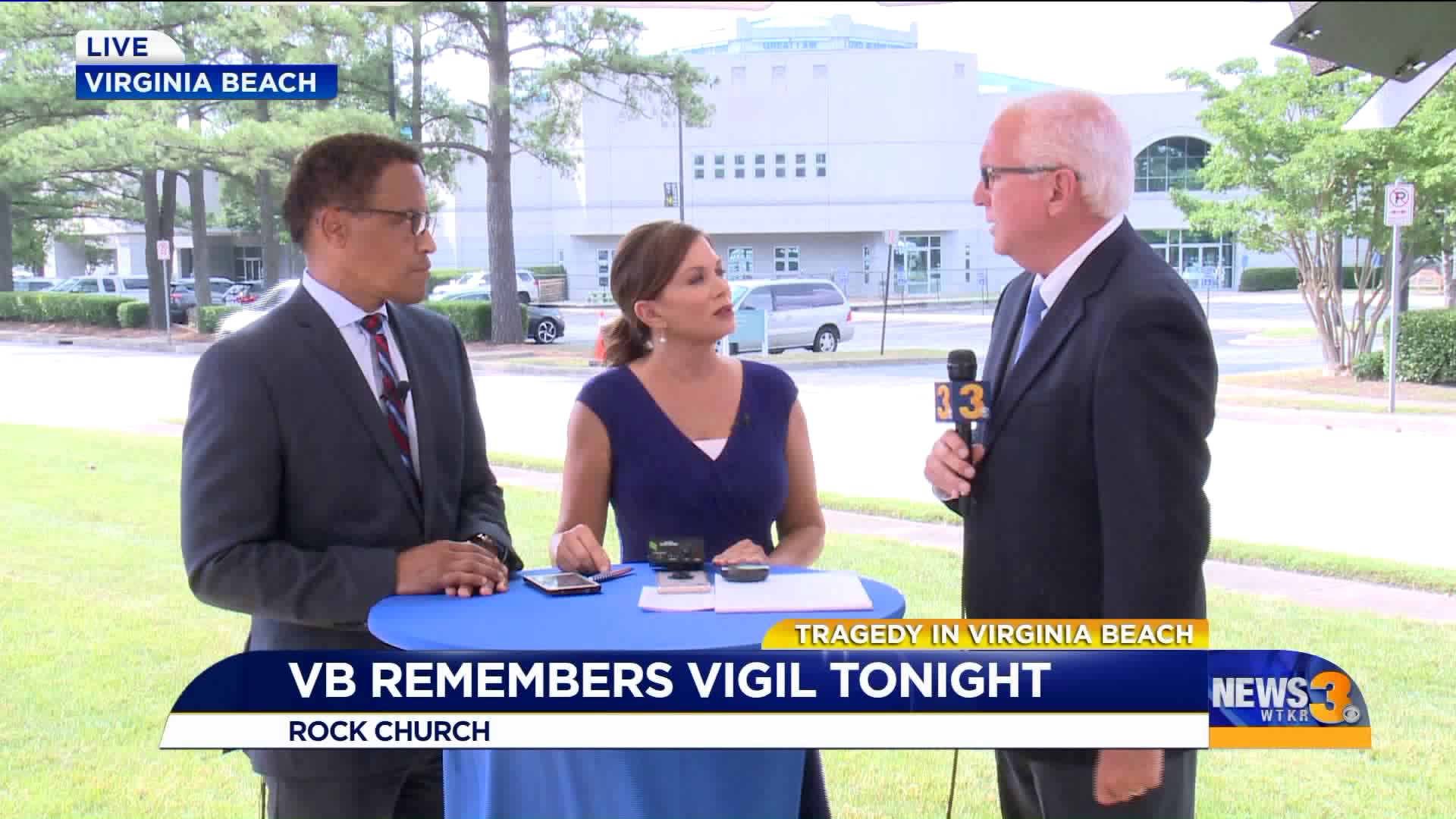 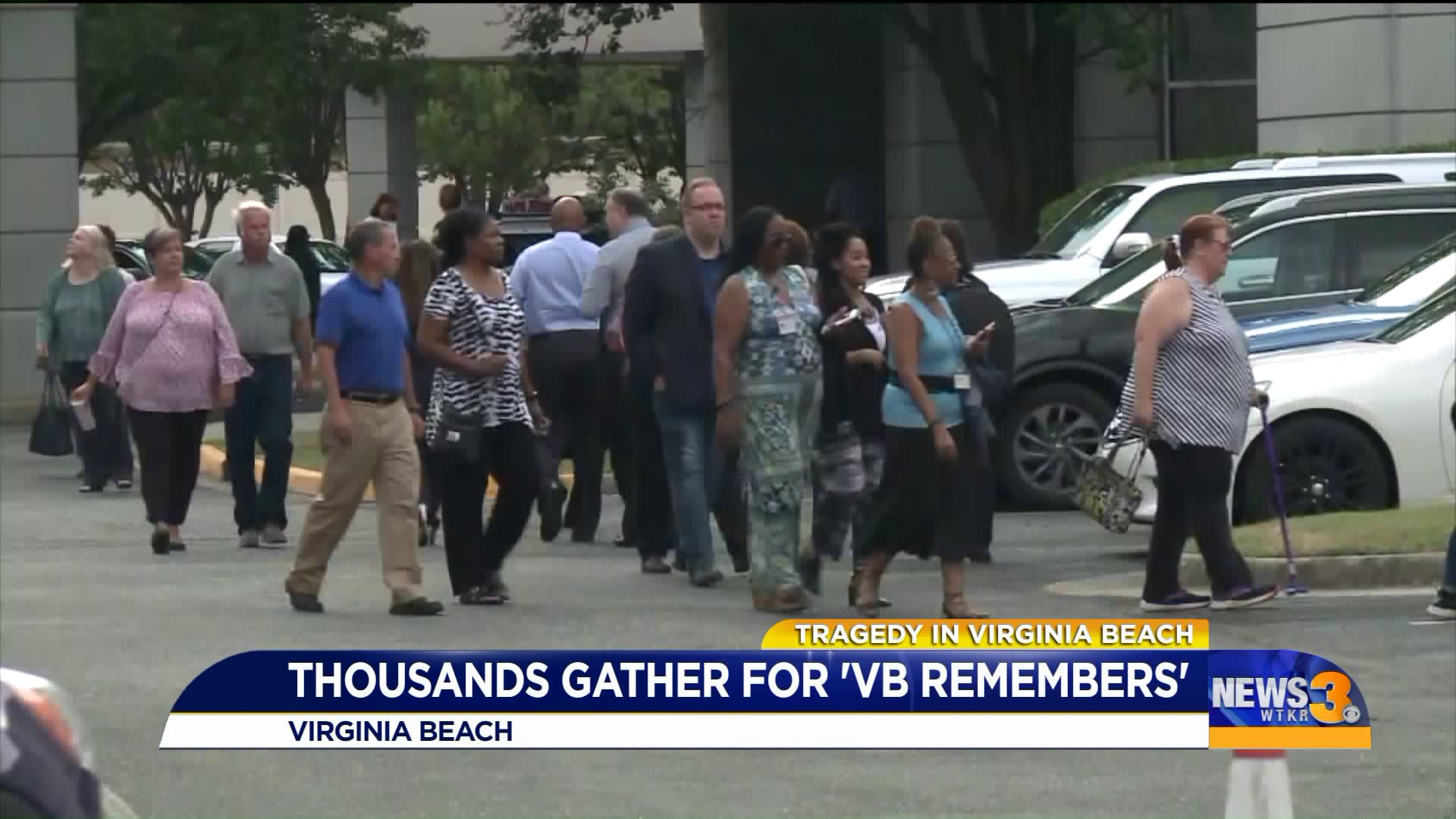 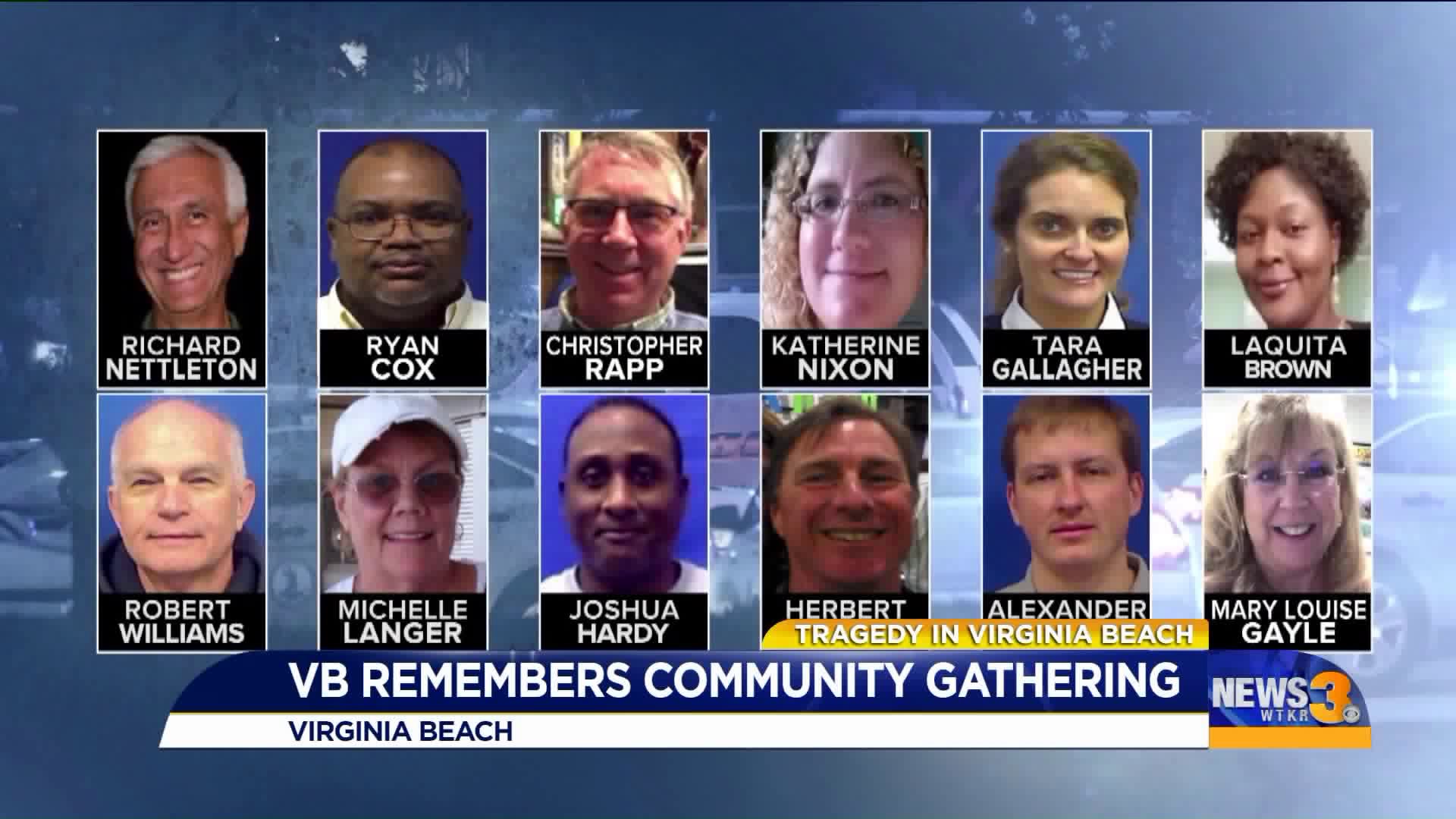 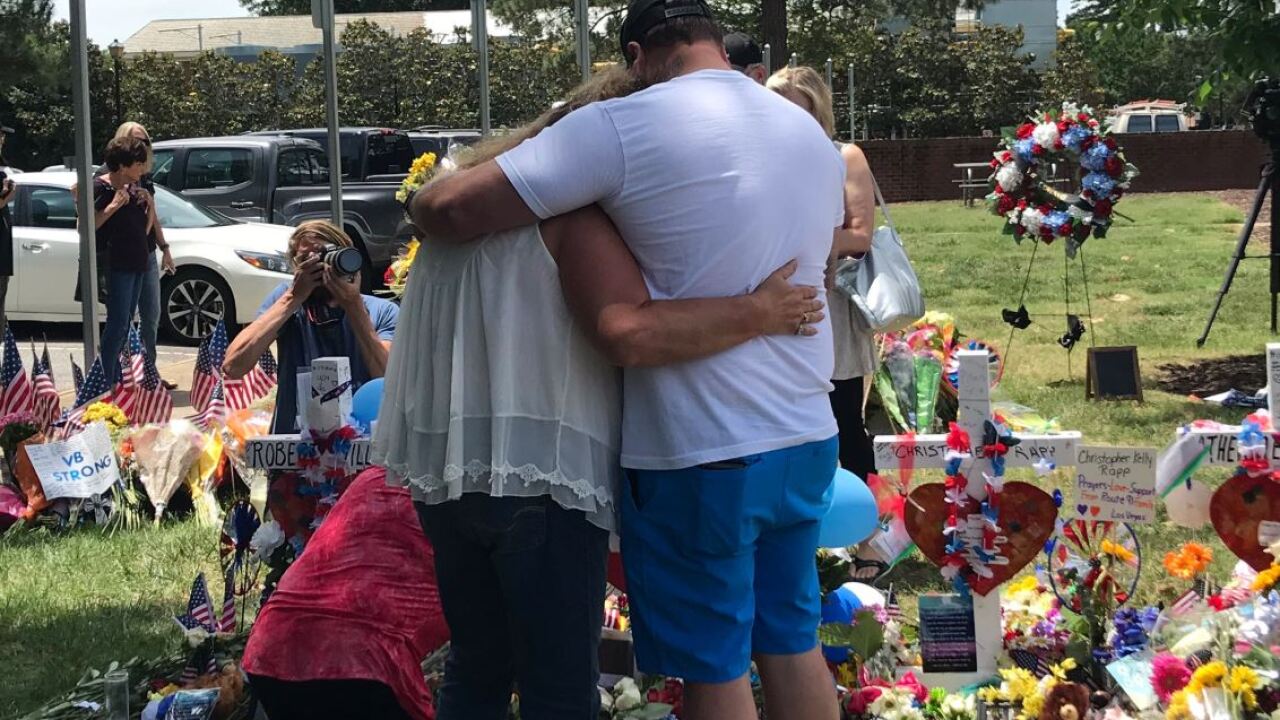 "VB Remembers" is a community gathering that gave people a chance to be there for one another and grieve. The victims' names were also read so people could honor them.

The place was packed with people. The sanctuary at Rock Church holds more than 5,000 people, and 400 additional chairs were added to reach maximum capacity.

Among those in attendance were Governor Ralph Northam, First Lady Pam Northam, Congresswoman Elaine Luria and a number of city leaders, according to Virginia Beach City Councilman Michael Berlucchi.

The program featured speakers of all backgrounds, music from Symphonicity-Symphony Orchestra and other local acts – a chance to show the area’s religious and cultural diversity.

"Whether you're Christian, you're Jewish, you're Muslim, you're Buddhist, Hindu or that new breed called 'none of the above,' you are welcome here tonight," said Gordon Robertson, the CEO of the Christian Broadcasting Network. "Look at all the people from this community that has come together to show you, the families of those who were lost in this tragedy, and show the survivors that we're with you, that we have decided to live."

"In this time of grief and mourning, the goodness of the people of Virginia Beach is shining bright," Governor Northam said.

If you couldn't make the event, you can watch it streaming in this story and on our Facebook page.