CHESAPEAKE, Va. - For the past four years, Anthony Carter has had the same routine every morning: He defogs his windshield and then runs back inside to grab his breakfast.

When he woke up for work on Monday morning, he had no idea his Lexus would be stolen and that he would have to duck from gunfire.

"I [saw my headlights] moving [from inside], so I came back out and I could see my car backing out of the driveway," Carter said.

He said a young male had jumped behind the wheel of his car and was attempting to steal it. According to Carter and Chesapeake Police, there was another vehicle also parked down the road.

When Carter lunged at his Lexus to try and get it back, he had no idea the men were armed and dangerous.

"[There] was a white pickup truck on the side street that started shooting at me, so I [dove] behind my wife's truck to get out of his range. He [took off] and fired another shot going up the street at me," Carter said. He said both vehicles were following one another as they turned left off of Third Street onto Portlock Road.

The bullets missed Carter, but they hit the front of his house where the rest of the family was asleep inside.

"My niece came out and she was like, 'I heard it hit the wall,' and we looked and we came outside and saw the bullet hole."

The sound also woke 15-year-old DeJuan from his bedroom on the second floor.

As the family was trying to contact police, a tracking device inside the stolen vehicle was monitoring every turn.

"You can see at 4:10 a.m. they stole my vehicle and you can see how they left. They went up and it shows... it shows where they went through, where they got off," Carter said.

The car ended up in Portsmouth, where police were able to document and fingerprint the vehicle. The Carters then towed it back home - only to find thousands of dollars worth of damage.

All four tires were flat, both bumpers were knocked out of place, the front headlight had been smashed and trash was thrown around the interior. Damage aside, he said things could have been much worse.

"I’m grateful for - to be here to tell my story, but I’m angry because like I said, I work hard, I don’t bother anybody, I’m not out doing harm to other people," Carter said.

A police report has been filed, and the family is now working with the insurance company to deal with the damage.

Some of the incident was caught on their Ring doorbell camera, but they're asking neighbors to also turn any of their video over to police.

If you know anything about this crime, you can submit a tip anonymously through the Crime Line. 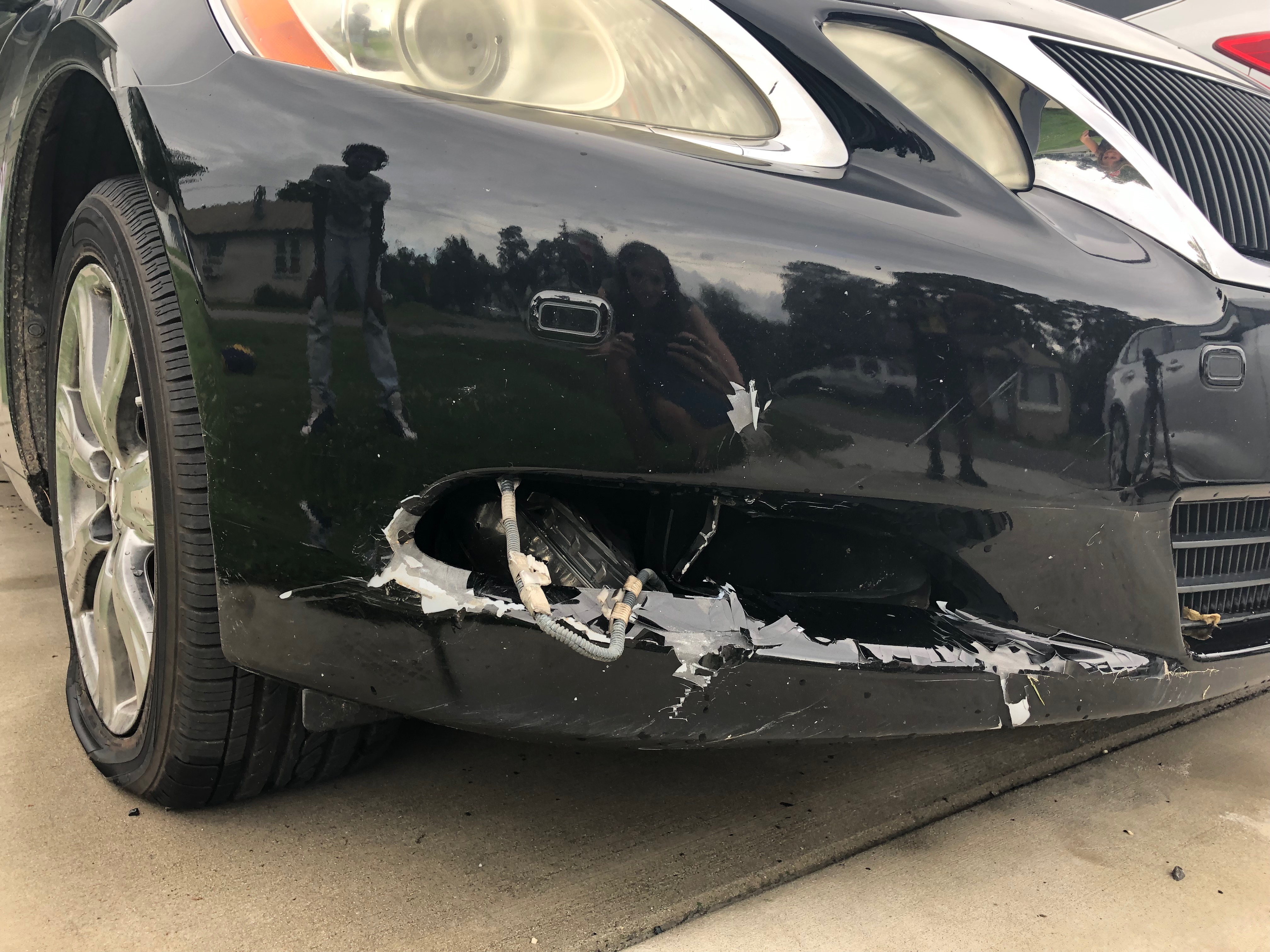