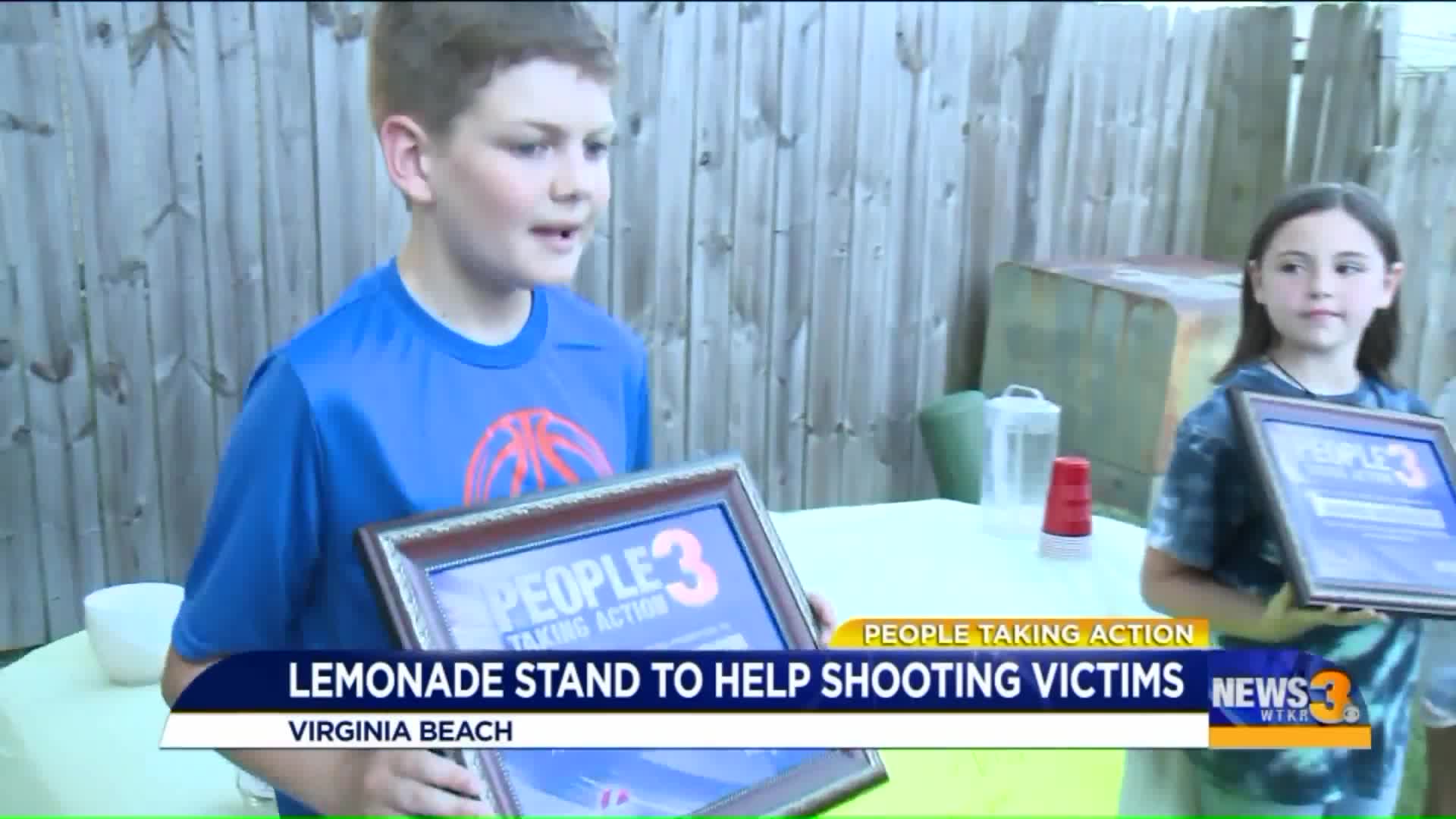 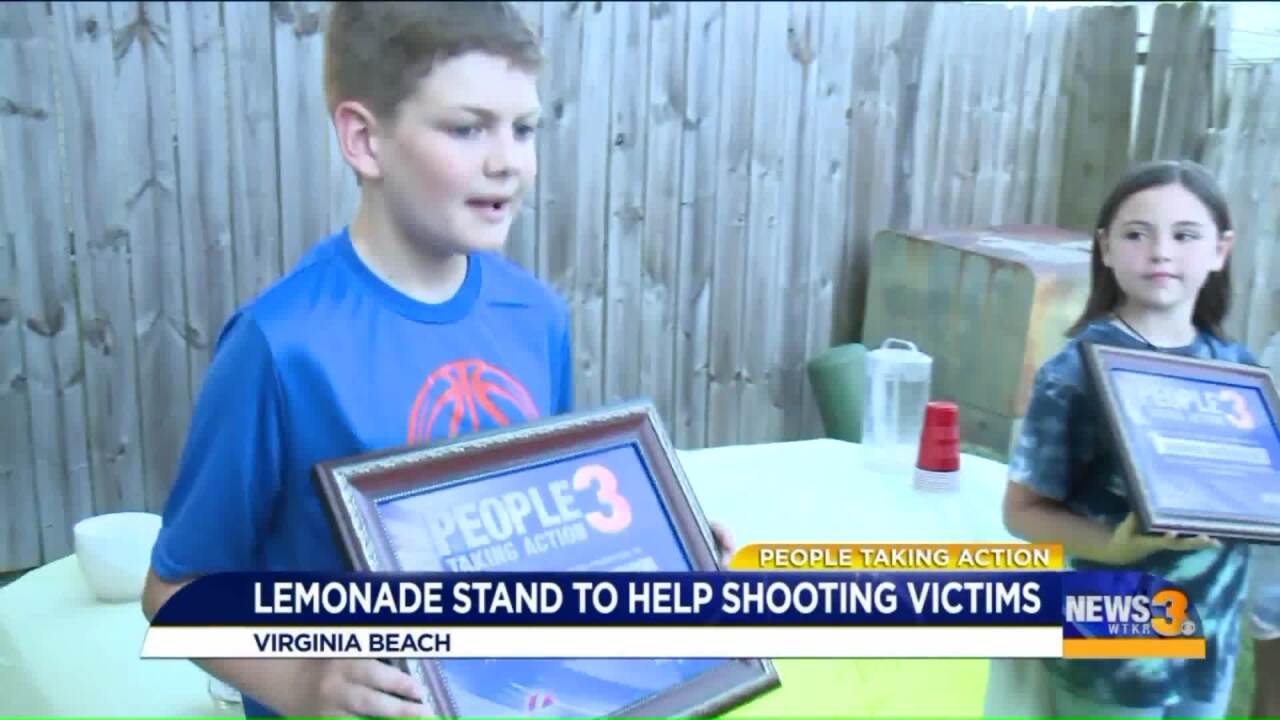 VIRGINIA BEACH, Va. - 11-year-old Landon Hadaway, his 8-year-old sister Julia and their 9-year-old friend Audrey Hathaway set up a lemonade stand this past weekend in their Indian Lakes neighborhood. It's something Julia has been talking about doing for some time.

"Me and Audrey really wanted to do a lemonade stand for a really long time, and so we thought of a day we could do it," she said.

It's a very innocent thing young kids do when the weather gets warm, but then came a grown-up decision on what to do with the money from the lemonade sales - and it was the frightening scenes from last month's mass shooting at the municipal center in Virginia Beach that influenced them, according to Landon.

"Because, like, it was like really scary for the people who have died, and we felt bad for them."

Audrey agreed, "We wanted to do it because we thought, like, if that happened to our family we'd be pretty sad, so we wanted to give them the money."

And in just two hours, they went through about four to five pitchers of lemonade and raised $85 dollars placed in an envelope that read, "Donations for Virginia Beach victims' families."

"I just feel really grateful because, like, I was really surprised of how much money we got," he told us.

"Initially, it was kind of surprising, but not really; they're good kids. I wasn't completely surprised by it."

For their big hearts, News 3 presented the three kids with a People Taking Action award along with a $300 Visa gift card from our community partner, Southern Bank.

If you'd like to take action for the families of the victims from the mass shooting, the United Way of South Hampton Roads has partnered with the City of Virginia Beach. You can text the keyword VABEACH to 41444. You can also click here.