NORFOLK, Va. - The City of Norfolk may soon change the way cars, buses and bicyclists coexist on Granby Street.

The Multimodal Transportation Project involves taking away an automobile lane and adding a bike and bus lane on Granby Street between Bayview Boulevard and Ocean View Avenue.

Project organizers believe this will help shape the future of multimodal transportation in the area.

Dozens gathered in Norfolk on Wednesday to learn about the project and the road ahead.

The city presented results from recent traffic studies they've done. They looked at peak hours on the road and how drivers would be affected in real time. Inman said dropping down to one lane would only cause about a 30-second delay.

Homeowners also have other concerns. Those who live on Granby Street said they are worried about backing out of their driveways.

Inman understands that concern and said that's why the city is holding public meetings - to learn where folks are coming from and to figure out ways to improve that.

Inman said they have also kept Naval Station Norfolk in mind and the traffic coming from that area. She said the city has evaluated traffic management applications to allow temporary use of the repurposed lanes by automobiles in times of exceptional traffic congestion due to unusual activities on base.

During the meeting, attendees also added their opinions on conceptual design options and offered recommendations on the implementation processes.

Avid cyclists said the new design is a step in the right direction.

“I was driving in Ward's Corner earlier and there were two cyclists taking the middle lane and traffic was really backed up, but if there was a dedicated bike lane for those cyclists, traffic would be able to move freely right by them and everyone would be happy," Norfolk resident Rachel Mcall said.

Overall, the city is not making any immediate decisions. There will be a public comment period open to the public until July 17. 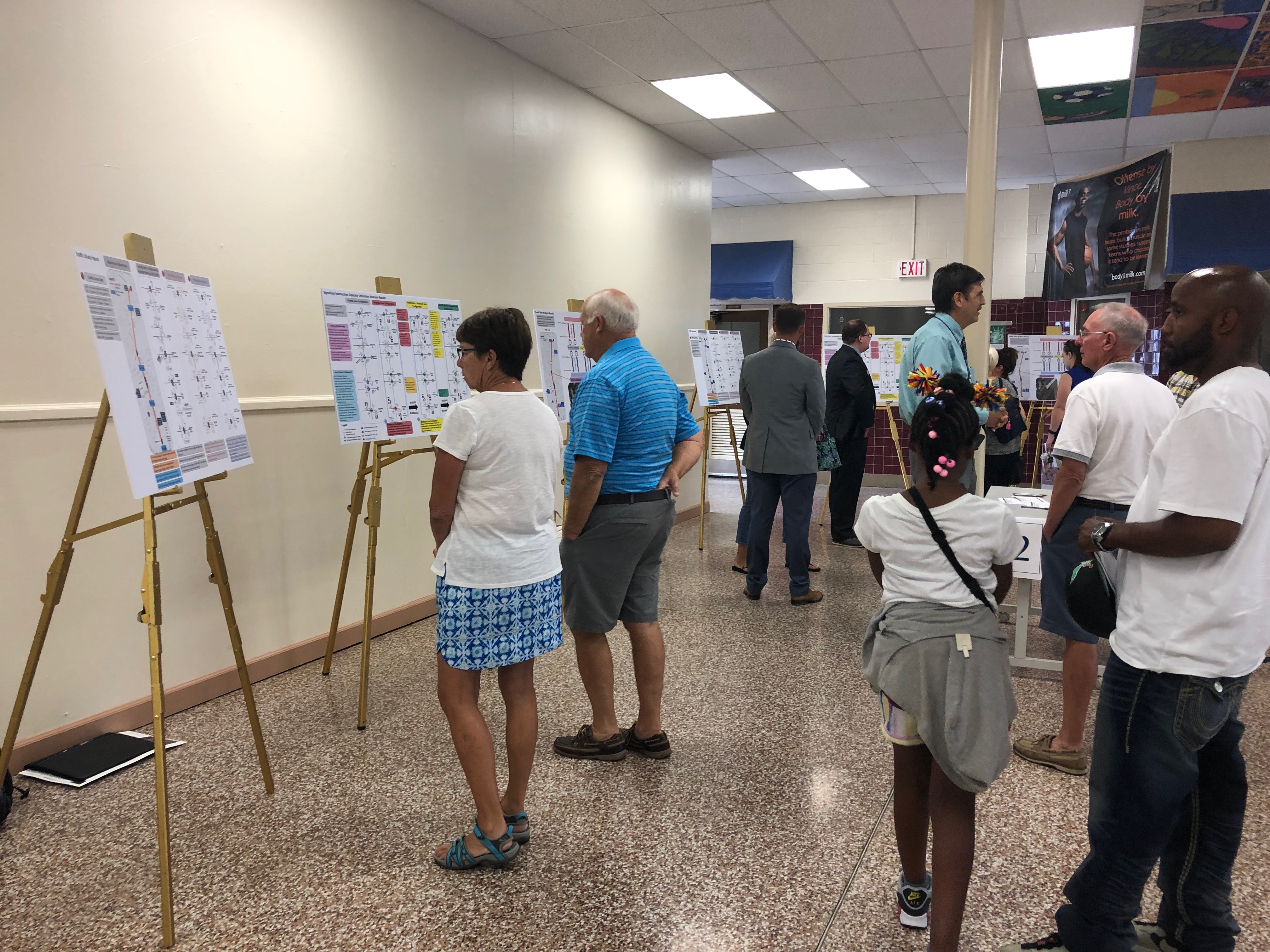