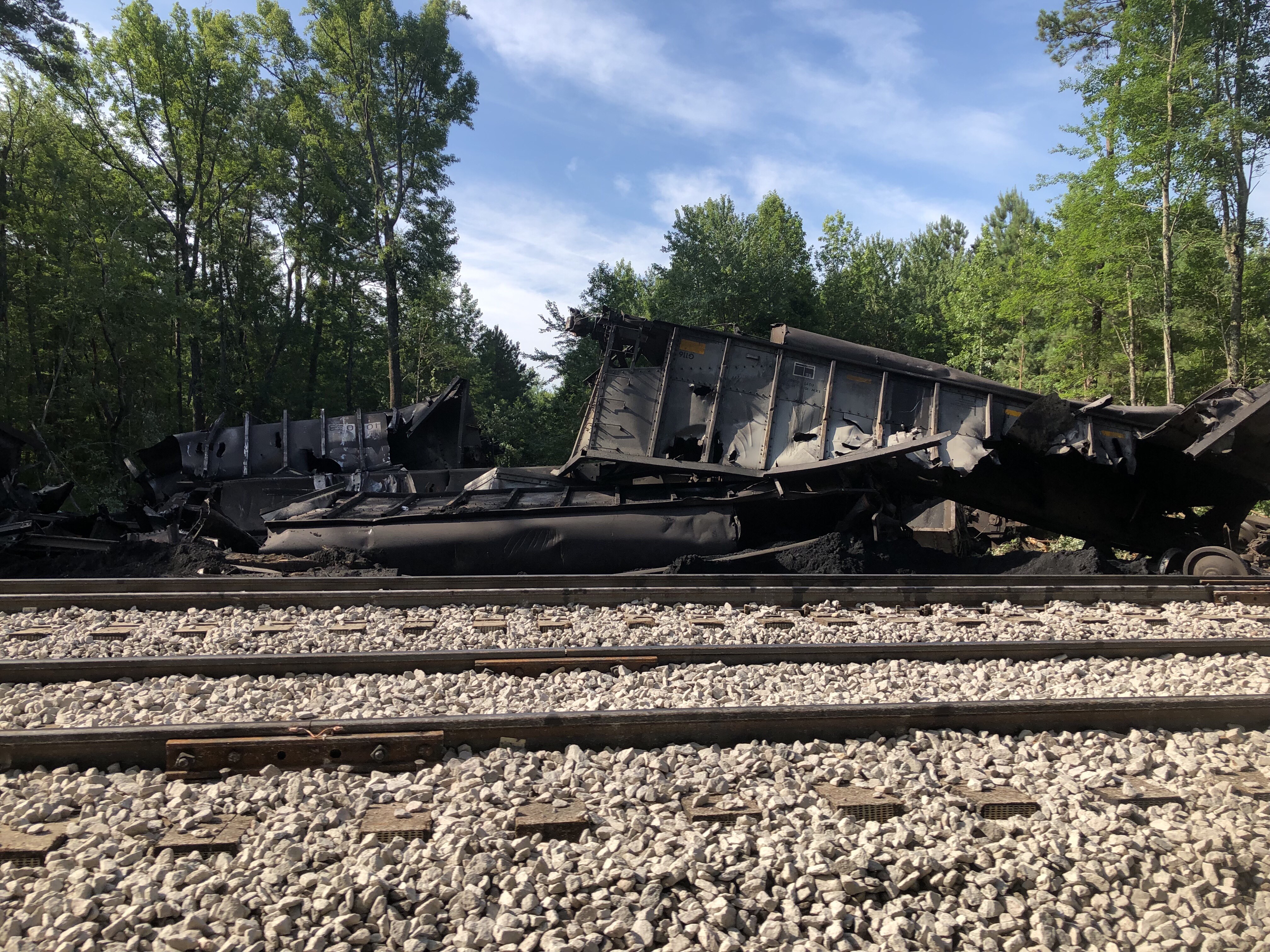 SUFFOLK, Va. – There’s been a slight hiccup in the cleanup of 3,600 tons of coal from the Great Dismal Swamp.

News 3 first told you about this last week after 36 Norfolk Southern Railroad cars went off the tracks into the National Wildlife Refuge.

Crews have been working every day to remove the scrap metal and coal, but there have been challenges.

Officials say that the existing fire roads that run through the refuge can’t support the weight of dump trucks.

At this point, Norfolk Southern will need to remove the coal by rail, but they’ll have to schedule that around freight and passenger traffic.

As for environmental impacts, erosion controls have been put in place to limit movement of any coal in case it rains.

They’re also in the process of collecting samples in the area where the coal spilled and elsewhere in the refuge.

Environmentalists will compare the samples to gauge how well cleanup is going.