People Taking Action: Retired educator is helping refresh folks by giving away something for free! 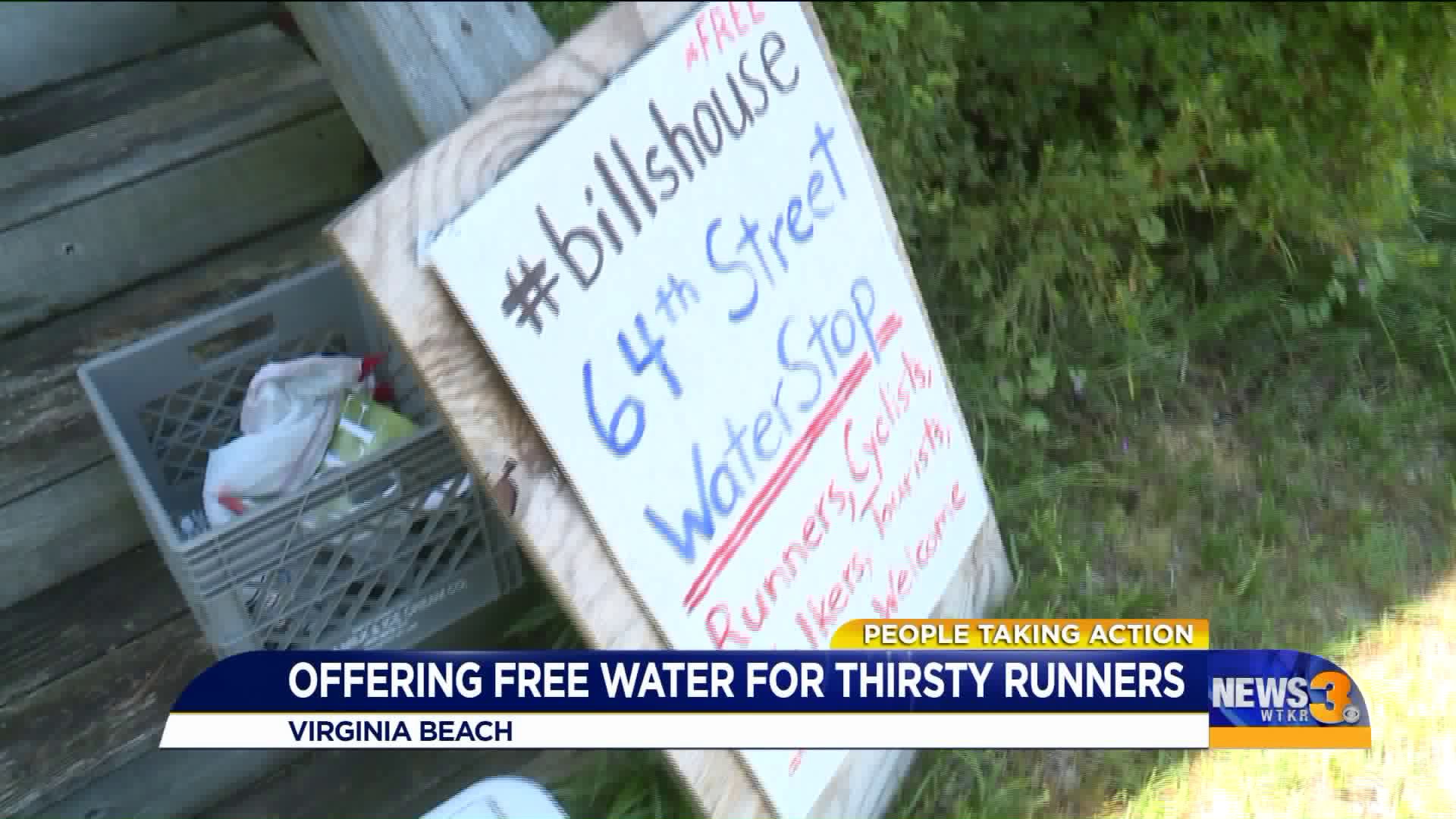 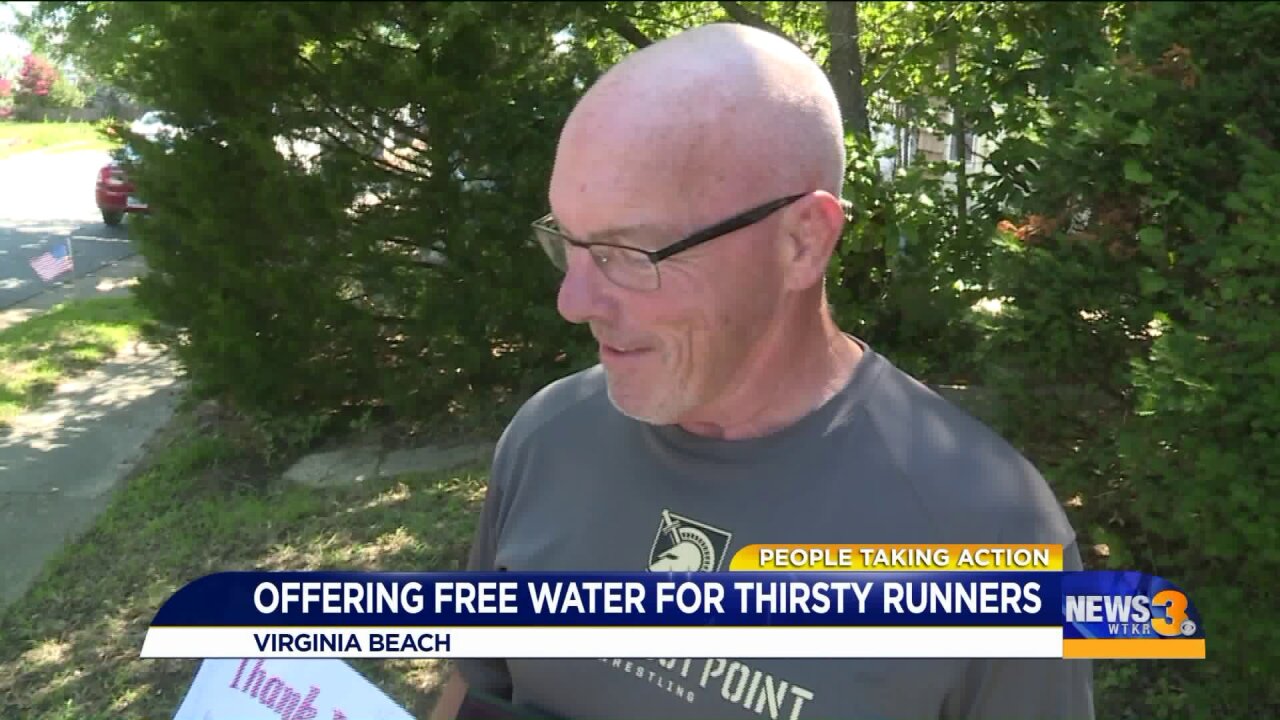 VIRGINIA BEACH, Va. - The beauty and tranquility of First Landing State Park - a great place for bikers, runners or just taking a relaxing stroll. But, what if after a great bike ride or great run you realize you forgot to bring water?

Regulars in the park like Janie Craig say don't worry if you forgot! There's a neighbor who's taking action.

"It's a wonderful thing he does that 'cause it's hot, and I think he gives it to dogs, too!"

What she's talking about is a sign near the 64th Street park entrance offering free water to runners, tourists and folks with pets. With our News 3 cameras rolling, we approached the home with the sign that read "Bill's House" and knocked on the door asking for him.

Bill Turner is a retired educator who worked with Virginia Beach and Norfolk schools for about 45 years.

He explained how this all started.

"I run with a group called J and R Racing Training, and a little over a year ago I had some of my teammates who are hardcore runners, [they] would do their long runs and training for marathon on Saturdays and Sundays, and so I started putting water out on the porch. And then one day, somebody I didn't know said, 'Hey can I have some of that water?'"

And Bill hasn't stopped since. The water is out there every day, even in the winter. It's not a burden to Bill whatsoever.

"It's really neat. I've seen so many incredible stories. I get to be a part of everybody's race and I get to meet so many neat people."

He remembers a family of tourists from Canada who had rented some bikes from and decided to have a family bike ride to First Landing State Park.

"And I don't think they had any idea what it was going to be like riding those bikes all the way from 29th Street, or wherever they were, to the state park and by the time they got here they were about dying and they saw the sign and they said, 'This is free?' and I said, 'Yes. it's free!' And the father said, 'You're an angel! You're an angel!'"

For those reasons, we presented Bill with a News 3 People Taking Action award along with a $300 Visa gift card from our community partner, Southern Bank.

Bill was very thankful, adding, "It's been the neatest thing. I tell people I get more out of this than they do. It's been a lot of fun, and you know, sometimes your purpose in life is right outside your front door."