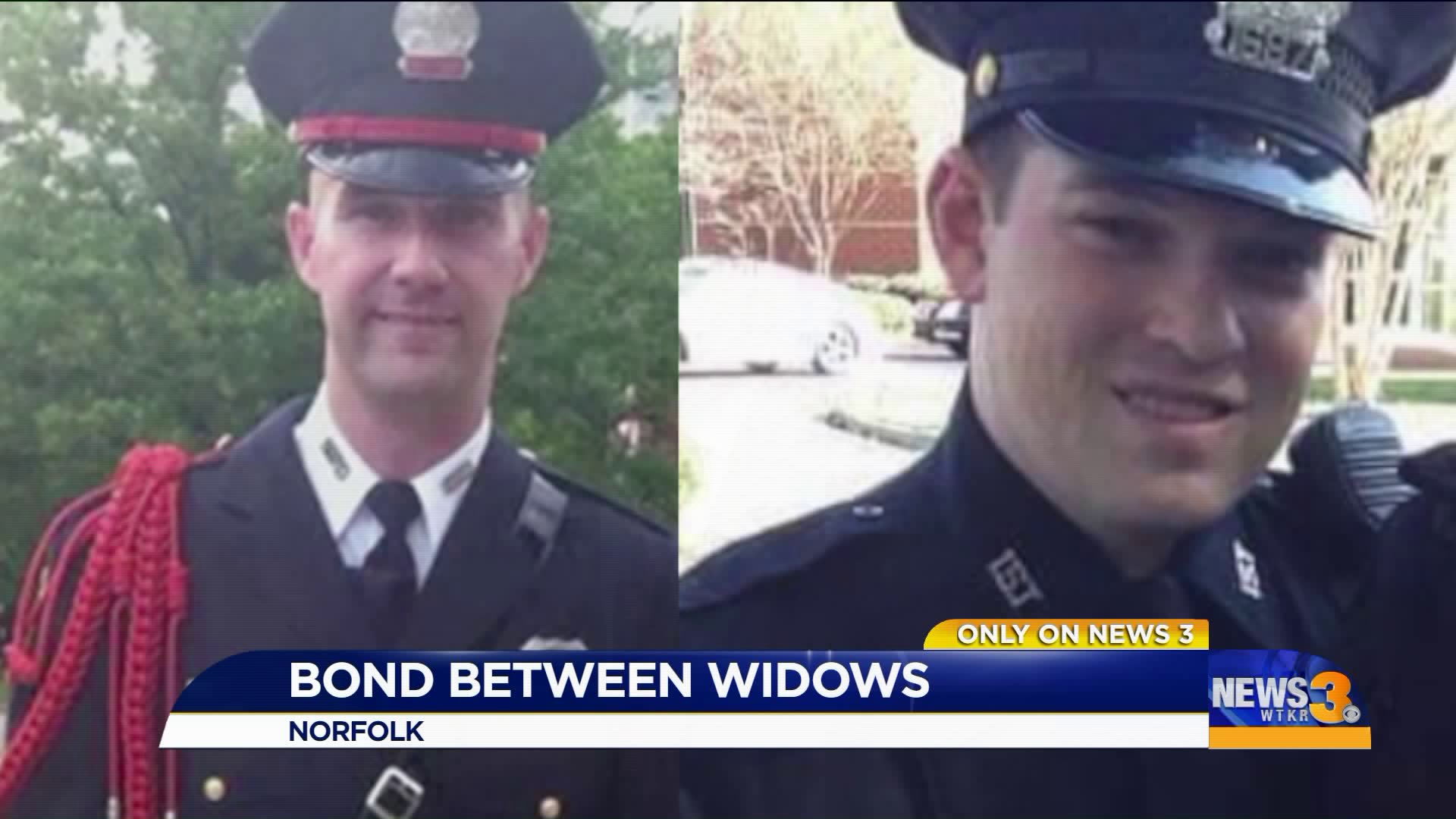 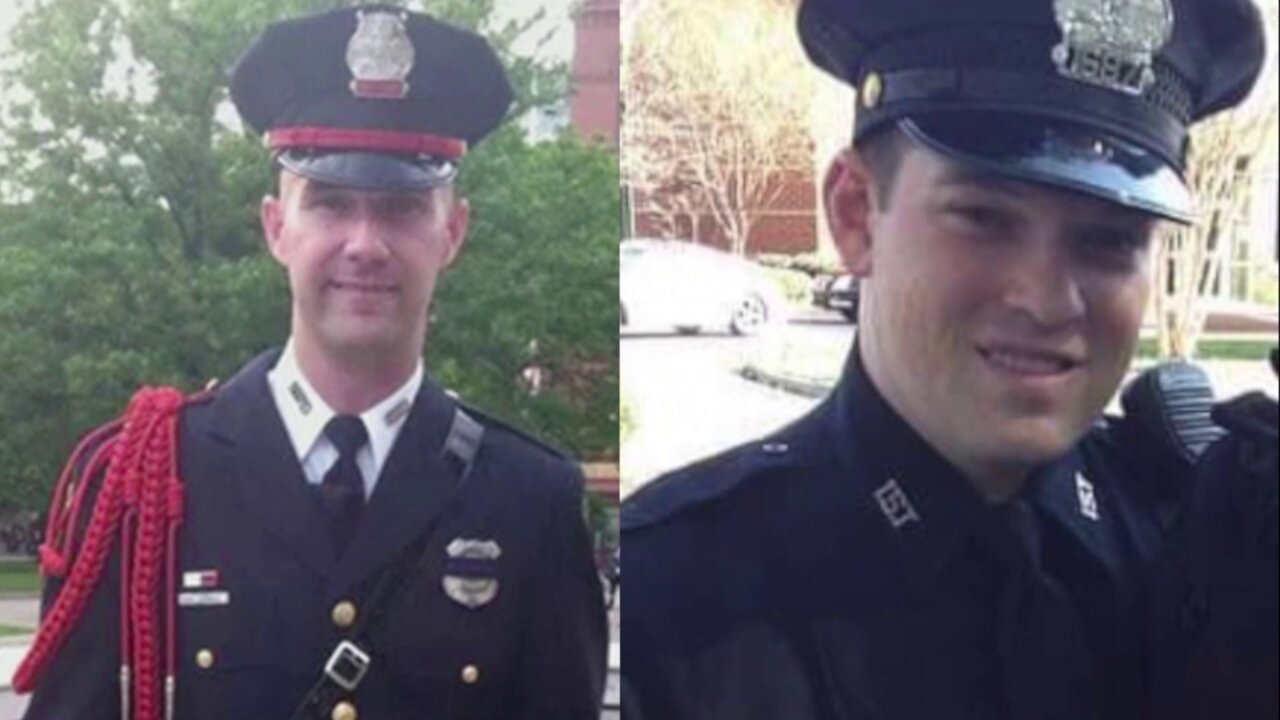 Both of their husbands were Norfolk Police officers who died unexpectedly. However, it wasn't until Officer Amos died that the two found a deeper connection.

"I hate what brought us together, but I'm so happy and thankful to have them on this journey," Broadbent said.

Officer Brian Jones was killed in the line of duty five years ago, leaving behind his wife, Rebekah, and their three children.

After Jones' death, all officers from the Norfolk Police Department rushed to Rebekah's side, including Seth Amos. Amos was the police car escort for Rebekah from the hospital the night Jones died.

Stacey had no clue that years later, she would need to find that same strength. Her husband died less than a year ago after an unknown illness.

"My heart went out so much to Stacey in the beginning and then after finding out, you know, the connection there - God, I have so much love for her," Broadbent said.

That love only got stronger after the ladies connected with Honor A Hero Project. It's a nonprofit created to support families who have lost someone and want to find a way to keep their memory alive.

"They want to provide in ways that you don't even know you need yet," Stacey said.

Stacey said something as simple as a blanket or koozie that has Seth's badge number on it helps her get through the day.

"It just is a reminder that he's still watching me, he's still cheering me on. You know he's in Heaven and he's saying, 'You got this, girl.'"

The group recently created a yearly donation in memory of Officer Jones. His oldest son, Bryson, will present someone each year with something called "Brian's Gift" in memory of his dad. Rebekah said it's just another way to continue Brian's legacy of giving.

Stacey and the boys were the first recipients.

"It's overwhelming in a really joyful way," she said.

It's just another way to remember all the officers gave to our community.