VIRGINIA BEACH, Va. - A 91-year-old woman says her home was struck by lightning Tuesday while she was inside.

Lucille Purefoy says she was at home with her grandson and his wife in the 1900 block of Red Barn Drive in the Christopher Farms section of Virginia Beach when she heard a crackling sound and a fire started upstairs.

Firefighters responded to the scene just before 3 p.m. and were able to put the flames out quickly, but the water damage destroyed most of the first floor.

Purefoy and her husband built the house back in the 90s and say it was one of the first in the neighborhood. 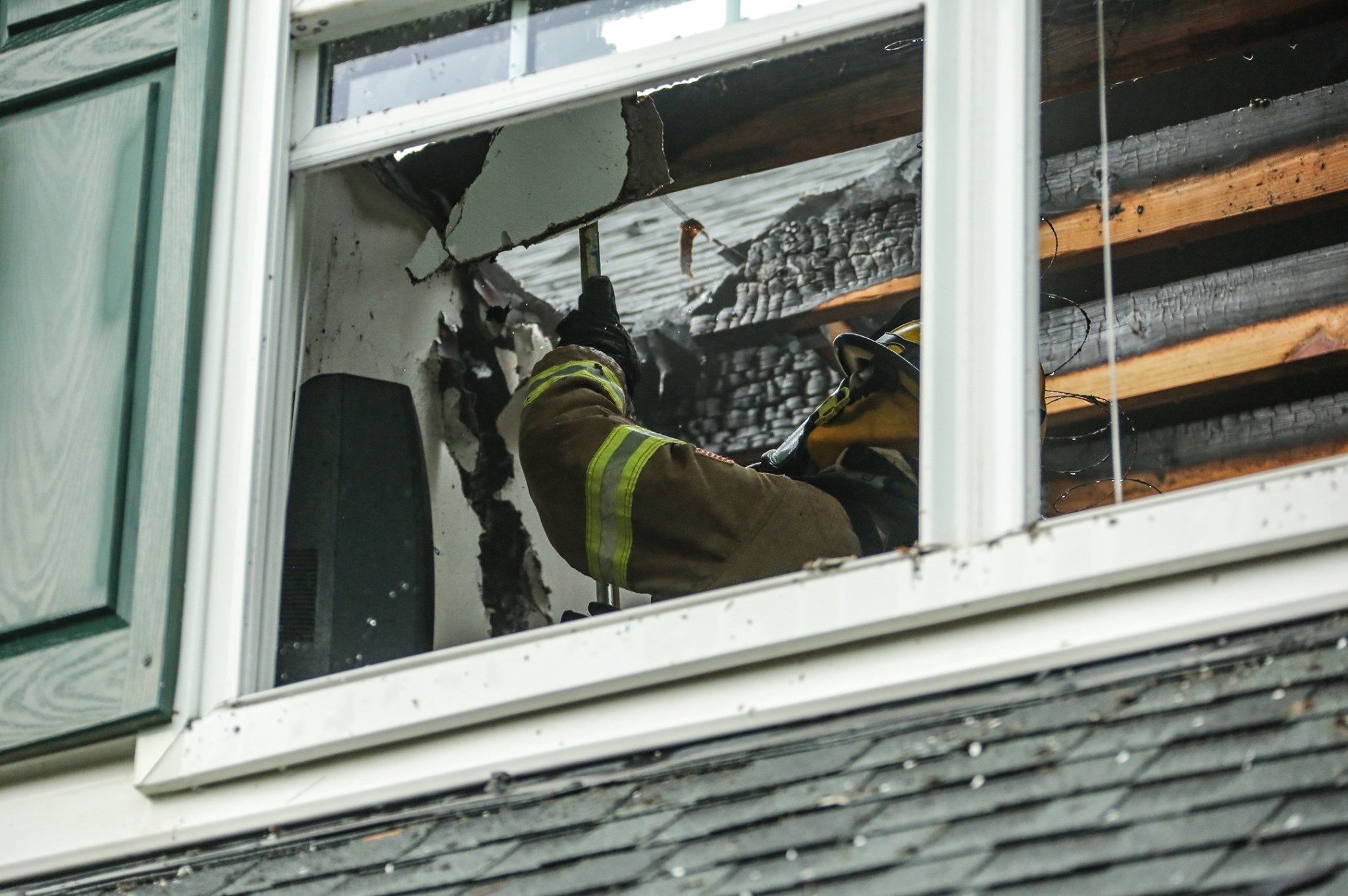 Related: Two kids struck by lightning while fishing in Rodanthe

News 3 spoke with her daughter, who says while it's a heartbreaking loss, they will rebuild.

"When I came around the corner and just saw black smoke pouring out the top of this house was just about more than I could stand, you know," said Purefoy's daughter, Marcia Maschue. "But, we are all... everyone in my family is a Christian person, and there's a reason that this happened and there's definitely a reason that God spared my mother, son and daughter-in-law."

One firefighter was taken to a local hospital for a minor injury, the Virginia Beach Fire Department said. Purefoy and her family will be staying with other family members.

While Purefoy says lightning is what caused the fire, the fire department says the cause is still under investigation.