NORFOLK, Va. - Living in Hampton Roads, you're no stranger to flooding.

However, regional planners said the constant road closures aren't just annoying - they can be harmful to national security.

For months, the Hampton Roads Planning District Commission has been conducting a Norfolk - Virginia Beach Joint Land Use Study. The purpose is to track how flooding and sea level rise are impacting Norfolk, Virginia Beach and Navy installations.

According to the study, "the long-term threat from increased flooding and sea level rise (SLR) will place additional risk on infrastructure that has a critical role in the Department of Defense readiness, including major roadway corridors and community assets that military personnel rely upon on a daily basis."

As locals know, when it rains, it pours and it can even shut the city down.

Senior Regional Planner Ben McFarlane said people need to realize, "It's more than just about the road; it's also about the facilities that are adjacent to those roadways. It's about the private property, the roadways that are there and all the infrastructure that's underneath the roads."

The study has been broken down into 22 recommended actions that both cities can implement in response to flooding threats. The targeted roadways are based on priority and scored by how critical its location is for DoD assets.

"[We need to take action] because the military installations are such an important economic driver for our community [and] because they're so important to national security. What we're doing is systematically planning together what we can do to help address some of these problem areas," Executive Director of the Hampton Roads Planning District Commission Bob Crum said. 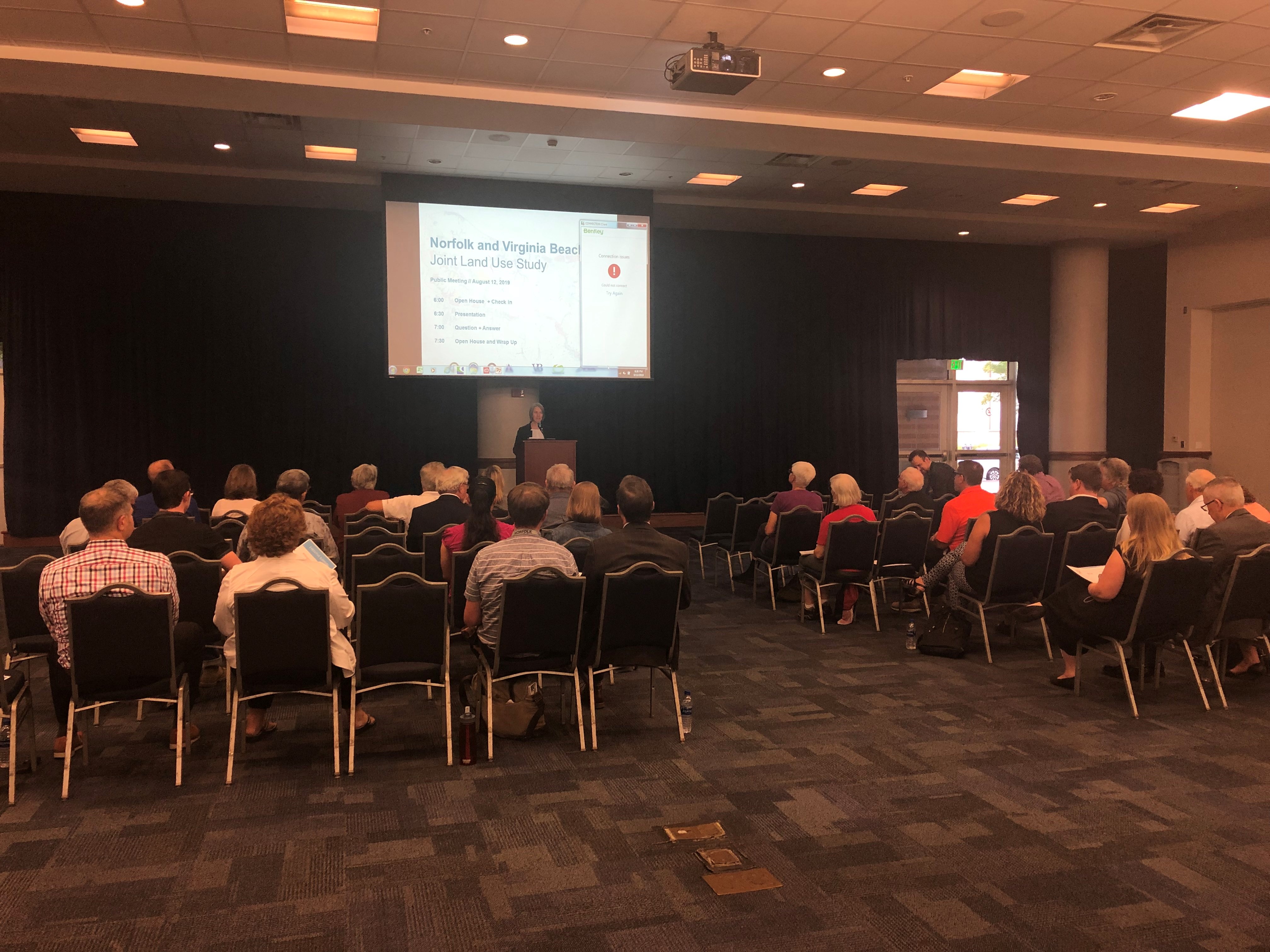 The team is looking at more than 200 miles of roads in the study.

They're also looking at managing stormwater and accessing community facilities around the bases. Experts said although they are mainly looking at the impacts of the military, they are also involving the community.

"This isn't just about the military; it's about our community, too, and if we're successful in addressing these projects it's going to be a benefit to all," Crum said.

That's the reason Norfolk resident Liz Paiste attended the meeting. She told News 3 she has been concerned with the amount of flooding her neighborhood experiences and what it will mean for the future.

"One of my concerns is sometimes we just focus on one particular aspect, but there's so much water. [I'd like some answers on how fixing one section is going to impact another]," Paiste said.

Currently, no state or federal funding has been allocated. Once the team is finished with the study, they will send it off for funding review. Afterwards, they plan to take it to the general assembly and local legislators.

Monday's meeting was the first of two. Another public session will be held on Tuesday, August 13 at 6 p.m. at 201 Market St. Suite 1 in Virginia Beach.