‘Wow, I got hit by a car and I’m still alive’ Edenton teen, brother recovering after crash

Marlek was walking down Colony Drive in Edenton as Nelly rode his bike close by. The brothers were on their way home for dinner when out of nowhere, things went black.

“After I fell asleep, all I remember is waking up and I was on a helicopter," Marlek said.

Both boys were hit by a car, and their bodies were thrown across the pavement. According to their mother, Nelly's body ending up being propelled off his bike and into a nearby ditch. Marlek was tossed towards the unmarked road's shoulder.

Suffering severe injuries, they were airlifted to Greenville Memorial Hospital.

“Nelly had internal bleeding, as in he had two lacerations in his spleen, bleeding in his brain and his liver was bleeding," said the boys' mom, Dawn.

Marlek suffered a major concussion and lacerations across his body.

Now home from the hospital and using crutches, every step is a reminder of what happened.

“Usually it would be, 'Okay I’m just walking around, but now that I got this crutch right here, my ankle hurts like crazy and my elbow is still bothering me," the teen said.

The driver, 32-year-old Terry Stanley, was charged with DWI. According to state police, he may also be facing additional felony charges.

Stanley took to Facebook saying he's sorry the accident happened, but that the kids should have had adult supervision. He is expected in court on September 10.

"It’s been a journey," Dawn sighed.

Despite a mountain of medical bills, this family is counting their blessings.

“Not many people can actually come back and say, ‘Hey, I got hit by a car and I survived. Thank God,'" Marlek said.

The boys' mother is also thankful.

“It’s been a journey, but as you can see they’re healing perfectly and I’m just thankful," Dawn said.

The family has set up a GoFundMe to help with medical costs. Click here if you'd like to donate. 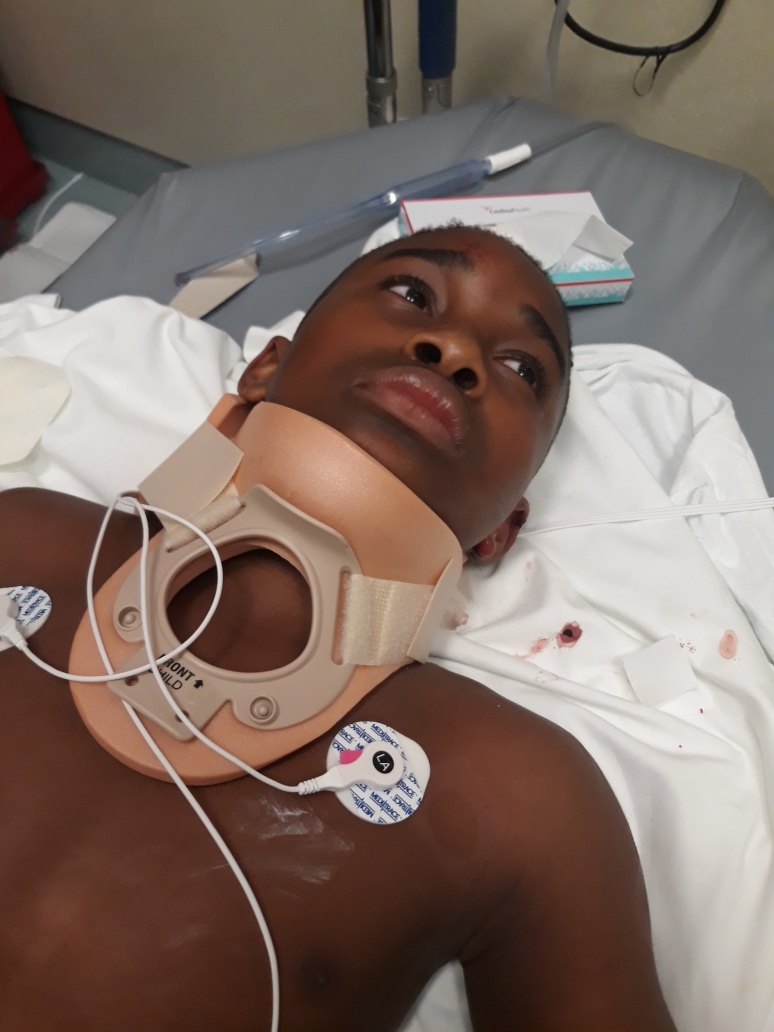