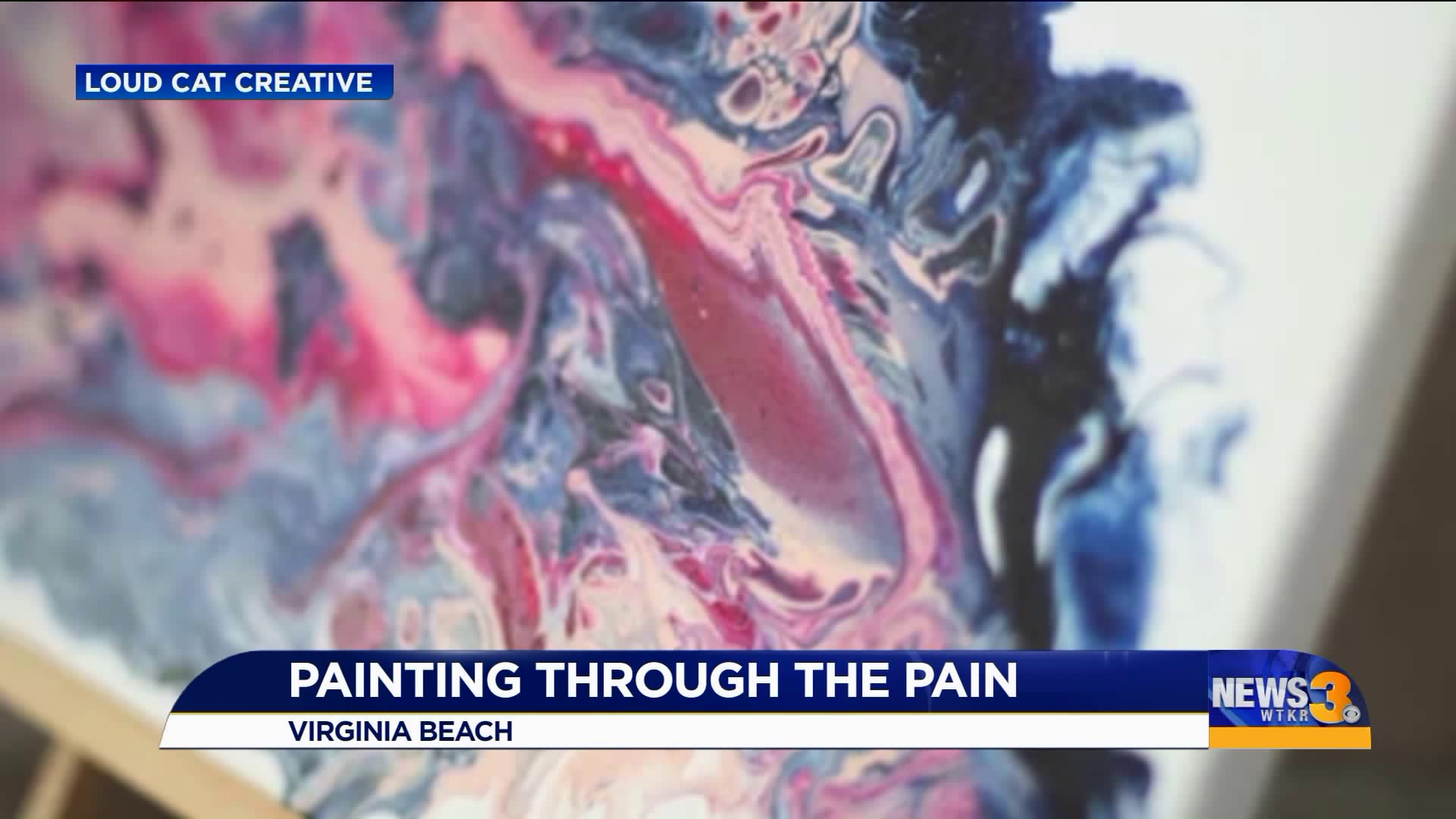 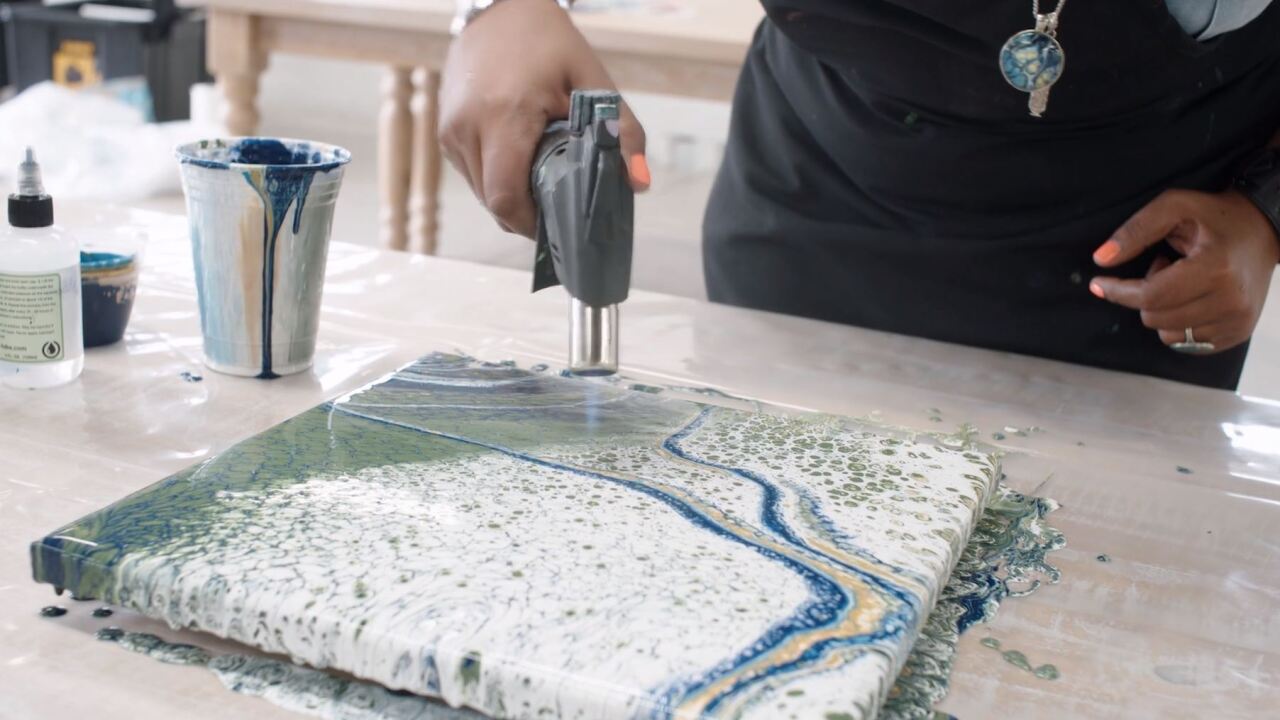 VIRGINIA BEACH, Va. - Nez Nelsen never knows what it's going to look like when she lifts her cup from the canvas and lets the paint spill out.

But she knows how it makes her feel.

This U.S. Navy veteran, wife and mother says after she left her 20-year military career behind, she not only struggled with PTSD, but also battled cancer, chronic pain and depression.

She says her therapist said to watch Bob Ross videos for help with healing. Nelsen admits she was reluctant, but did it anyway and was inspired.

But with chronic pain in her legs and arms, traditional painting wasn't an option. She discovered a technique called "pour painting," where an artist mixes up colors and a painting medium in a cup and then pours it onto a canvas.

The result is a beautiful display of colors and patterns.

"I sent my husband to Michael's," said Nelsen. "He bought every single bottle of craft paint and said he spent like $200 and told me it was the best $200 he ever spent."

"I went into this meditative trance and was like, 'what is this?'," she recalls.

These days, Nelsen runs her own studio called Nezlife Studios, where she not only shows and sells her art, she also teaches the technique to others, including people with disabilities.

“It’s exponential joy when I see people actually pour. When they lift the cup it’s like they just feel like they’re making magic. They do. Their heart just explodes and that to me, from an instructor’s standpoint, I’ve done my duty," she said.

Through art, Nelsen's presence has also grown on social media. She has more than 20,000 followers on Instagram.

"That's what grew my following, was my vulnerability because people can relate to it," she said.

Nelsen has an exhibition currently at Museum of Contemporary Art in Virginia Beach. She's also speaking about her journey on September 5.

Nelsen is working with the ViBe District and MoCA on an event called "The People's Pour" scheduled for October 10. The goal is to have 100 people participate in a group pour.