People Taking Action: Locally-based group helps people do something many take for granted!

VIRGINIA BEACH, Va. - Going for a run - it's something many of us might take for granted, but not people with special needs.

However, they can get that experience in racing chairs - or "chariots" - as they call them.

Hannah and Cassidy Gosey of Portsmouth have a severe form of a rare genetic disorder called mucopolysaccharidosis. Combined, they have already had 30-plus surgeries. Hannah says the racing chairs really mean a lot.

"It's hard for someone like me to get out there and run. You may be able to do all the running, but there are people out there who can't do it... but they want to know what it's like. So, something like this, it's important because it allows them to be included."

The racing chairs are pricey, as Kim "Rooster" Rossiter points out.

Rossiter was out pushing one of those chairs this past weekend. Helping raise money for these chairs is personal. His daughter, Ainsley, was diagnosed at the age of 3 with an extremely rare terminal illness that claimed her life nine years later.

Prior to that, Rossiter saw how she enjoyed riding in the chairs, which lead to the birth of Ainsley's Angels. It's now a nationwide organization that he oversees.

"It was the spark that got us moving in this amazing direction to ensure 25,000 people across the country can celebrate those things in life that are often taken for granted."

Their mission was on full display at the Oceanfront this past weekend at the Rock and Roll Half Marathon: Raising awareness to help raise money to buy more racing chairs. Cassidy is very grateful for people supporting Ainsley's Angels.

"Thank you! And you're giving someone the chance to get out of the house and live a life they never thought they could." 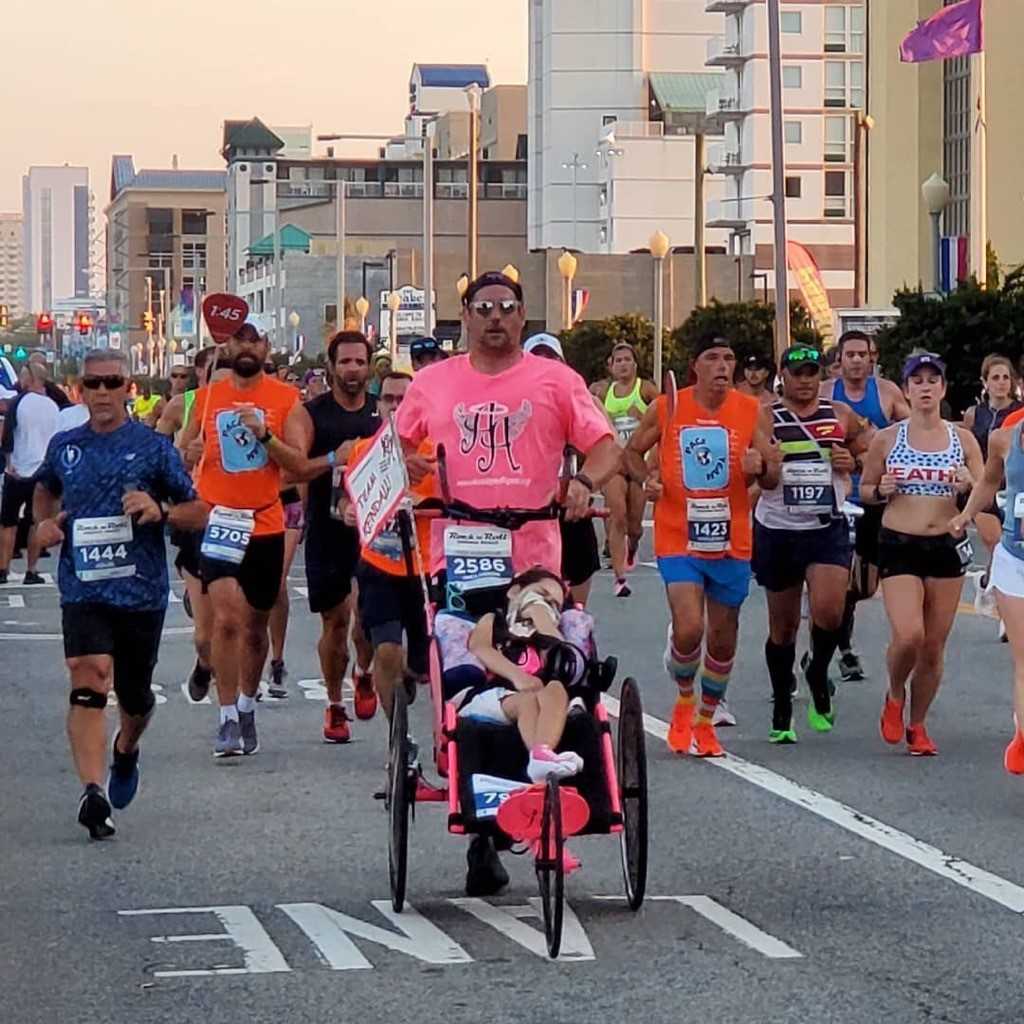 But, it's not just running on land. One of the group's supporters, Robb Cass, plans to swim the length of the Chesapeake Bay Bridge Tunnel on September 9, hoping to raise $50,000 for Ainsley's Angels. Cass has been swimming countless hours, training nearly a year for this.

"These guys are outside their comfort zone all the time. I figured it's the least I could do for a one-day effort when they live it every day."

For all those reasons, News 3 presented Ainsley's Angels with a People Taking Action award, along with a $300 Visa gift card from our community partner, Southern Bank!

"Well isn't that special... that is most special!"