KILL DEVIL HILLS, N.C. - It's been said that the small towns that make up the Outer Banks act as one extended family. When one area is in trouble, everyone feels their pain.

After people in Kill Devil Hills saw how their neighbors on Hatteras and Ocracoke Islands were damaged by Hurricane Dorian, they took action to help.

Wasting no time, they loaded multiple trailers with supplies, hoping to offer a little relief.

The number of items collected was a physical representation of the love each community has for one another.

People from the town of Kill Devil Hills and the local fire department dropped off items to Cape Hatteras and Frisco. 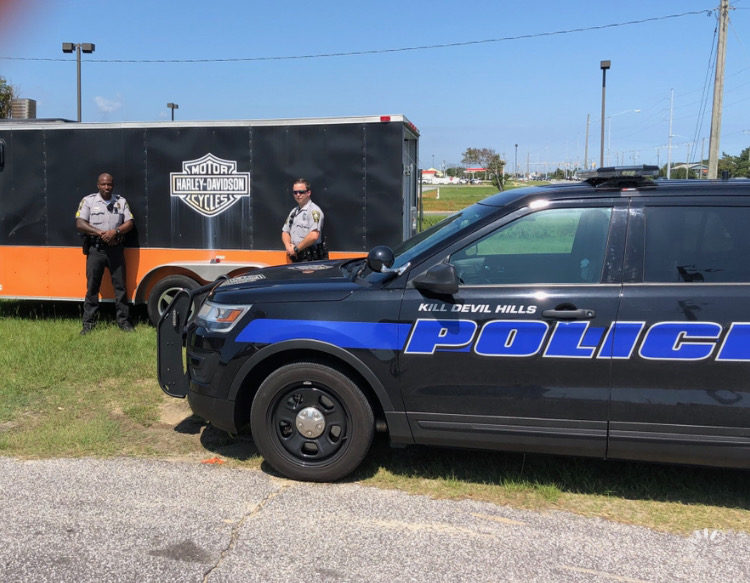 "We went in it at full steam, and and who knew we were going to get as much stuff as we did?" Volunteer Firefighter and police department Sergeant Rodney Rawls said. "As quick as we could unload it, it was already being sent out to people that needed help."

In addition to dropping off food, water and clothing, firefighters did some clean-up at the Frisco firehouse because like everyone else, their building was hit hard. Despite the flooded floors and damage inside, the 911 calls don't stop coming.

"Our chief got a call from the fire departments down south saying that, 'We need help. If you have people that are willing to come down to help staff our department - whether it’s cleaning or going out and answering calls - [it would be appreciated],'" Rawls said.

The people affected aren't strangers. They're friends of many at the Kill Devil Hills Fire Department.

"It hits a little bit closer to home knowing that that person is probably someone that you've fought fires with or you've trained with at some point, so it means a lot more to you in the long run," Rawls told News 3.

Gray said the outpouring of support from the community isn't surprising.

"Dare County has always protected itself and stood by each other and helped each other when we were in need."

Gray said he knows that the needs of folks could change as the damage is assessed, so they'll be ready in case they have to pack up more items and make another trip down.