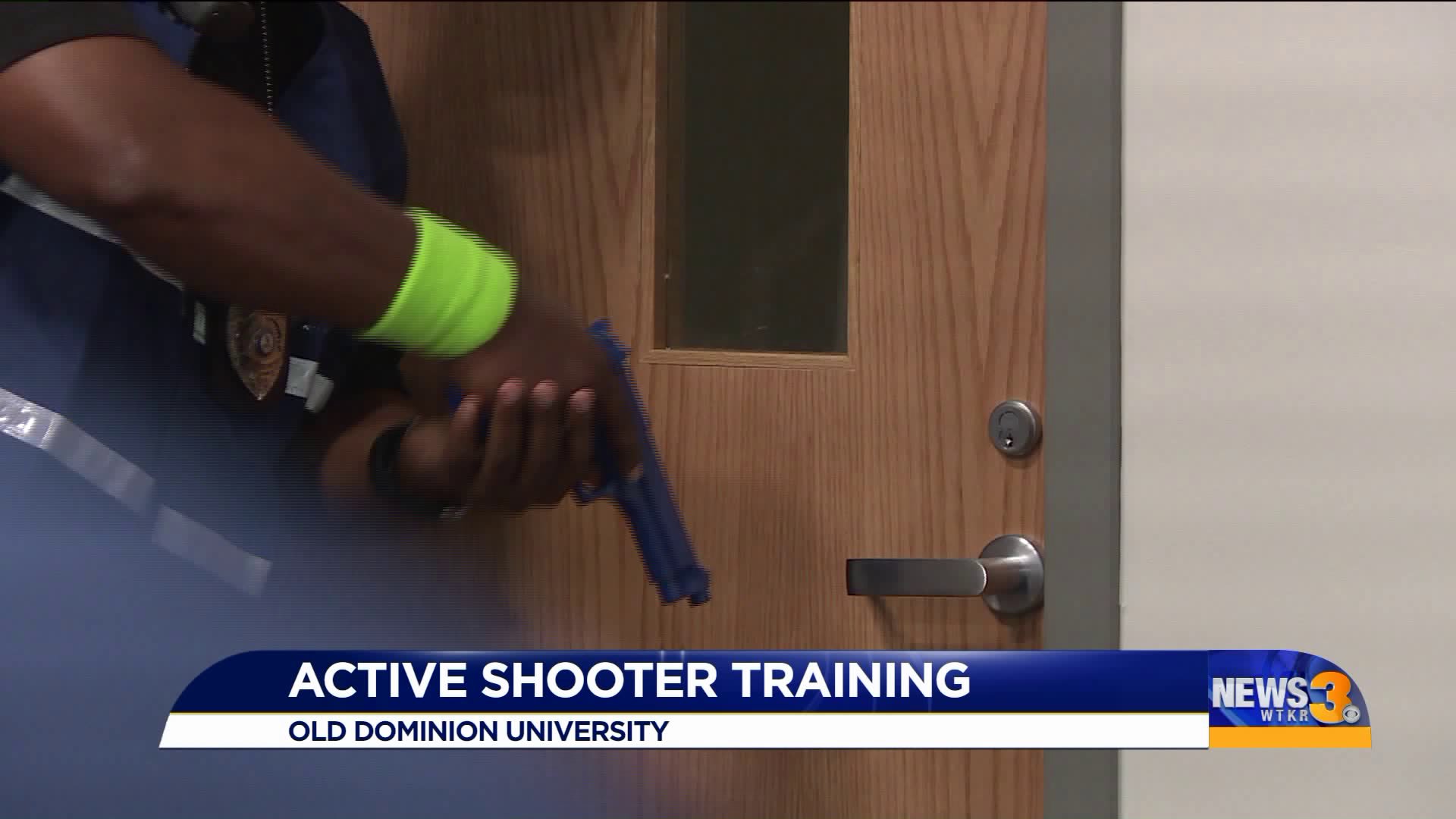 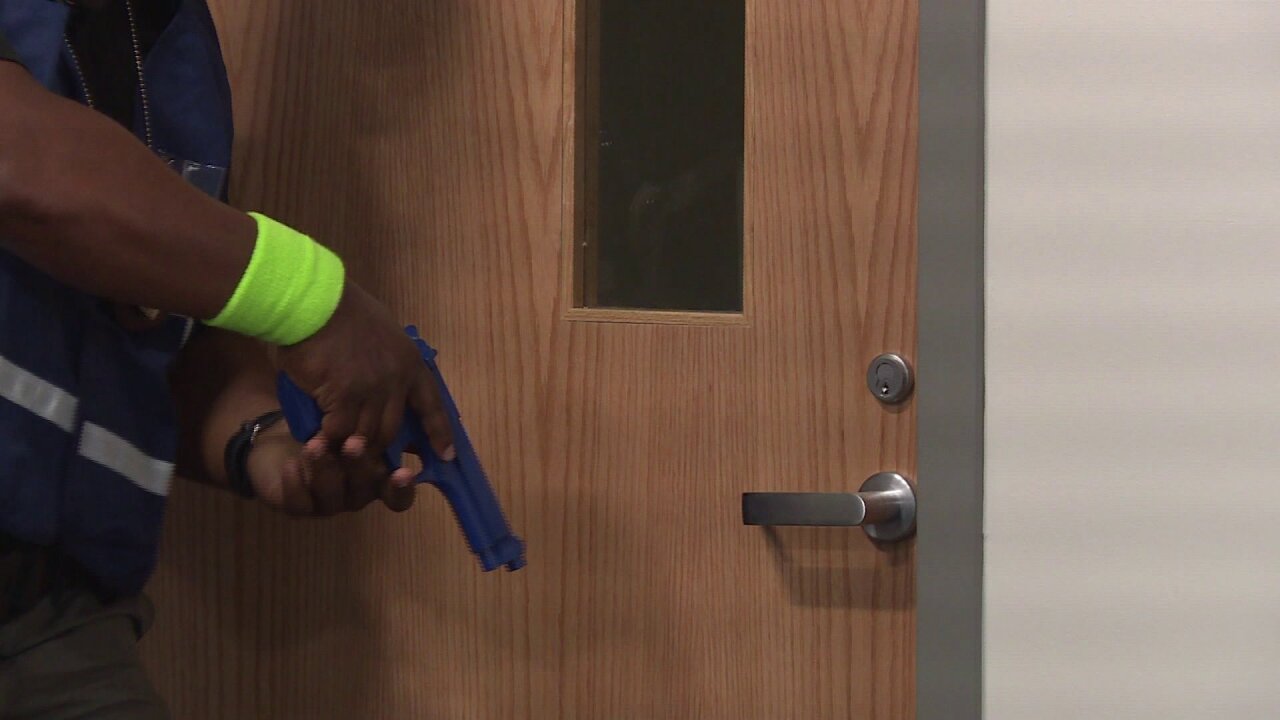 NORFOLK, Va. - Every day across the country, someone loses their life to gun violence.

In the past few months, even more folks have been killed at the hands of a mass shooter. Twelve innocent people were taken from us here in Virginia Beach, and Hampton Roads has been forever changed.

It's heinous killings - like what happened inside Building 2 in Virginia Beach - that Old Dominion University wants to be a step ahead of and is taking action for the safety of students and staff with an active shooter training.

The university's Office of Emergency Management partnered with the U.S. Department of Homeland Security to facilitate a campus active shooting pilot course.

According to school officials, they are only the second university in the country to participate in the course.

The exercise is designed to enhance the readiness of public safety personnel and other responders if a person opened fire on campus.

Jarenae Whitehead, an ODU Human Resources employee who volunteered to participate in the program, said, "We entered the building and we were to act like it was a normal work day. Then all of a sudden, out of nowhere there were gunshots, yelling. My adrenaline started pumping when I heard the words that the shooter was saying because I've heard similar words, whether it's over the phone or in person, from employees and/or their spouses."

"You hear screaming, you hear realistic acting, you see people that have makeup on to look like they have injuries. It's the real deal," said Associate Director of Emergency Management Jared Hoernig.

Each person involved was wearing a different color vest to differentiate what their role was. Those with the police department wore blue, EMT and firefighters wore red and volunteers wore white.

The idea is to get as many people in the community involved so everyone is prepared.

"With Virginia Beach fresh in our minds and the climate we live in today, we want to make sure that we're prepared ahead of time for the unexpected," said Hoernig.