First Warning Forecast: Last day of summer to feature plenty of sunshine and highs in the 80s 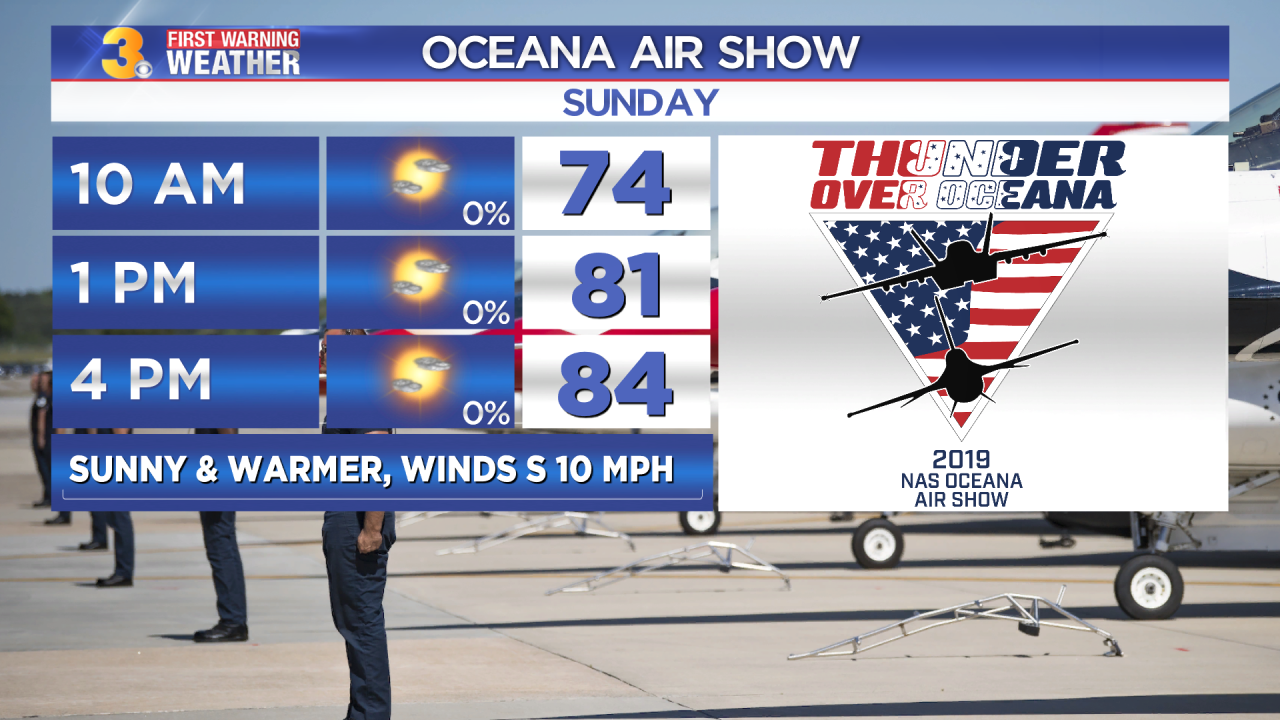 The last day of summer is shaping up to be a gorgeous one!

Expect mostly sunny skies with warmer temperatures. Temperatures will be in the mid and upper 80s. The humidity will start to creep up a bit as well. Overall, a really nice weekend especially if you’re heading out to the air show at NAS Oceana.

We’ll say goodbye to the summer season, but not to the summer temperatures on Monday. Monday is the First Day of Fall, but will also be the warmest day over the next seven. Highs will warm to the mid and upper 80s. A cold front will move in Monday night and Tuesday. Keeping a slight chance for a shower, but most of the moisture will be gone by the time it reaches us here along the coast.

High pressure will build in on Tuesday, which will keep conditions mainly dry with highs in the low and mid 80s. Another cold front will move through Thursday, but again rain chances will remain low. Quiet weather looks to continue to end the work week.

A strong tropical wave, accompanied by a broad low pressure area located between Barbados and Tobago, is producing showers and thunderstorms that are showing signs of organization. In addition, recent satellite-derived surface wind data and observations from Barbados indicate that the disturbance is producing winds to near tropical storm force in the eastern portion of the system. Further development of this disturbance is expected over the next couple of days, and a tropical depression or tropical storm will likely form while it moves westward and then northwestward at 10 to 15 mph across the Windward Islands and over the eastern Caribbean Sea.

A tropical wave is expected to move off the west coast of Africa overnight and on Sunday. Environmental conditions are conducive for development of the wave once it moves over water, and a tropical depression or tropical storm is expected to form during the early or middle part of next week while moving westward to west-northwestward across the eastern tropical Atlantic at 15 to 20 mph.