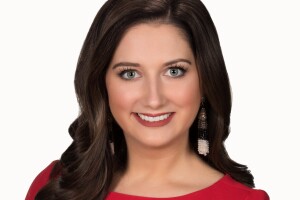 April joined the First Warning Storm Team in May 2016.

Before joining the News 3 team, she was the morning meteorologist and reporter at WAGM-TV in Presque Isle, Maine. She spent almost 3 years forecasting snow in feet! Her first winter in Maine was a snowy one, receiving 158 inches. Before landing a job in Maine, April interned at WJET/WFXP in Erie, Pennsylvania. April grew up in Geneva, Ohio, which is a town that is no stranger to lake effect snow.

April is so excited to be here in Hampton Roads and forecast the dynamic and ever-changing weather of the region. You can catch her forecasts Wednesday through Friday at 10 p.m. on WGNT, and Saturdays and Sundays on both WTKR and WGNT.

Keep up with April through social media!