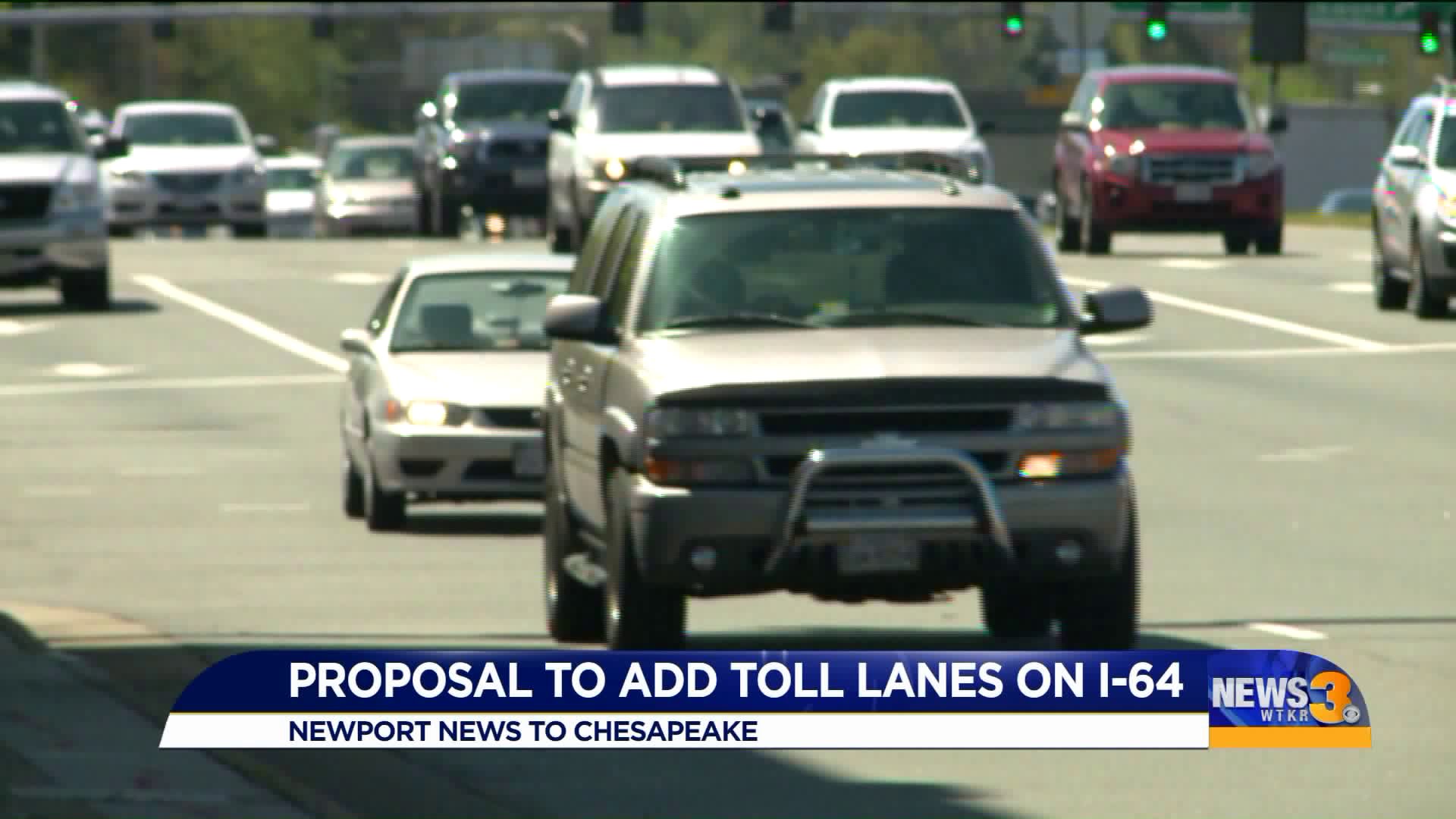 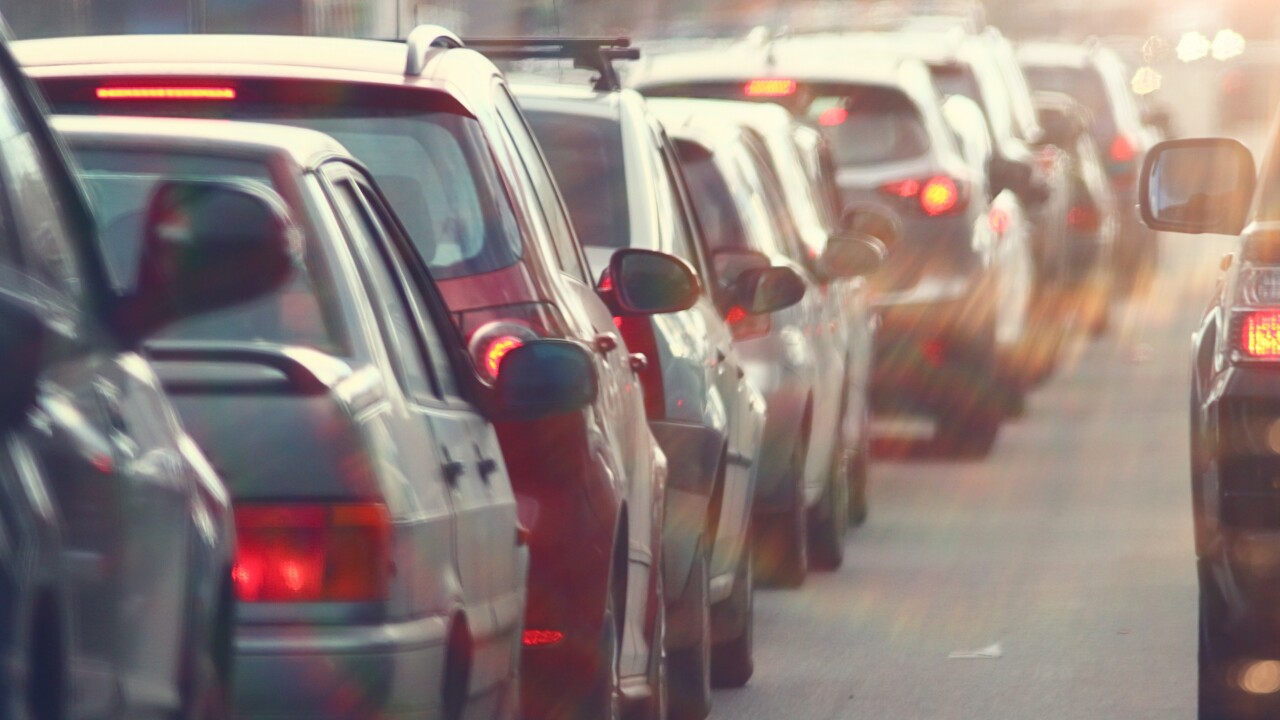 CHESAPEAKE, Va. - When it comes to sitting in traffic on I-64, we've all been there.

A crash shuts down the Hampton Roads Bridge Tunnel or merging traffic puts you at a standstill - sometimes for hours.

Regardless of where you are going, the journey can be frustrating. State and regional transportation officials hear you and they're trying to put changes in place to help.

The Hampton Roads Transportation Planning Organization is proposing a 45-mile network of toll lanes on I-64 that would help drivers skip the traffic. It's set to stretch from Jefferson Ave in Newport News to Bowers Hill in Chesapeake.

"Let's say you were at the HRBT right now and traffic is all backed up. If you had that extra lane, you could pay a toll and be through there in way less time," said Deputy Executive Director for HRTPO, Michael Kimbrel.

The High Occupancy Toll lanes, or HOT lanes for short, would charge solo drivers, while people with passengers travel free. The price will also vary based on how many cars are using the lane.

"If they start getting enough vehicles where it looks like the speed is slowing down then they increase the toll a little bit," Kimbrel said. Kimbrel said he cannot predict how expensive the tolls could get, but he doesn't expect them to be as steep as prices in Northern Virginia.

With a HOT network, each car would need to have an E-ZPass to use the lane. Kimbrel said if you are already a high occupancy vehicle (HOV) you can get the E-ZPass flex. The E-ZPass flex is designed with a switch that allows you to dictate if you have more than one person in your vehicle. This innovative transponder will specifically benefit those who are traveling with the number of people in their vehicle required to qualify for an HOV discount (2 or 3 depending on the roadway).

Digital signs will indicate how expensive the express lane is at any given time, giving drivers the option of utitlizing it or not.

The HOT lanes are totally option and designed to cut down on congestion.

News 3 spoke with drivers who are forced to sit in traffic daily. When we told them about the proposal they had mixed reactions.

Keishauna Copeland lives in Chesapeake and said "I'm 50/50 on it. Okay the tolls - that's good and whatever, but not everybody has the funds to pay the tolls to get everywhere."

Jordan Garris on the other hand said "I know plenty of people that are like 'if I could have any other way to get through this mess I'd take it!' So they could have some biters."

Transportation officials projected what traffic patterns are expected to look like over the next 20 years. They said the amount of cars on the road are expected to increase by 20%, meaning thousands of more vehicles will travel in Hampton Roads everyday.

However, by being proactive and managing existing lanes, they're hoping to cut down on traffic jams during peak hours.

Considering the HOV lanes would be turned into HOT lanes, there aren't many sections of roadway that would need construction. Kimbrel however said the section between Mercury Blvd. and Settlers landing may need widening.

For a full breakdown of lanes that will be impacted in the new approach, click here.

A decision on the network isn't expected until December and folks are encouraged to offer their opinions as leaders work through the planning process.