Alphonzo Byrd was stabbed, wrapped in a garbage bag and then shoved inside of a trash can, according to his autopsy report.

Byrd was murdered in June, and Norfolk Police found his body in the trash container outside of a home in the 1200 block of Courtney Avenue.

His mother, Hazel Malone, said now all she has left are memories of him and a folded up mass card.

"I miss his laughter, you know, his kidding around," she told News 3 reporter Erin Miller. "He was real funny, and he'd keep you laughing with his corny jokes and he was a giving person - a free-spirit person, you know he'd help anybody."

On the night of his murder, she said detectives showed up at her door. She said she was just inside watching television when her world collapsed.

"It was like a big hole had come in my chest, you know. I just couldn't believe it," she said.

Lakorie Keene was arrested in connection with Byrd's death and charged with second-degree murder. A True bill was returned in his case by a grand jury in Norfolk Circuit Court in November 2019.

Hazel said her son didn't live in the area where his body was found, so she didn't know why he was there that night. She also said she doesn't know Keene, the man accused of killing him.

According to court documents, a woman told police that she witnessed the murder. She stated she was smoking crack cocaine with a man named Nino, who was later identified as Keene.

She told police, she "observed Nino stab [Byrd] multiple times, killing him, and then she observed [Byrd] on the floor. The witness stated she heard what sounded like Nino dragging [Byrd's body] out of the house and into the back yard."

Almost three months to the day, Hazel said it's like no time has passed.

Holding her sons photo, she said she still feels his love.

"Before he would leave out the house, he would say, 'God bless you, Mama, I love you' - every day.'"

Hazel plans to be in court during Keene's trial because she and the rest of the family need answers. She said she wishes she could tell her baby one last thing: "That I love him and I miss him so, and I know he's in Heaven with God and that I'll see him one day." 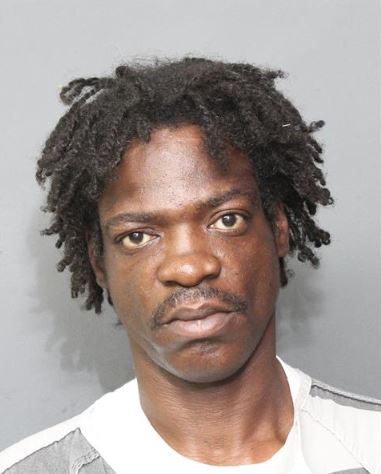