U.S.-China trade disputes pack shelves at local food banks, but there’s a catch and they need our help 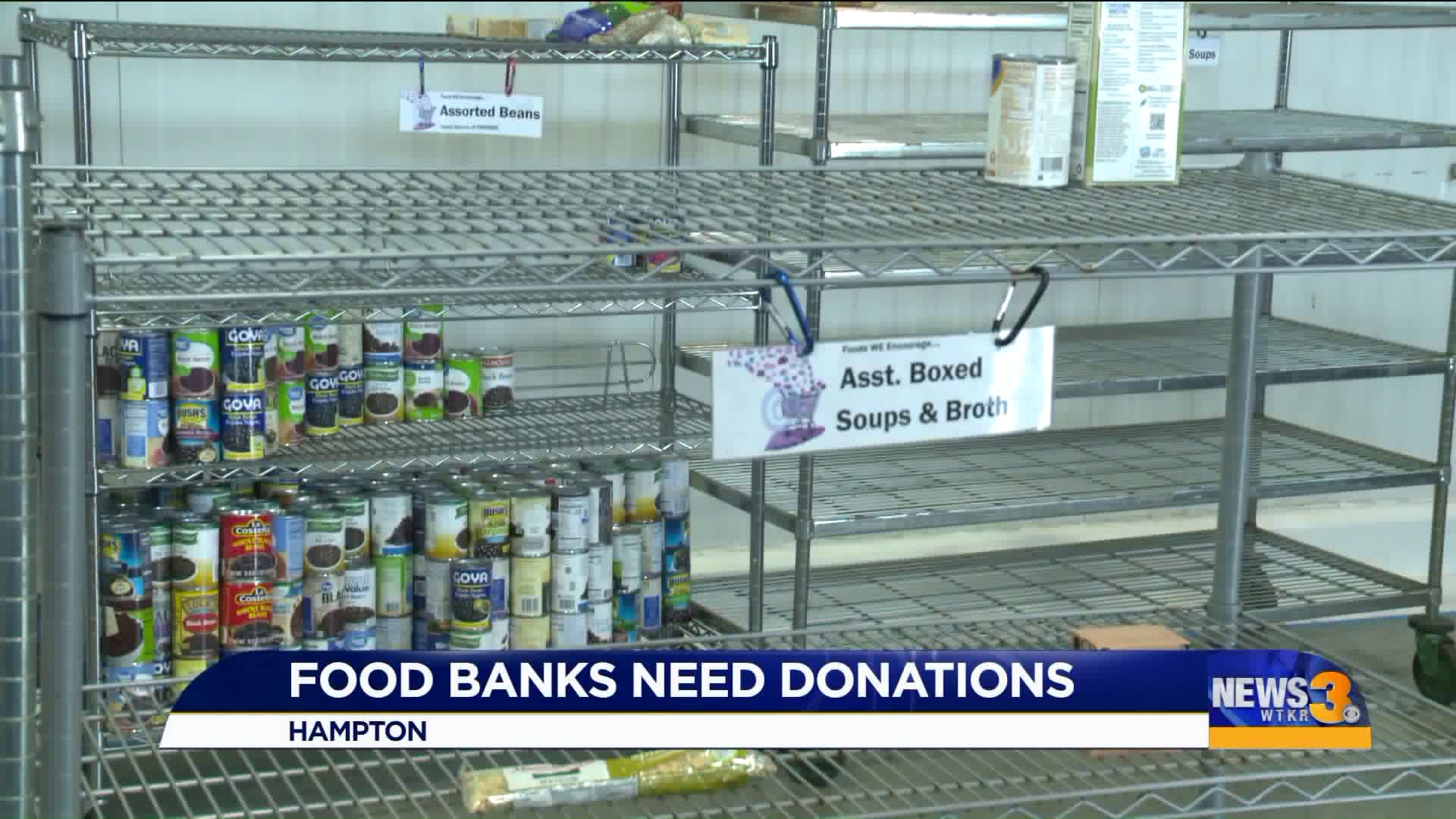 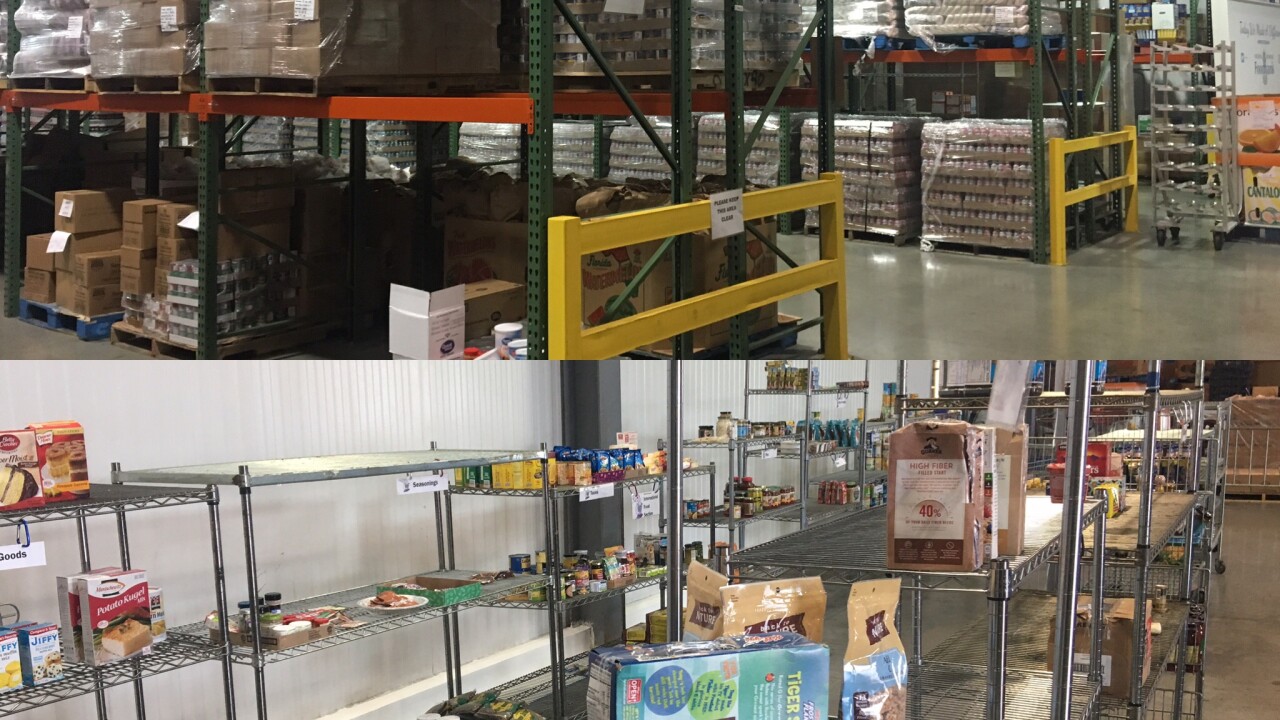 HAMPTON, Va. - The warehouse at the Virginia Peninsula Foodbank has two sides with two different stories.

One side has shelves packed full with food marked "USDA". The other features shelves labeled "cereal", "pasta", "pasta sauce" that sit nearly empty.

One side of the Virginia Peninsula Foodbank is full of government food while the other side is low on donated items.

For the past year or so, food banks in Hampton Roads and around the country have been receiving food that would normally be exported, but because of ongoing trade disputes between the U.S. and China, had no place to go.

"The government is pouring billions into commodity purchasing due to producers and farmers being hurt by tariff issues and food banks are the primary recipients of those products," said Karen Joyner, CEO of the Virginia Peninsula Foodbank.

That sounds like good news and it is...for the families that qualify.

Joyner says government regulations are strict and require food banks to distribute USDA food to families at or below 150 percent of the poverty level, about $38,000 a year for a family of 4, and up until last week, qualifying families could only receive food once a month.

Now it's once a week, Joyner says, but the income limit still applies and it covers only half the people served by the Virginia Peninsula Foodbank.

"At least half of the people we serve are working families that are above this limit but they just can’t make ends meet," said Joyner. "Or there are those who would normally not need food assistance but they have had an unexpected medical bill or car maintenance or some other life situation causing them to not have food in their household."

Those people rely on donated food and that inventory is dangerously low, Joyner tells News 3.

“I’ve noticed that more and more people are coming for food and lots of times we have more and more bare shelves," said Jean Baker, a seven-year volunteer with the food bank.

It's unclear how a preliminary trade deal between the U.S. and China will impact food banks moving forward, but regardless, with the holidays around the corner, the food bank is hoping to see more donations to help feed families in need.

Leah Williams-Rumbley, Senior Director of Advocacy at the Foodbank of Southeastern Virginia and the Eastern Shore in Norfolk sent News 3 the following statement in regard to the impact of tariffs on food banks:

"Food banks have inadvertently become the beneficiaries of a U.S. Department of Agriculture (USDA) program crafted to support farmers affected by the U.S. trade war with China. It’s called the “Food Purchase and Distribution Program” and it buys surplus commodities affected by the trade tariffs and distributes them to food banks, child nutrition programs and other outlets that serve low-income people. The Foodbank of Southeastern Virginia and Eastern Shore has seen an increase in commodities distributed via The Emergency Food Assistance Program (TEFAP). We are generally happy to have the additional items, even if it means making adjustments to deal with a larger than normal supply of fresh and perishable food items. Additionally, our neighbors are happy to have access to more food. However, many of them also struggle with homelessness, transportation and other root causes of hunger and cannot manage the increase in commodities. Our response has been to transition to a “choice” model of distribution, which allows individuals and families to personally select the items that they need and want.

However, the USDA has been clear that the trade mitigation programs are designed to help farmers, not food banks. This program will eventually come to an end, leaving American shoppers paying higher prices for many consumer goods. And for many, it will leave them without increased wages and access to other resources that provide lasting relief from chronic hunger and food insecurity."