All-clear given, Norfolk residents allowed back into homes after possible explosive device deemed not a threat 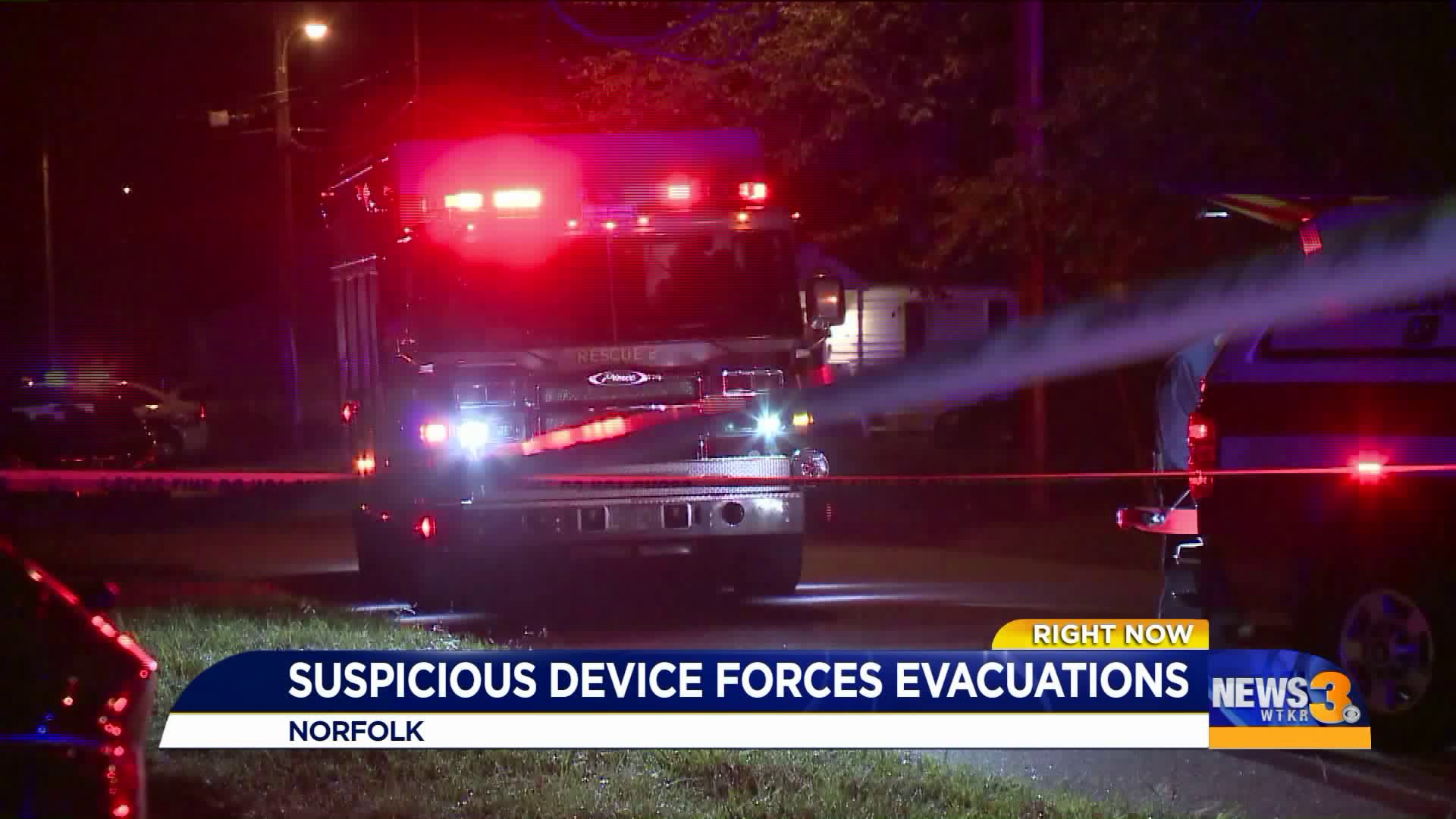 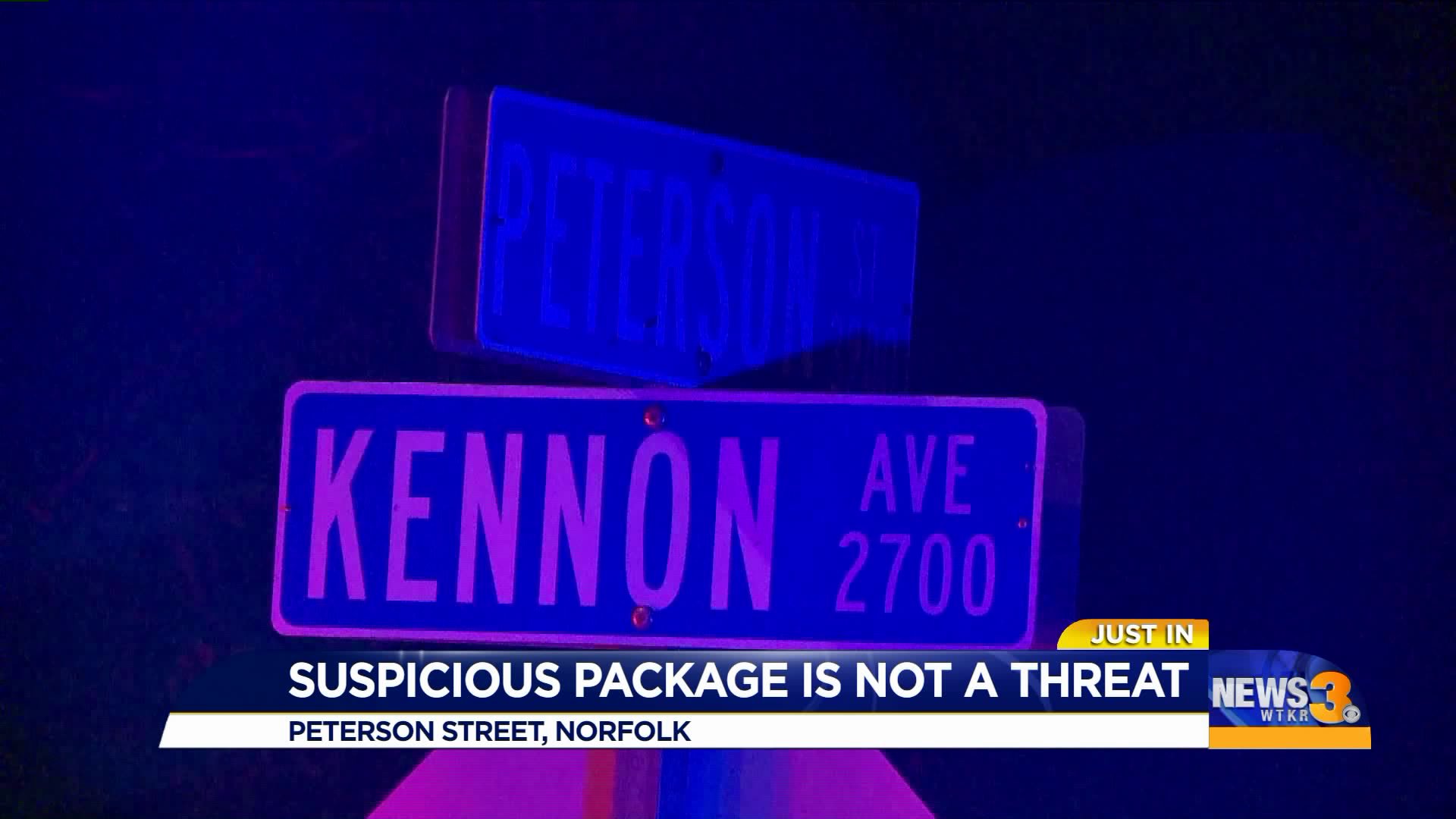 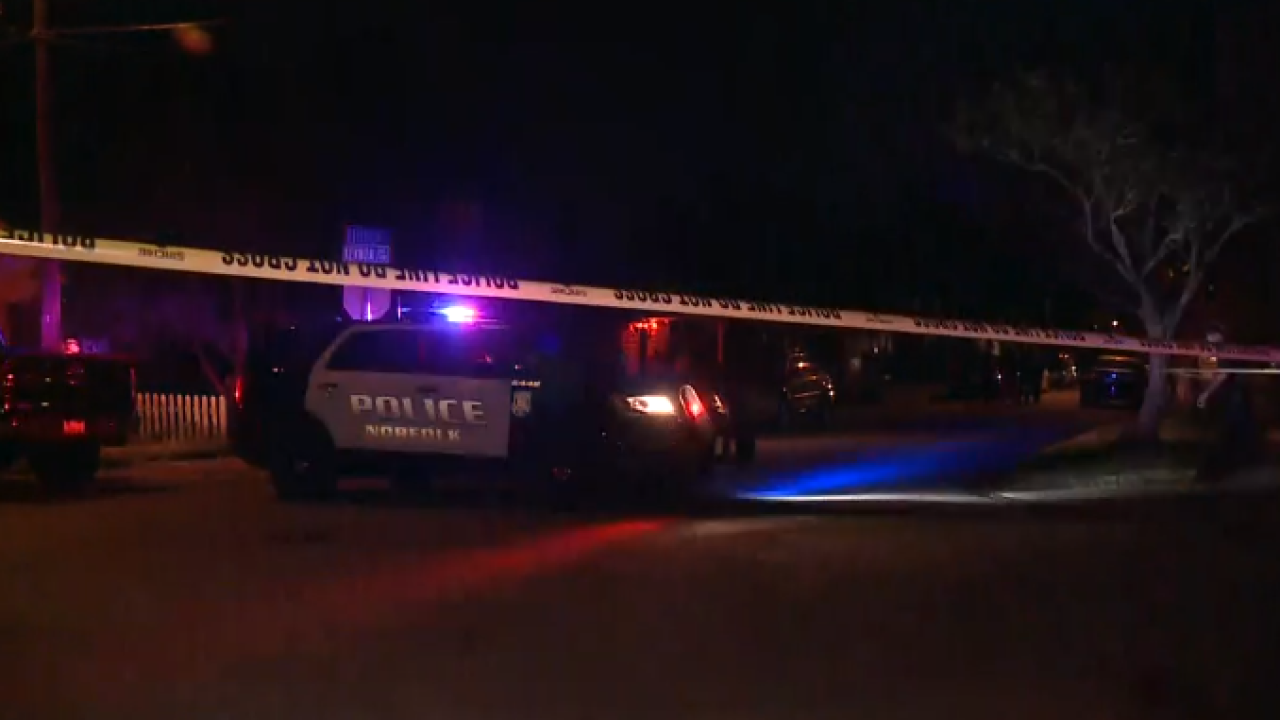 NORFOLK, Va. - Officials have given the all-clear after receiving word of a possible explosive device in the city.

The call for the incident came in to dispatch around 5:34 p.m.

Firefighters arrived on scene in the 3900 block of Peterson Street around 6:03 p.m. to investigate the possible explosive.

A man who was doing work on the house saw the suspicious package and called to report it to officials. The home is vacant, reports say.

A total of 40 surrounding homes were evacuated as a precaution for safety. As of about 10:38 p.m., residents have been allowed back inside after the package was deemed not to be a threat.

All residents are allowed back to their homes. The package was found to be of no threat.

The Norfolk Police Bomb Squad was called to assist with the investigation.