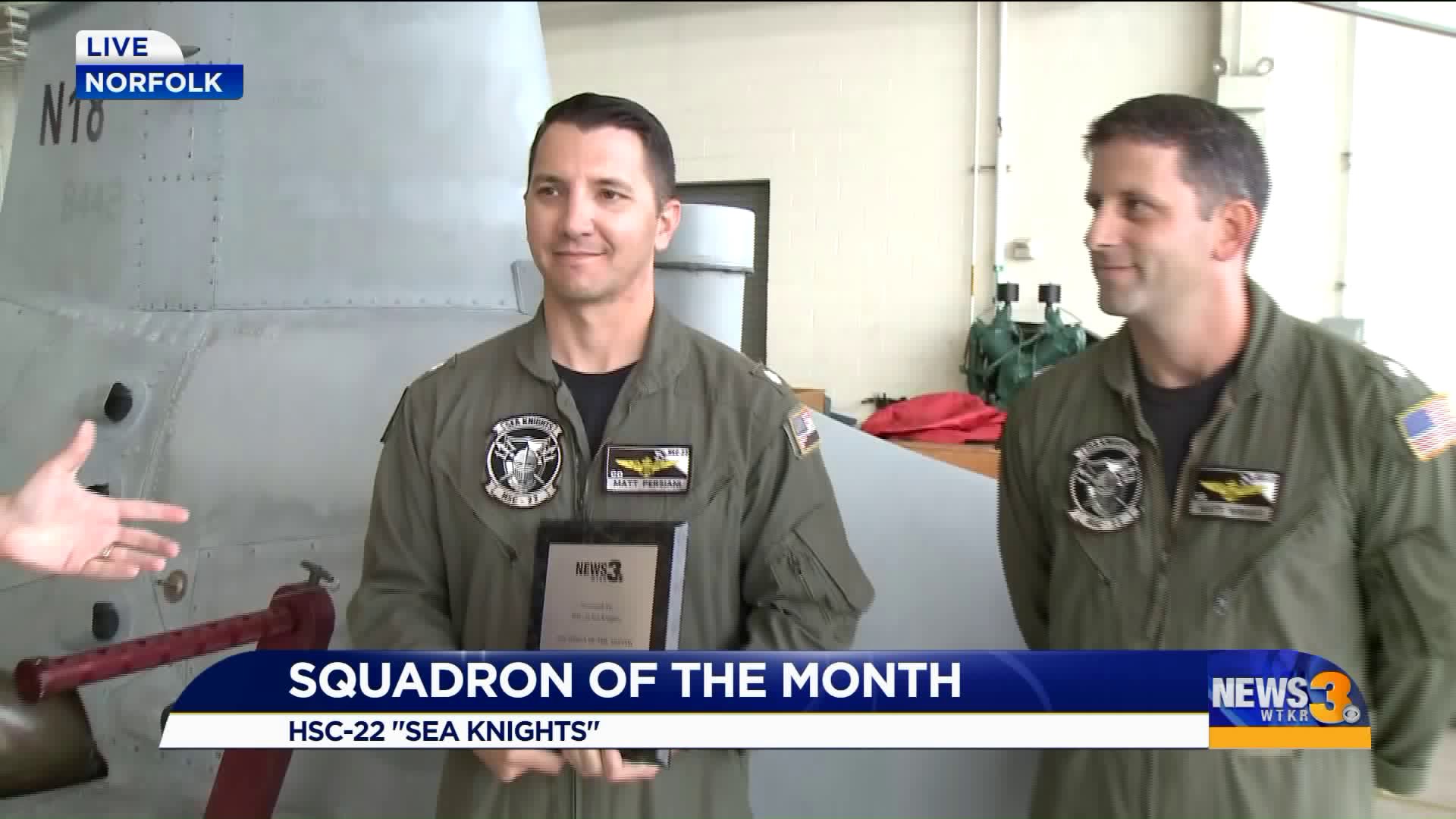 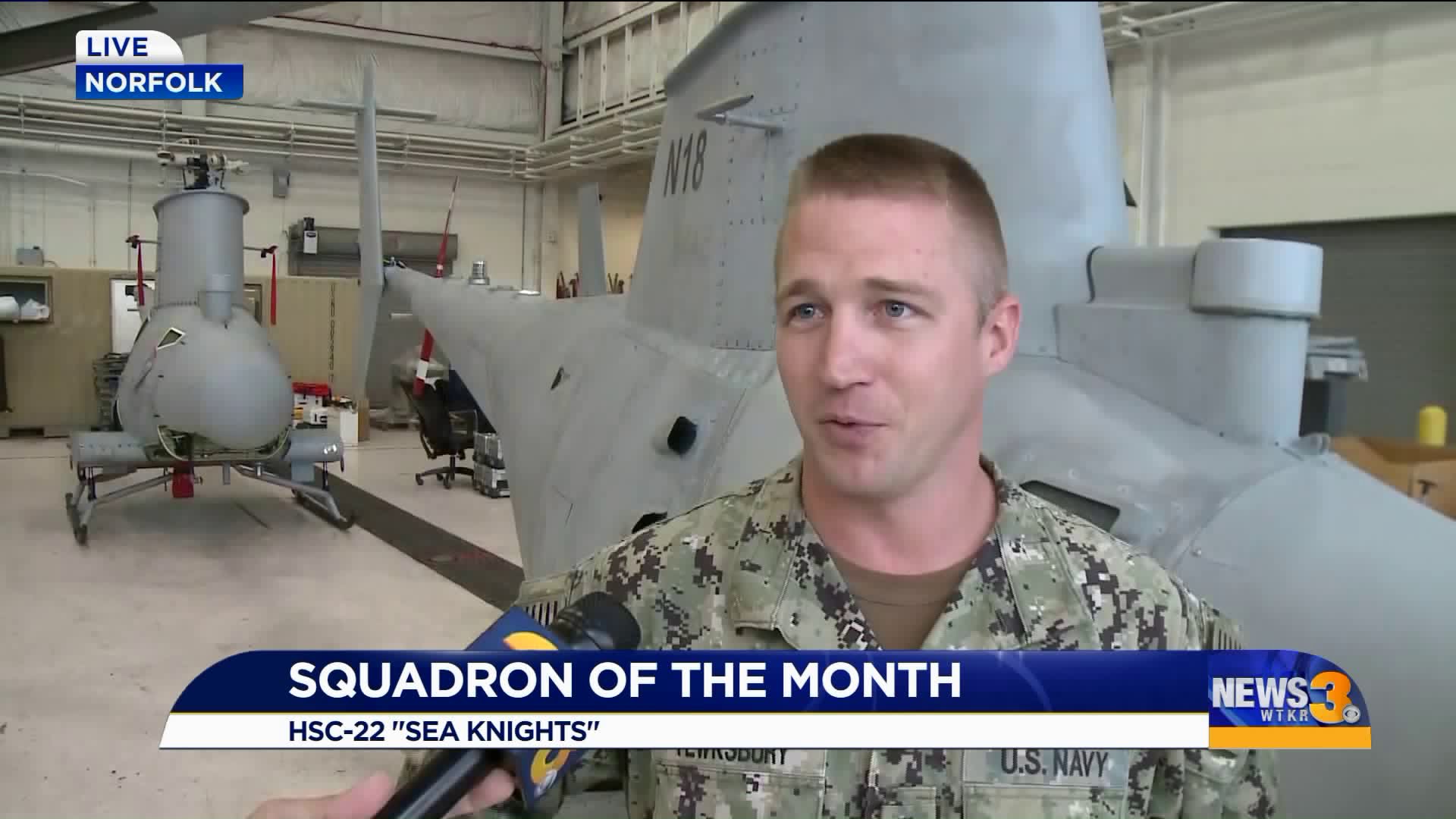 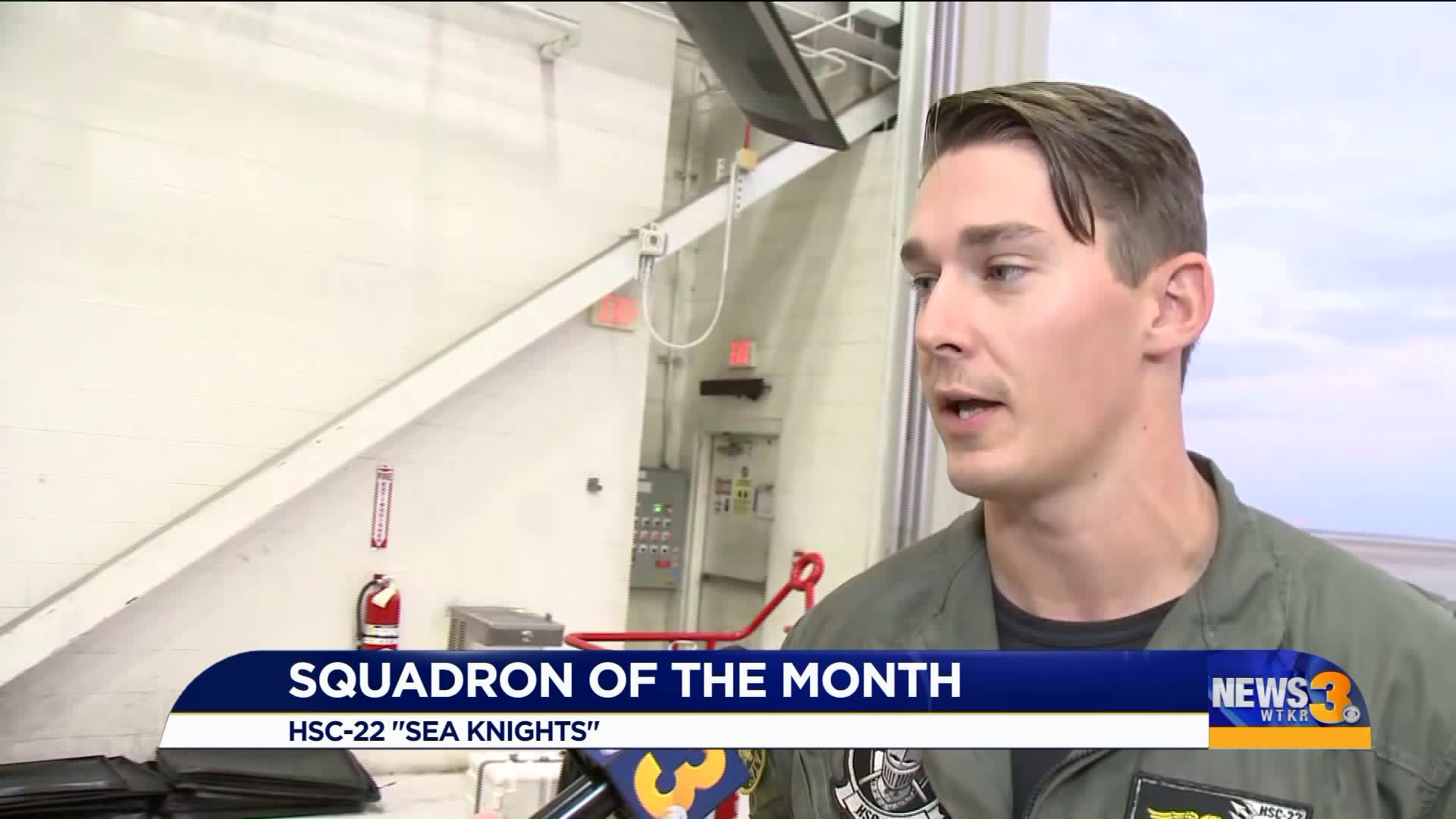 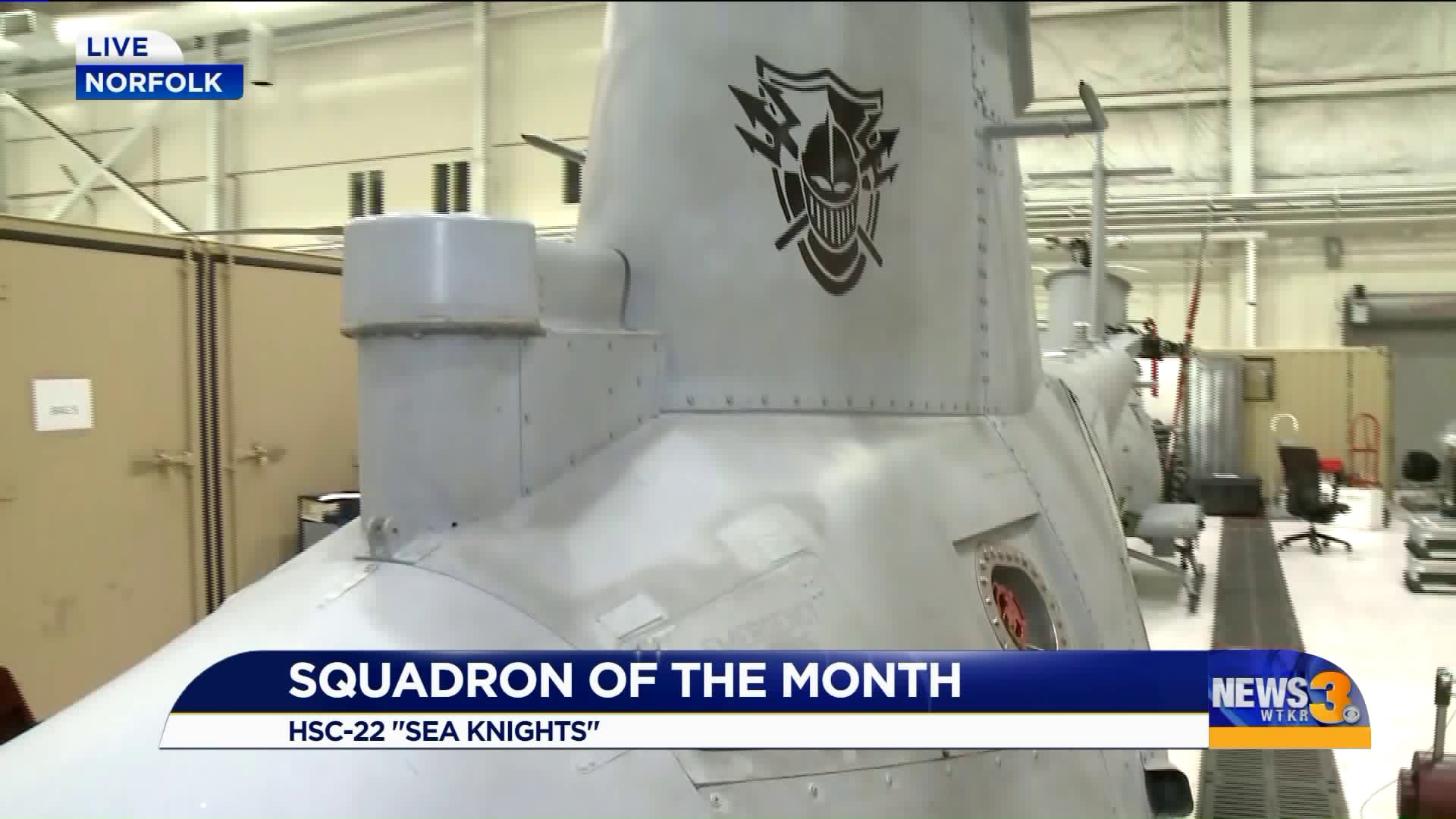 NAVAL STATION NORFOLK, Va. - News 3 is proud to honor HSC-22 as our October Squadron of the Month!

The "Sea Knights" are a Helicopter Sea Combat Squadron and they've been based at Naval Station Norfolk since 2006. They were the first new helicopter squadron on base in 22 years.

Since we last met the Sea Knights, they've started working with the MQ-8B Fire Scout drone, which will be going out on its first operation deployment on October 28.

Congratulations to our October Squadron of the Month, the HSC-22 Sea Knights! Follow them on their Facebook page!