It's a normal Wednesday morning, but the voice on the other end delivers life-shattering news: "Your wife has been in a serious car crash."

Panic fills the air and Trey Lanford is left to ask himself, "Was she going to live? Was the baby going to live?" These are two questions no father or husband want to ever ask.

His wife, Chelsea, was 32 weeks pregnant with their second child when she got in an accident near their home in Smithfield.

"She had an accident; she doesn't remember a thing about it, and then she woke up without a baby," Lanford says.

Baby Bridger was born prematurely and was quickly taken to the NICU at CHKD.

Shaking his head, Trey says, "It was just hard knowing I couldn't help since that's just... that's what I do."

He is a Newport News firefighter and part-time transport paramedic for CHKD, specifically dealing with prematurely-born children.

His days revolve around protecting and serving. However, he says even with the hours he does work at CHKD, he could never be prepared for what happened to his son and wife.

A GoFundMe started by friends is helping with medical bills, but they say whatever they don't use is going straight to the hospital.

"There's no need to keep it for myself when other kids like my son could use it or other families in the NICU could use it," he says.

The new family of four is showing that when life gets tough, they are tougher.

With tears in his eyes, Trey thinks of his wife and says, "She's my hero right now. I mean, she really is. I haven't told her that, but she is." 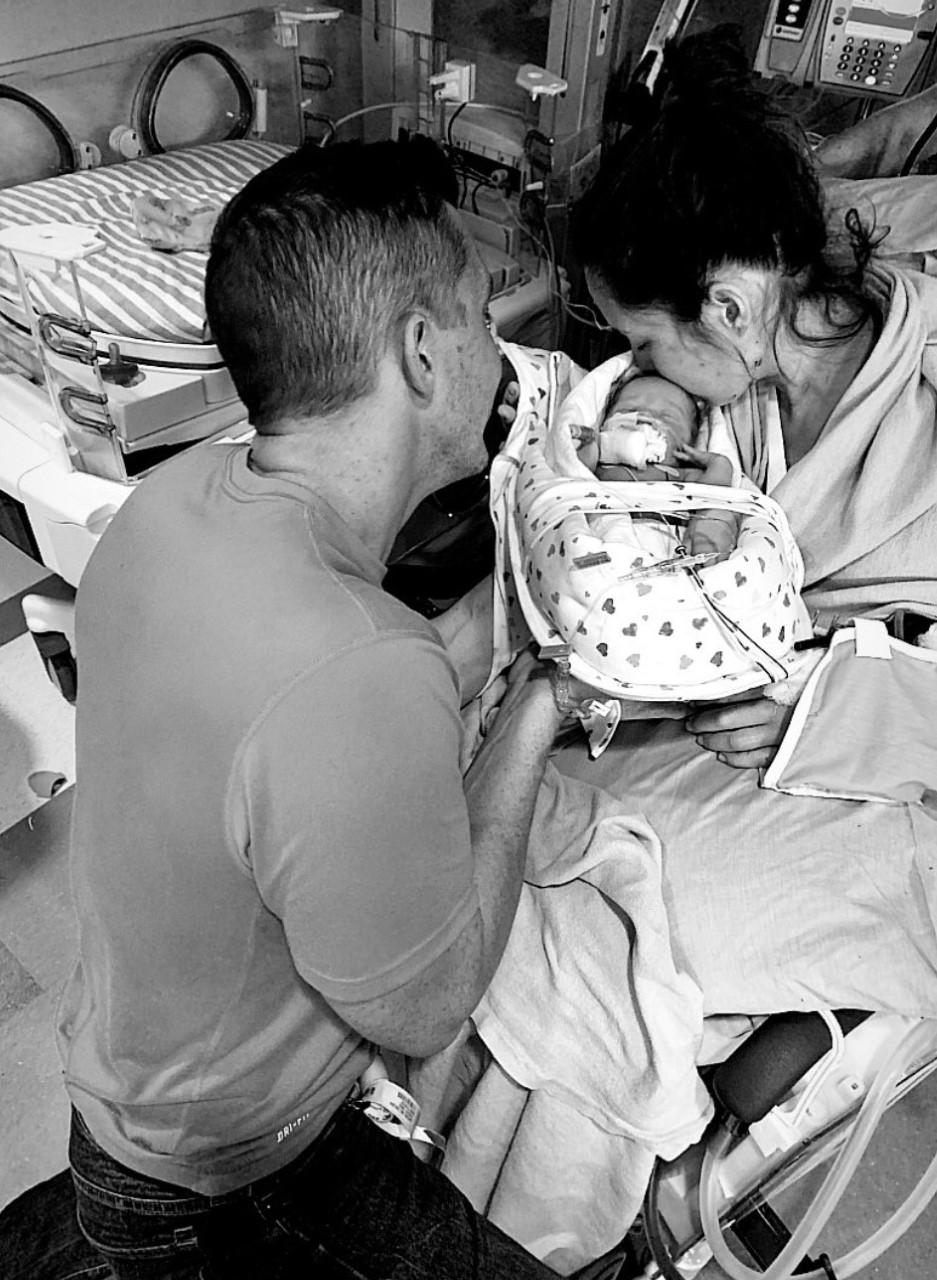