VIRGINIA BEACH, Va. - Across the country people are rallying in support of the vote to impeach President Donald Trump.

The movement is called "Nobody is Above the Law" and it has gained traction in Hampton Roads.

Dozens gathered in Town Center in Virginia Beach on Tuesday. The majority of folks were in support of impeachment saying President Trump violated his oath of office and broke the law. They believe he needs to be held accountable.

"We're not just going to sit in our living rooms and yell at the television," said protestor, Martha Fletcher.

Those from the other side of the aisle stand firm saying President Trump didn't do anything wrong.

"From day one they were talking about 'impeach, impeach, impeach' -- from the first day he was a President. Now what kind of congressperson does that?" said Sal Ferrera, who is against impeachment.

Those articles of impeachment include abuse of power and obstructing Congress.

Doug Howlett, a Virginia Beach citizen also at the rally said, "I feel like a lot of this that's going on right now doesn't go to further our ability in our country to reach across the aisle and talk about our differences." 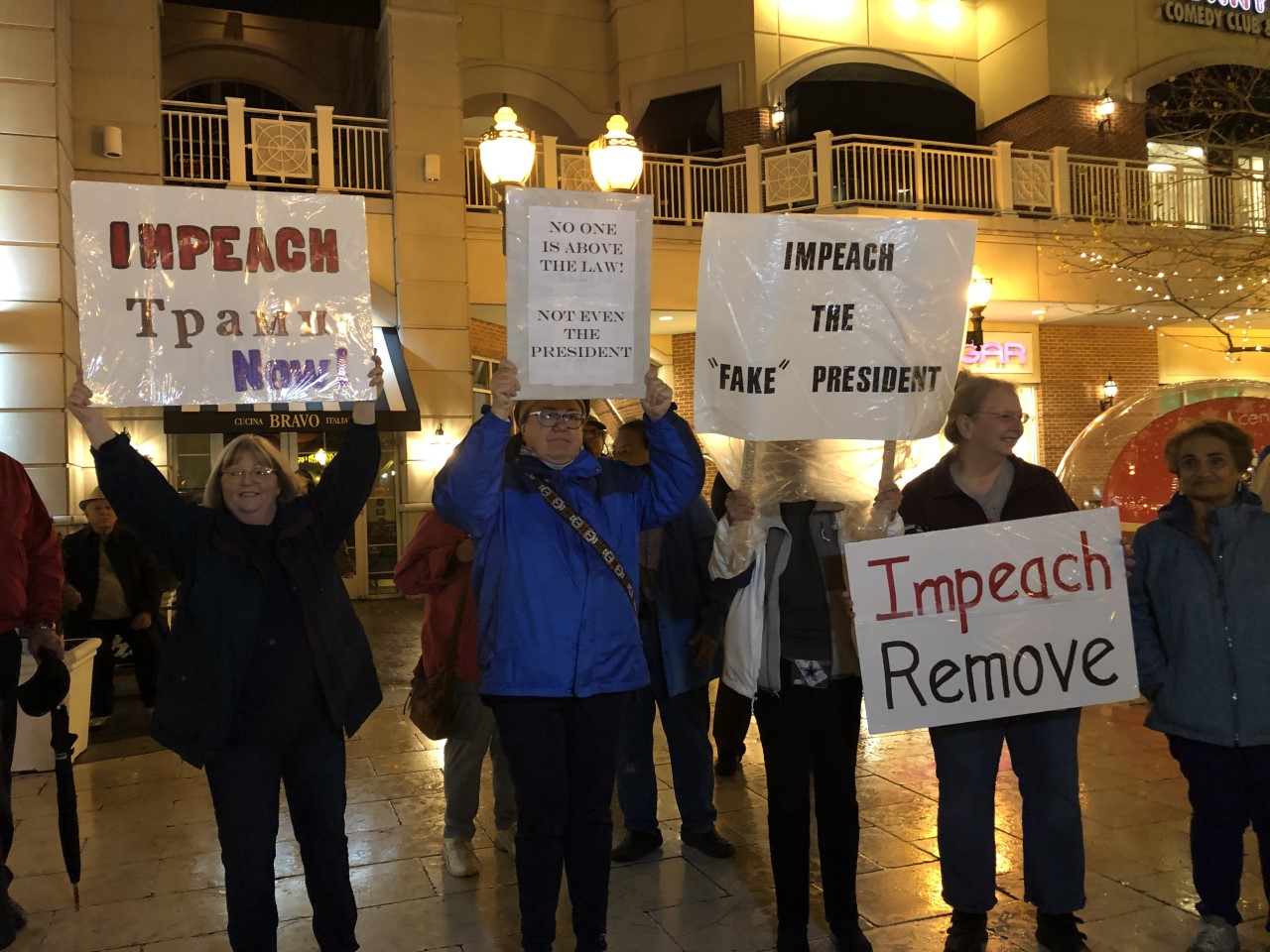