CHESAPEAKE, Va. - An 18-year-old is behind bars after leading police from two cities on a chase.

Chesapeake Police say it started out on Campostella Road near Providence Road when an officer observed a defective equipment violation on a vehicle and initiated a traffic stop.

Officers say the driver refused to stop and a pursuit ensued. The suspect vehicle fled down Campostella Road and into Norfolk, where the driver bailed from the vehicle while it was still rolling.

Officers say the vehicle hit a curb and stopped near Norfolk State University.

After a brief foot chase and struggle, the driver was caught. 18-year-old Nasir Hunter of Norfolk was identified as the driver, and he is facing a list of charges including: Possession of a Stolen Vehicle, Possession of a Concealed Weapon, Felony Eluding, Assault on a Law Enforcement Officer, Driving on a Revoked License and Defective Equipment.

Related: 'He never should have died that way' Family of teen killed during police chase crash in Norfolk speaks out

According to emergency dispatch, Norfolk State University Police were also on scene. The vehicle was reportedly stolen out of Norfolk.

Hunter is being held at the Chesapeake City Jail with no bond. 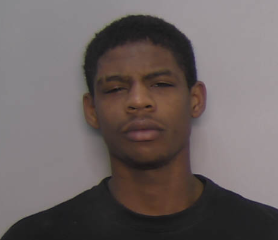