SUFFOLK, Va. - Debbie Wiggins is a mother and high school teacher, so she knows a thing or two when it comes to teenagers.

"In this day and time, our children have so many stressors and pressures on them that parents did not grow up with, and it's very important that we stay in touch with what's going on with our children," she said.

It's a hard conversation to have with your kids, but it's an important one -- noticing the warning signs when it comes to depression and anxiety.

Wiggins admits there is still a lot she would like to know when it comes to protecting her daughter and students.

For help on how to do that, she attended a meeting hosted by the Sarah Michelle Peterson Foundation in partnership with Suffolk Public Schools.

"We teach people how to recognize when someone's mental health is not okay and what to do about it," Executive Director of the Foundation, Michelle Peterson said.

Peterson lost her own daughter to suicide in 2014. Since then, she's been advocating for mental health and how to notice when a child may be slipping towards a depression.

According to the National Suicide Prevention Lifeline, symptoms include changes in appetite, sleep, difficulty concentrating, reduced ability to function and increased irritability, among others.

They report that suicide is the second leading cause of death for young people between the ages of 10 to 24.

"What we want to do is be very direct with people and ask them if they are okay [and] ask about their story," Peterson said.

Peterson first spoke to teachers after school and then opened up the discussion to parents. They also watched a video which talked about how to open up the conversation.

On Thursday, the students will see the same presentation and learn who to reach out to for help.

In a newsletter to parents, Suffolk Public School said, "Since 2006, teen suicide rates in the U.S. have been steadily increasing. Nationally, nearly 1 in 5 teens has reported seriously considering suicide in the past year, and depression is the single greatest risk factor for suicide. As hard as it is to say, nearly every city in Hampton Roads has suffered the loss of a teen by suicide in recent years. SPS recognizes that many more students are struggling."

More presentations are scheduled for the next few months as well. Parents and guardians are welcome at every meeting:

Here are some other important resources: 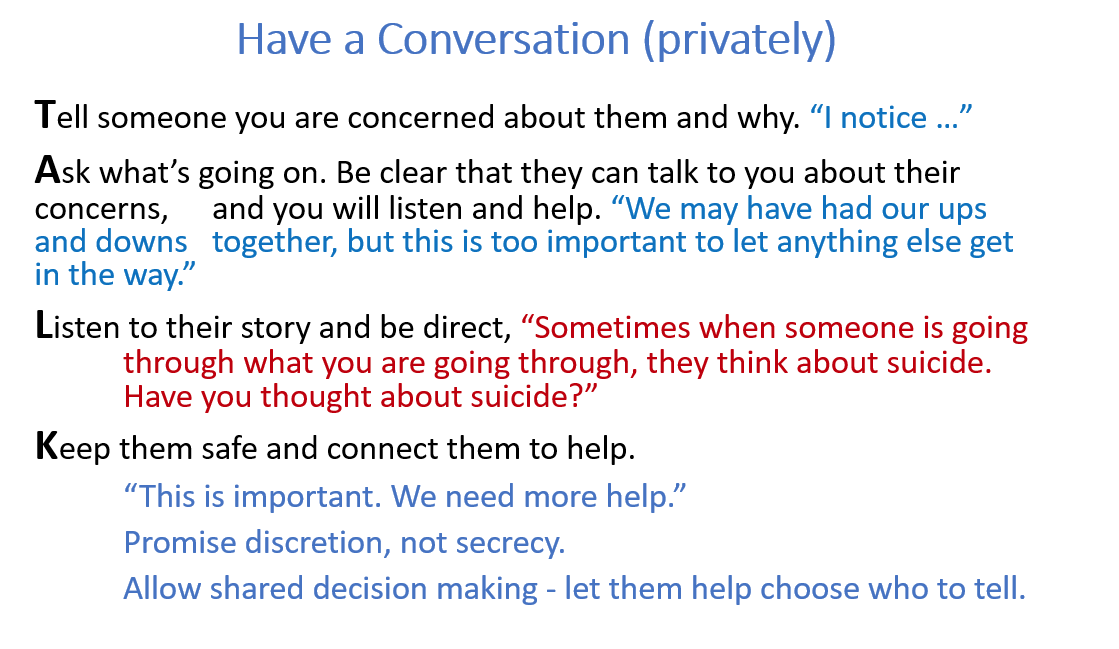