NORFOLK, Va. - On Thursday night, tents lined the ground in front of Norfolk City Hall -- not because people were camping out, but because they said that could be their future.

"They are demolishing and displacing people, yet there are no homes. There are not enough homes or places for kids to go here in the city," said community activist Lafeetah Byrum.

People are pushing back against the city's plan to tear down public housing units in three neighborhoods and build mixed-income housing.

Titanya Gaynor has been living along St. Paul's Boulevard for 13 years, and she worries she'll be forced to the streets.

More than just signs, a lawsuit has been filed. In the suit, citizens claim they're being discriminated against and pushed out of the city.

Deputy Director of the Legal Aid Society of Eastern Virginia Sarah Black said residents have spoken up at past council and St. Paul's Advisory Committee meetings, but they haven't been heard so they're taking action.

Those who filed the lawsuit would like to see replacement housing built before any homes are torn down.

"It's not fair to massively displace an entire community, and there is space for everybody in this city and there's space for them," Black said.

They want Norfolk to come up with a new plan that better protects residents.

Local housing officials have said the project will unite the entire city and bring new life to the area, which they've described as crime ridden and poverty-stricken. The city has received a $30 million grant from HUD to help complete the project.

"We're hoping the city and the Housing Authority will recognize that the path they're on now is not the right one," said Brown. "We'd be willing to work with them to work out that better path."

All of the defendants in the case told News 3 they have no comment on the lawsuit. Details of the suit were first reported by The Virginian-Pilot. 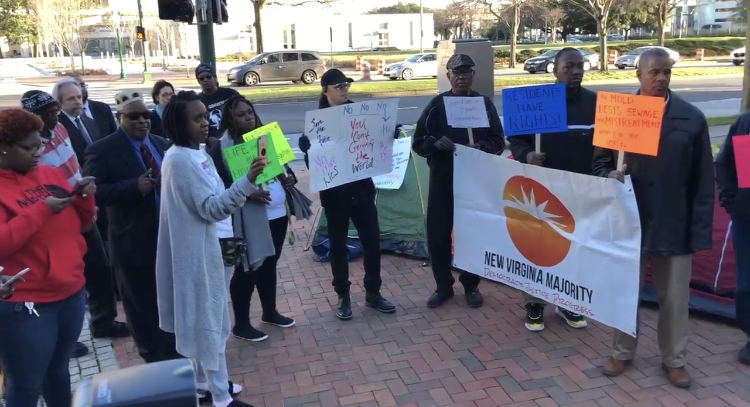