VIRGINIA BEACH, Va. - Dressed in wacky costumes or just swimsuits, they race into the frigid Atlantic. This group of people includes some guys called the Bearded Villains.

Nicholas Cary is one of the members of the local chapter.

"It's just a group of guys that have bonded over having a beard, and we just want to reach out and make the community better. We do as many events as we can possibly do," he said.

That includes the Polar Plunge. They are regulars and are gearing up for another year of just swim trunks, special head gear and Viking helmets.

"Viking - like pillage, plunder, attack the water!" he says with a smile.

So, does having the beard give them an advantage? Matt Duke, who will also be plunging with the group next month says, "Yeah, I think so. It does, 'cause your face doesn't freeze up... get too cold or anything." 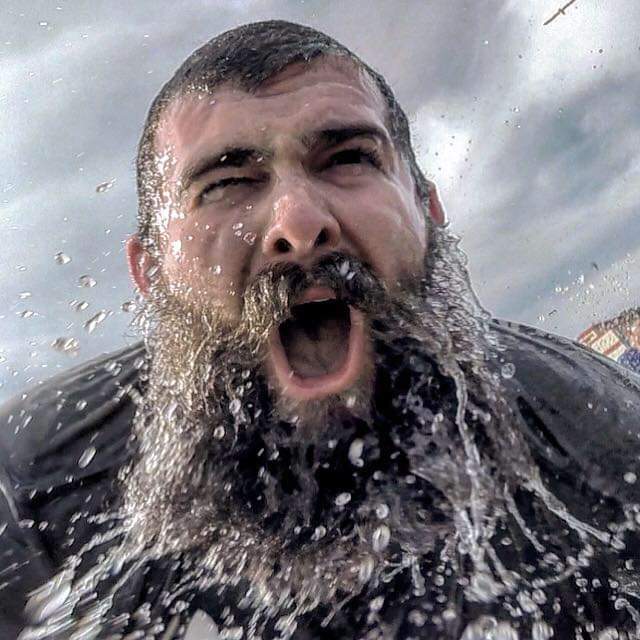 But the rest of their bodies? Yep, frozen. But  another member, Eric Williams, say it's worth it to support Special Olympics Virginia.

"It's coming from your heart and you know that this means so much more to them than the little bit you endure here. [It] goes a long way for the people you're trying to help."

And Nicholas adds that in addition to plunging, the Bearded Villains also support the various events in which the Special Olympians compete.

"The athletes react good to people just coming out and supporting them and cheering them on, and so we're also a part of that throughout the year as well."

They take action in others ways. For example, a recent fundraiser to help local homeless veterans or raising money to take Easter baskets to children who are hospitalized. Williams believes what they're doing is helping shatter stereotypes.

Related: Dedicated Polar Plunger's passion for giving back rubs off on coworkers

"Partially, it's changing the image of when people look at guys with beards, they get a certain image in their head. You might.....most times somebody will talk up to me and ask, 'Are you in a gang?'"

Matt says it's a frequent question.

"It gets mistaken a lot of times - about 100% of the times - anytime someone comes up and see us...even walking around at a Walmart."

And they hear the question, "Are they in a bike gang?" And sometimes they are joining forces with biker clubs to take action in the community.

For all those reasons, News 3 presented the Bearded Villains with a People Taking Action award along with a $300 Visa gift card from our community partner, Southern Bank.

And if you'd like more information on the Bearded Villains local chapter, the Virginia Villains, click here.