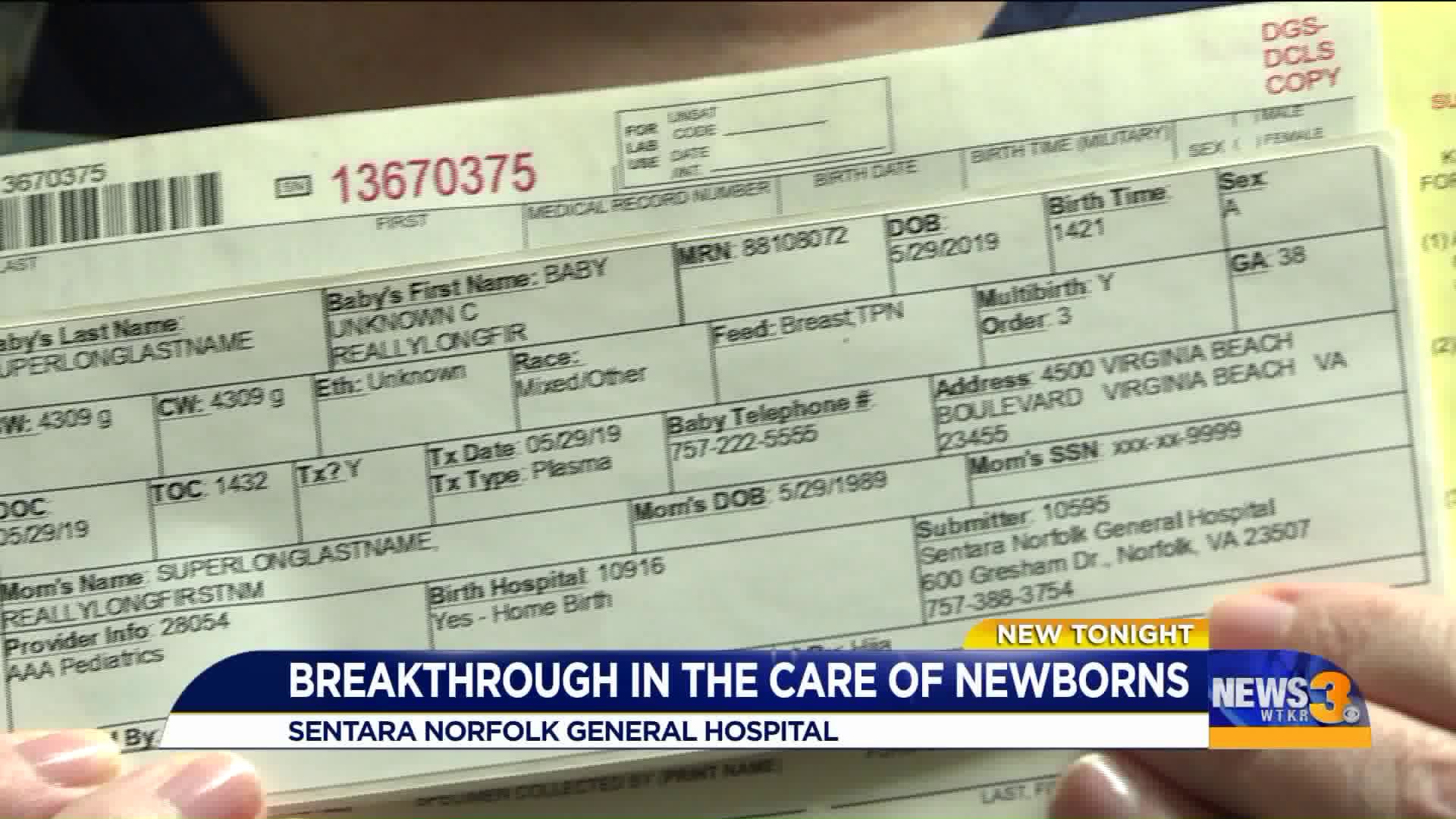 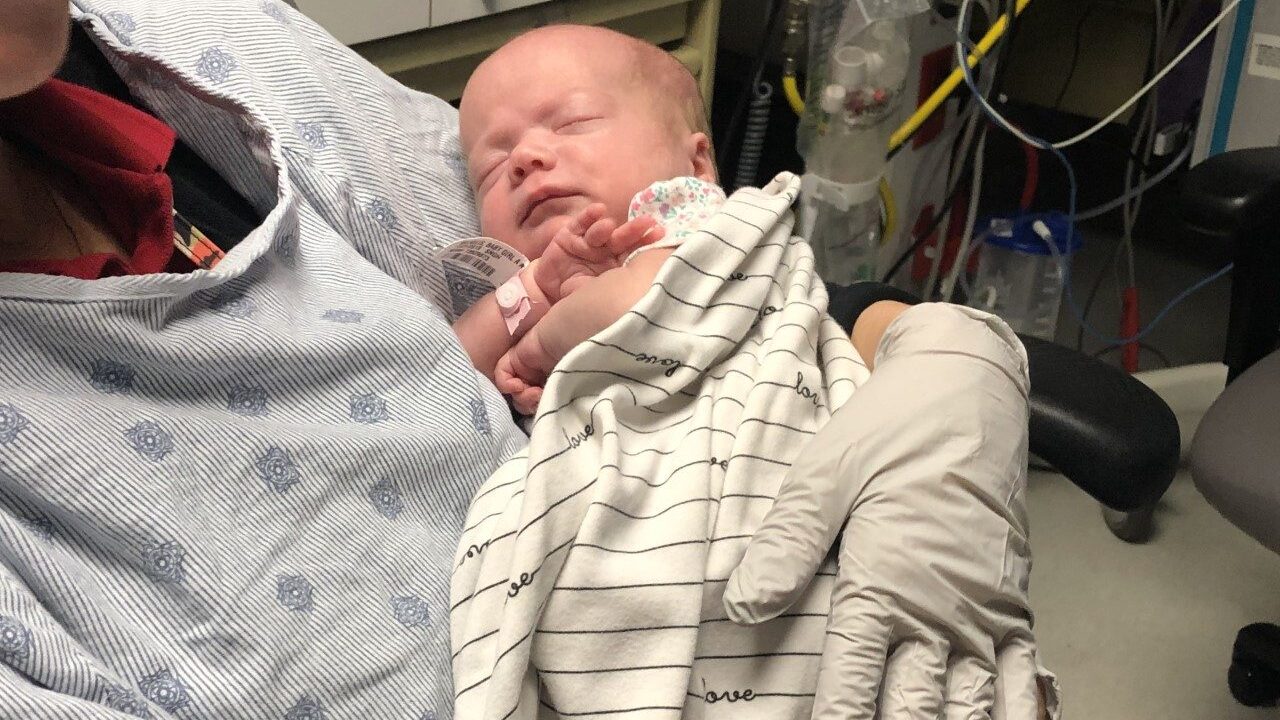 NORFOLK, Va. - Families are reaping the benefits of a medical breakthrough for newborns at Sentara Norfolk General Hospital.

Sentara Norfolk Nurse Specialist Heike Nicks and her team have been researching this for quite some time now. Their goal was to shorten the time it takes to collect, deliver and document a baby's data.

"There's really no way to do that without an electronic messaging system," Nicks said.

Believe it or not, up until July of 2019 the hospital was still doing everything by hand. The process was started back in 1966 and nurses have had to fill forms out manually, but that has caused some difficulties.

There have been issues with reading handwriting and transcription errors that have resulted in testing delays.

In addition to that, the blood sample and paperwork would need to be physically brought to Richmond. However, now it's being done electronically.

"The order, whenever it's written by the physician, the information will hook to the order and then go to the state lab. When the results come back, they send it via the order back back into that baby's chart and the doctor's get notified as soon as the results are ready," Nicks said.

The hospital's registration system pulls over any common information that is listed on the form so that it doesn't have to be re-entered by the nurse.

Every year, DCLS and the Virginia newborn Screening Program screens about 98,000 babies for 30+ metabolic and hereditary disorders. Of those, over 600 will be identified as having one of these disorders:

The new process reduces transcription errors, allows tracking of samples through the system and earlier interventions, which can avert unexpected infant deaths and improve prospects for long-term physical and cognitive development.

According to the hospital, "the current standard of care recommends that providers receive time-critical screening results no later than the 5th day of life. Virginia’s manual process averages 14 to 16 days. Since launching the Sentara-DCLS collaboration, the majority of screening results are returning from DCLS to the Sentara EMR in under five days."

Other hospitals across the state of Virginia have been working on this initiative for years, but Sentara Norfolk General is the first one to have it fully operational.

"Well it's just great because then we can treat the babies as soon as possible and it's a better outcome for the baby in the long term," said the RN Unit Coordinator, Kristine Montagna.