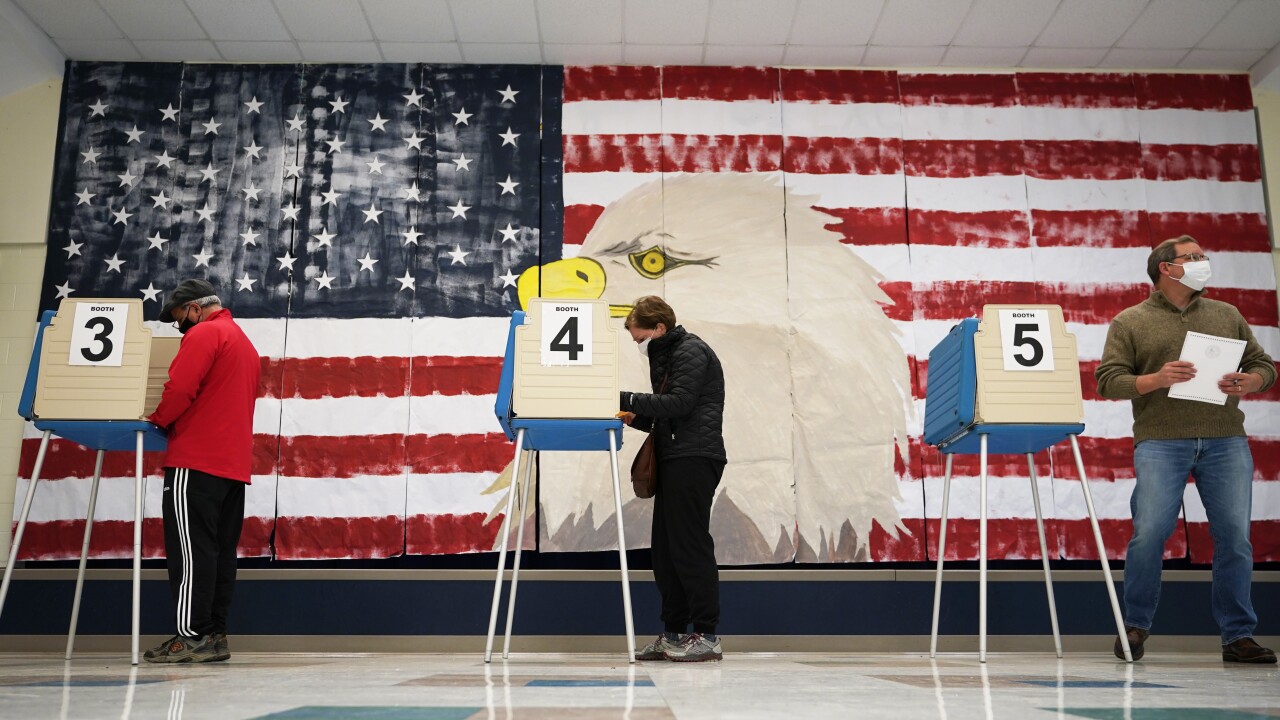 Steve Helber/AP
Voters cast their ballots under a giant mural at Robious Elementary school in Midlothian, Va., Tuesday Nov. 3, 2020. Poll workers said that traffic was slow due to all the early voting in the precinct. (AP Photo/Steve Helber)

RICHMOND, Va. - The Virginia Department of Elections provided updates about how voting is going in Virginia on Tuesday evening.

The official said there are no exact totals as of 4 p.m., on what localities have gotten through ballot wise, but they have been working hard to get through most of the ballots in so far.

Virginia localities have been given a cutoff time of 11 p.m., on Tuesday to stop processing ballots and report the numbers thus far.

Some localities may report their numbers before 11 p.m., but 11 p.m. is the cutoff, the official said.

Statewide counting will resume on Wednesday.

Absentee ballots can be accepted in Virginia through Friday, November 6 at noon if postmarked on or before Election Day, so counting will continue through the week the Virginia Department of Elections official said.

He said localities will certify their results on November 10 and the State Board of Elections will meet on November 16 for final certifications.

As of 4 p.m., he said there have been no reports of voting being impeded around the Commonwealth. The official added that there were some reports of problems with people not wearing masks, but nothing widespread and no major issues.

Click here to view election results once polls are closed.