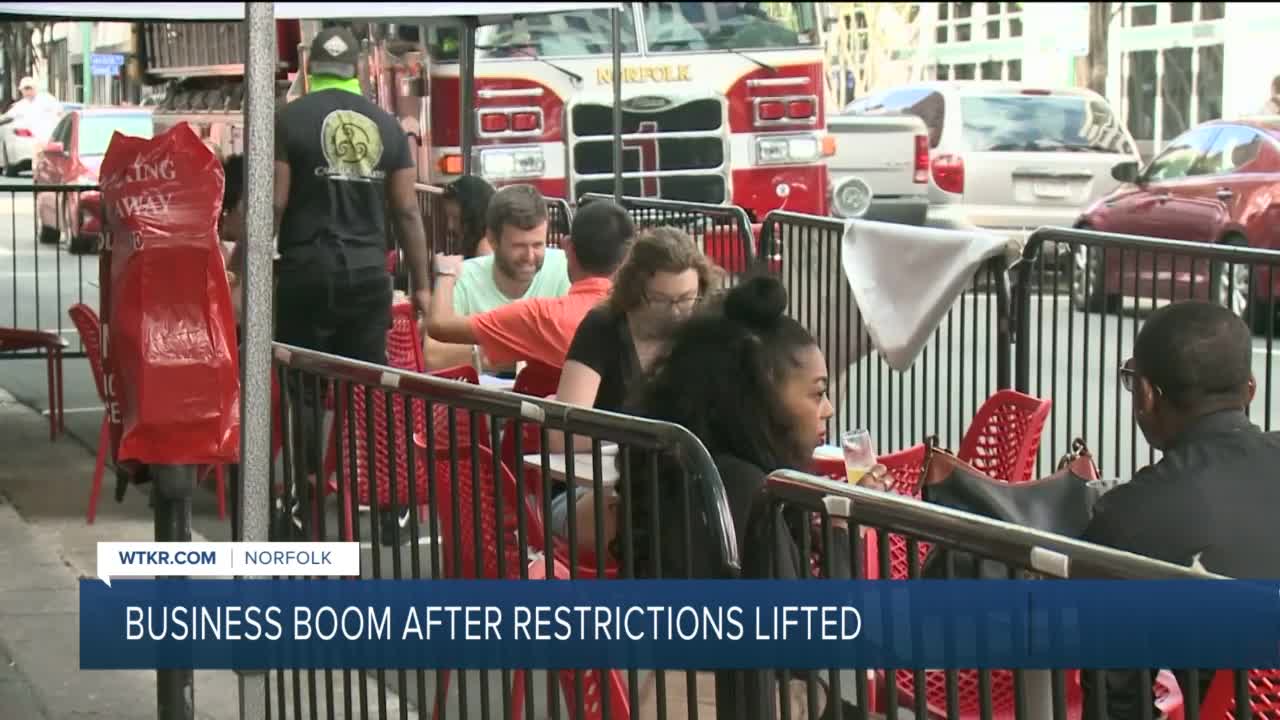 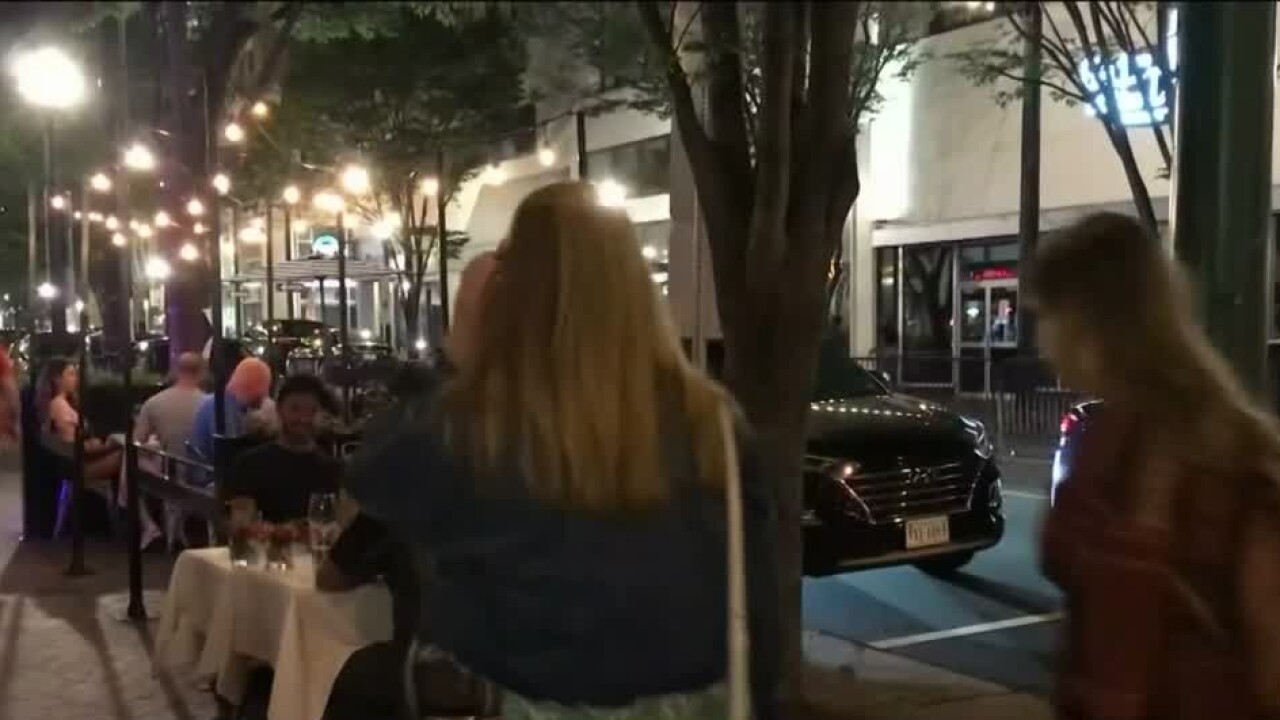 NORFOLK, Va. – The nightlife in downtown Norfolk Saturday was a much different scene than the past six weeks

Since the end of July, restaurants and bars across Hampton Roads had to shut their doors at midnight, limit indoor dining, and last call for alcohol was 10 p.m.

“It impacted us greatly,” Wallace said. “We had to reinvent ourselves. We bought growlers to sell alcohol to go.”

Overnight Thursday, Gov. Northam (D-Virginia) lifted the added restrictions for the eastern region that were put in place on July 31. The governor said the decision followed a steep drop in new COVID cases.

The percent of positive tests in the state’s eastern region, which includes Hampton Roads, also dropped recently to 6.7 percent. That’s down from 10.8 percent at the end of July when COVID cases spiked after Memorial Day and July Fourth.

Patrick Horan of Norfolk believes the tightened measures made a difference.

“Having those restrictions, it was kind of a wakeup call to a lot of people that some places and some people were getting a little too free, a little too loose with following the rules,” Horan said.

Saturday marked the start of the first weekend bars and restaurants could stay open later.

Grace O’Malley’s is now hoping to make up some of the revenue they lost earlier this summer.

“We just got to keep doing what we do and move on, see what we can do,” Wallace said. “All our guests have been great. They’ve been coming back. They didn’t want to leave by 10 p.m. but were cool about getting drinks out. We didn’t have any problems with anybody.”

“Let’s hope we can get through COVID and maybe it’ll return to as business as usual,” he said. “Let’s hope so.”

“Seeing this kind of helps prove that we’ve managed to come together and do what’s right,” said Horan. “Now we can give it another shot and hopefully make better decisions.”