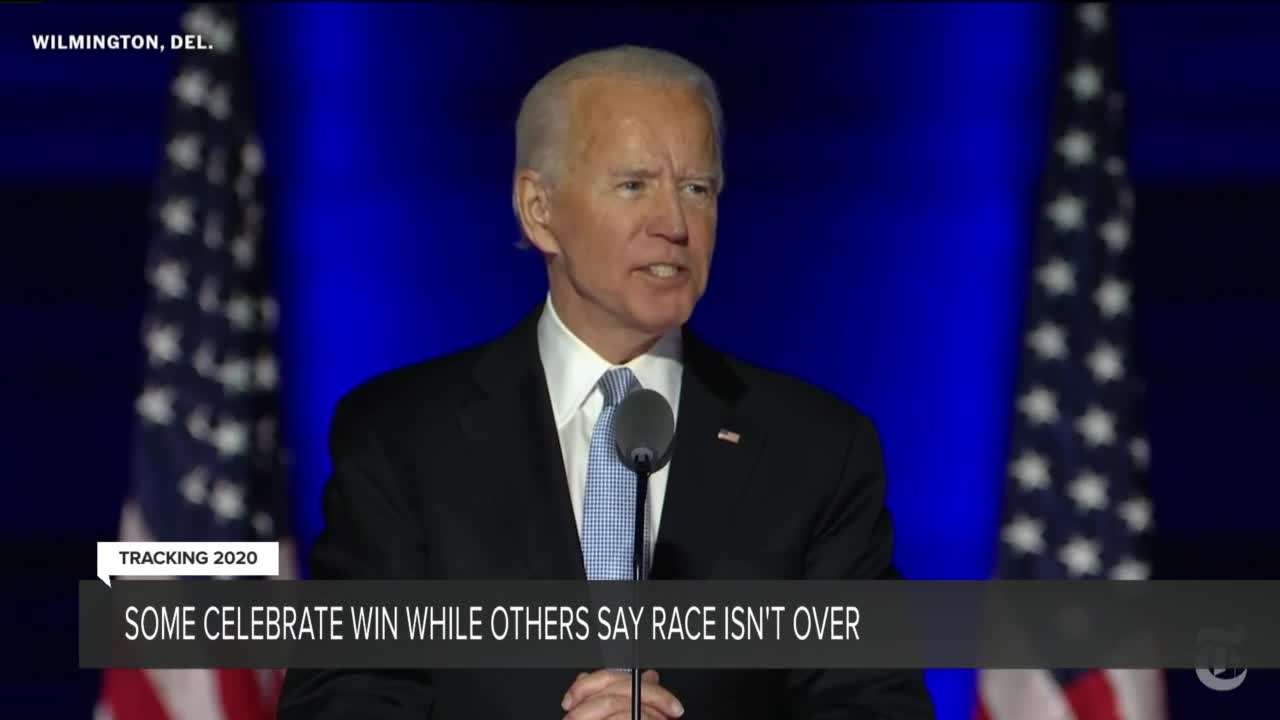 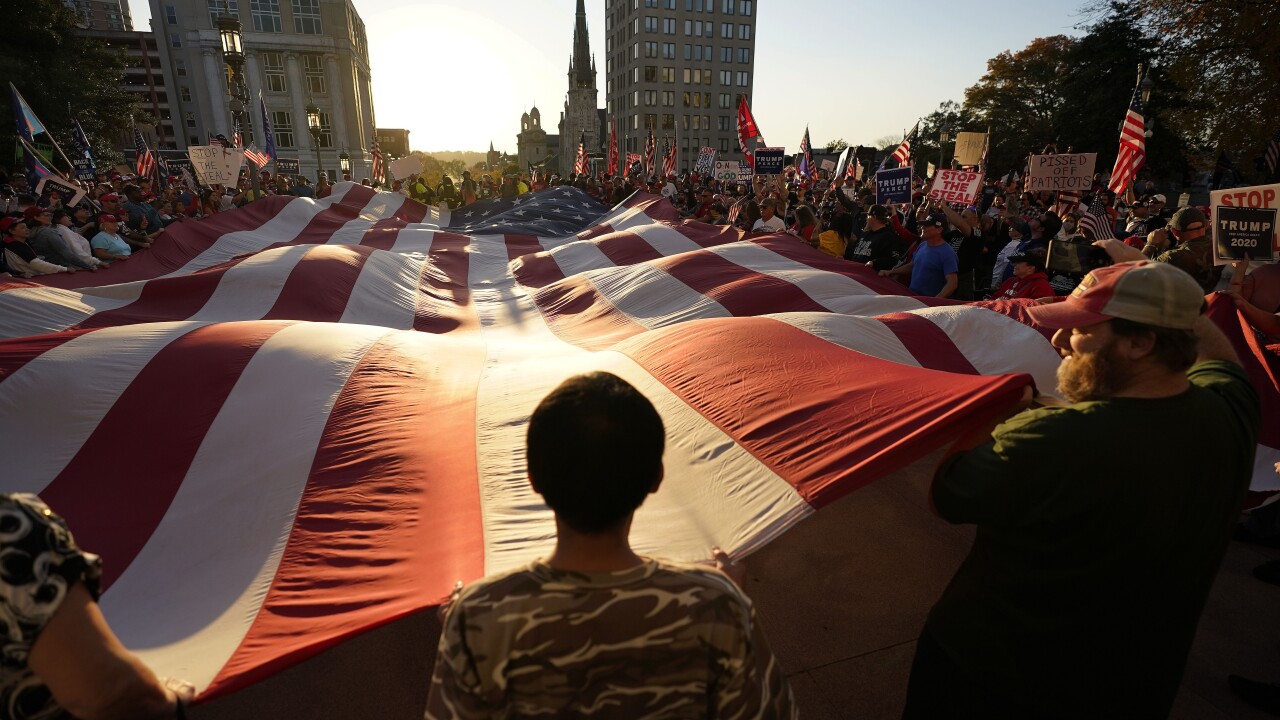 HAMPTON ROADS, Va. - After four long nights of waiting for a projected winner in the 2020 presidential race, multiple news outlets are saying Joe Biden will be the 46th President of the United States.

“I pledge to be a president who seeks not to divide but unify,” said Joe Biden as he addressed the nation with his running mate California Sen. Kamala Harris.

Several supporters were eager to celebrate a victory Saturday night.

The Greater Hampton Roads Black Democrats gathered at Bowmans Soul in the Wall restaurant in Hampton. President Gaylene Kanoyton said the group’s work to get out vote for the former vice president paid off.

“We need to have someone with stability, someone that cares about the people and telling the truth and move this country forward,” said Kanoyton.

But some Republicans are adamant this election isn’t over.

John Fredericks is the chairman of the Trump Virginia Campaign.

“Media outlets projection are irrelevant,” Fredericks said. “The Associated Press, CNN, Fox or the other fake news media out there, does not select the president. It’s selected by electors.”

As reports of voter fraud, ballot tampering and the illegal removal of Republican election observers surface, Fredericks said they’re going to make sure every legitimate vote is counted and verified. No evidence has been presented that support these claims.

“We have no idea what the outcome of this election is, so Joe Biden and the media can claim whatever they please,” said Fredericks. “This race is not over. We’re fighting on. We’re confident that Trump is going to get inaugurated on January 20.”

Democrats are continuing their fight too saying Biden will be the one to unify the country amid a global pandemic.

Kanoyton lost her 82-year-old mother in June from complications of COVID-19.

“This election was not only about bringing democracy back to the White House, but it was also to bring honor to the 200,000 people that died of COVID,” Kanoyton said.

Meantime, Fredericks plans to travel to Atlanta and Philadelphia on Sunday for a two-week tour to shine a light on what he calls irregularities in the voting process.

“We’re making sure that democracy survives and exists, and our process is not fraudulent,” Fredericks said. “When legitimate votes are verified and certified, then there will be an outcome.”