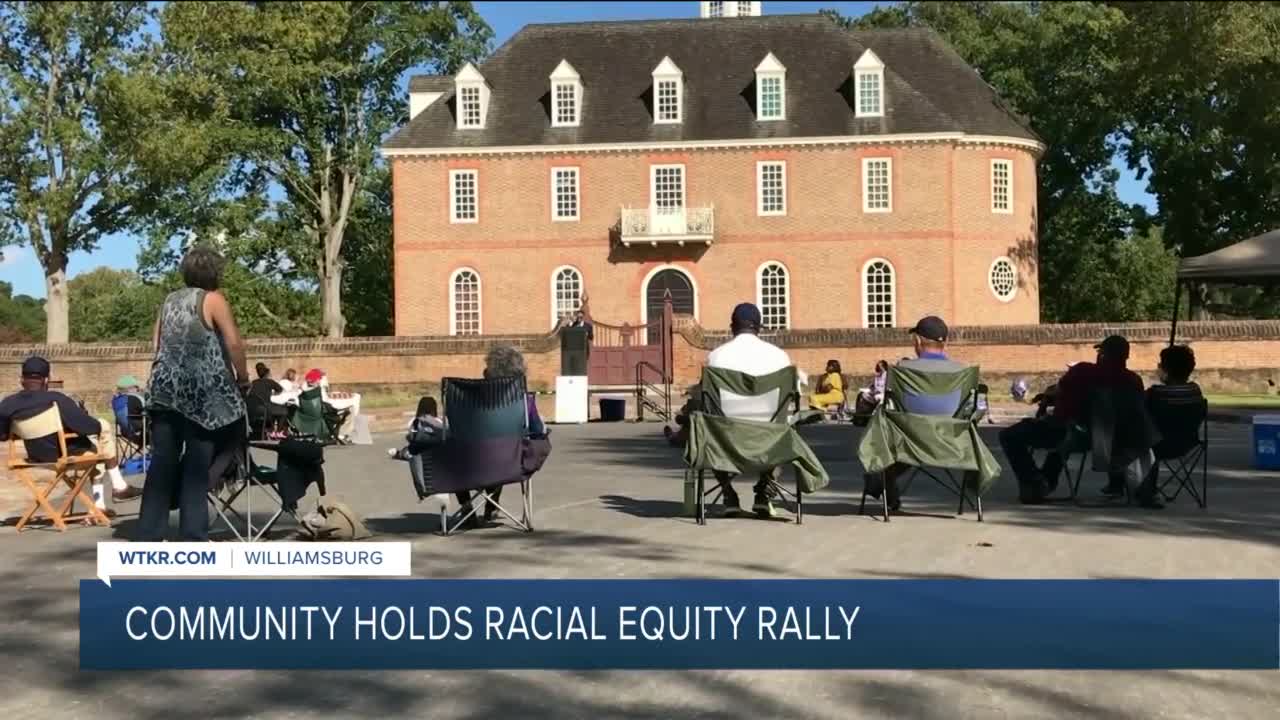 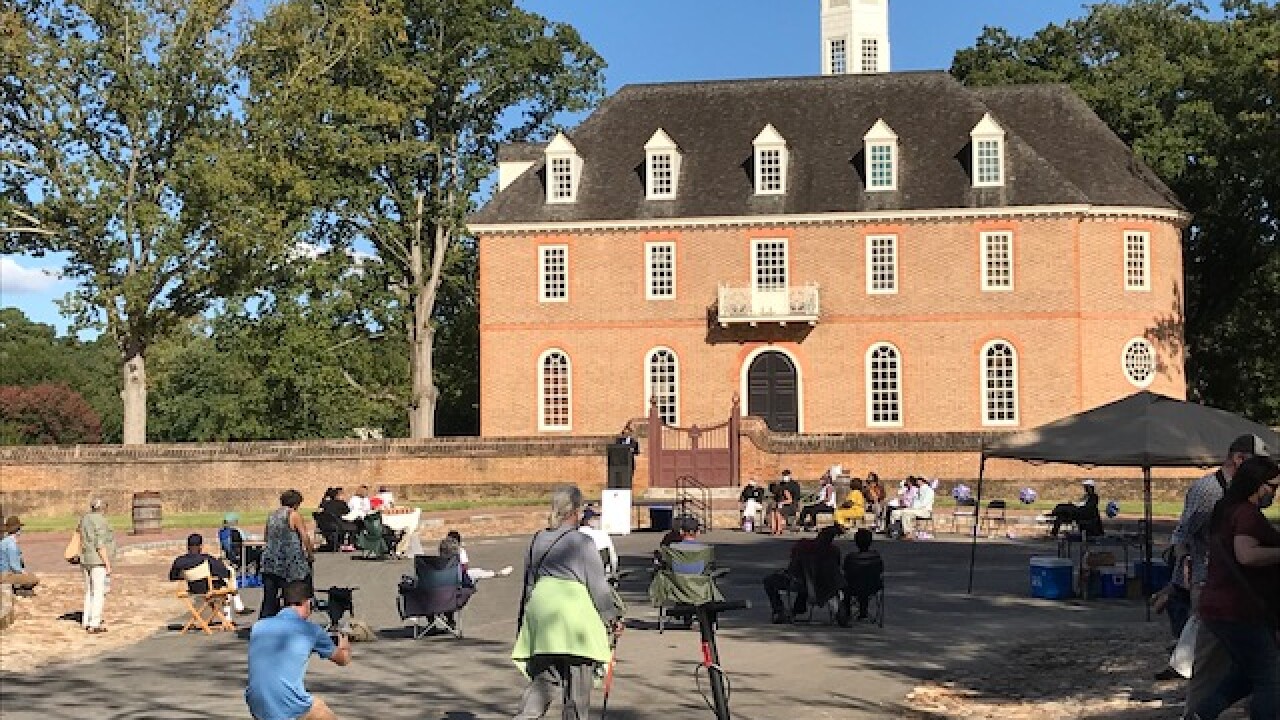 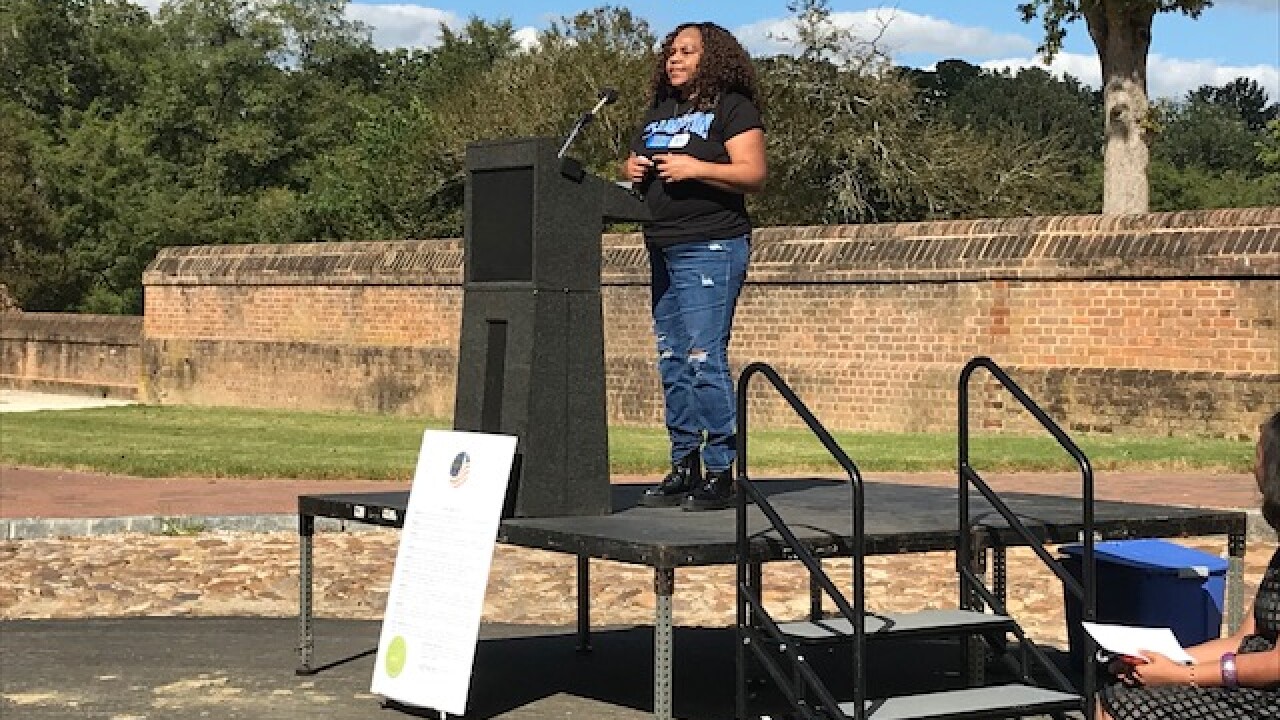 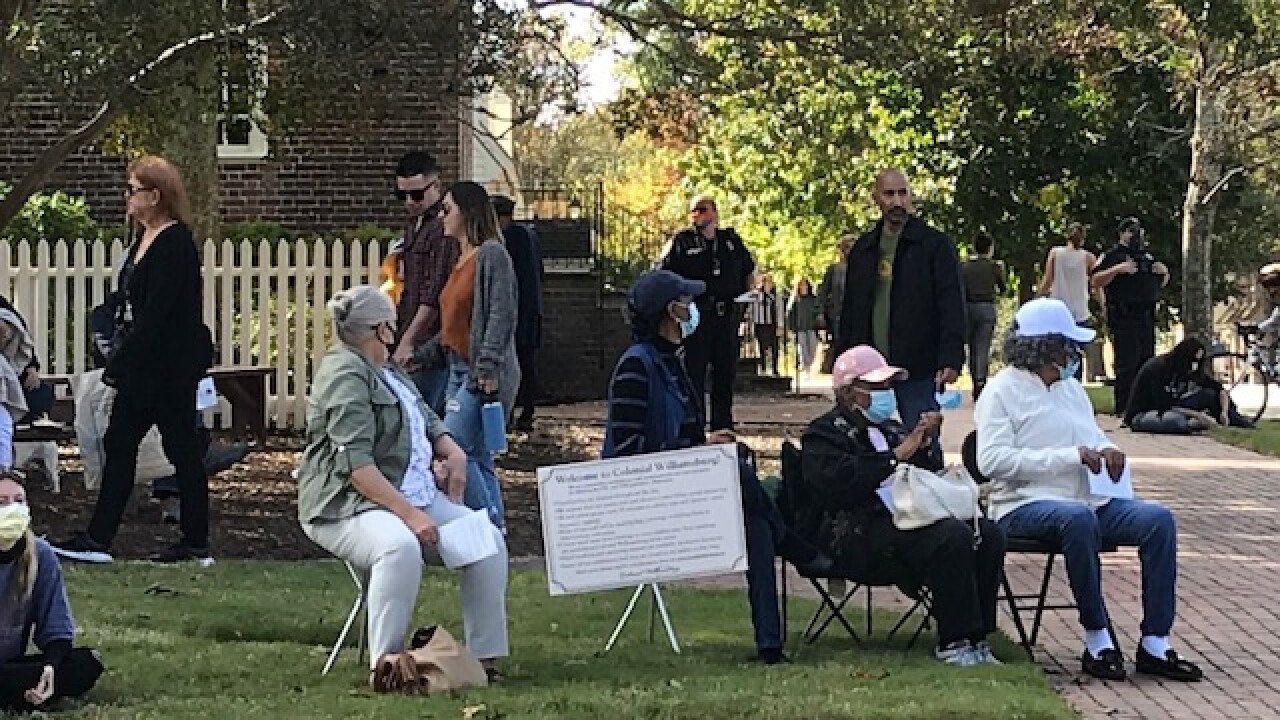 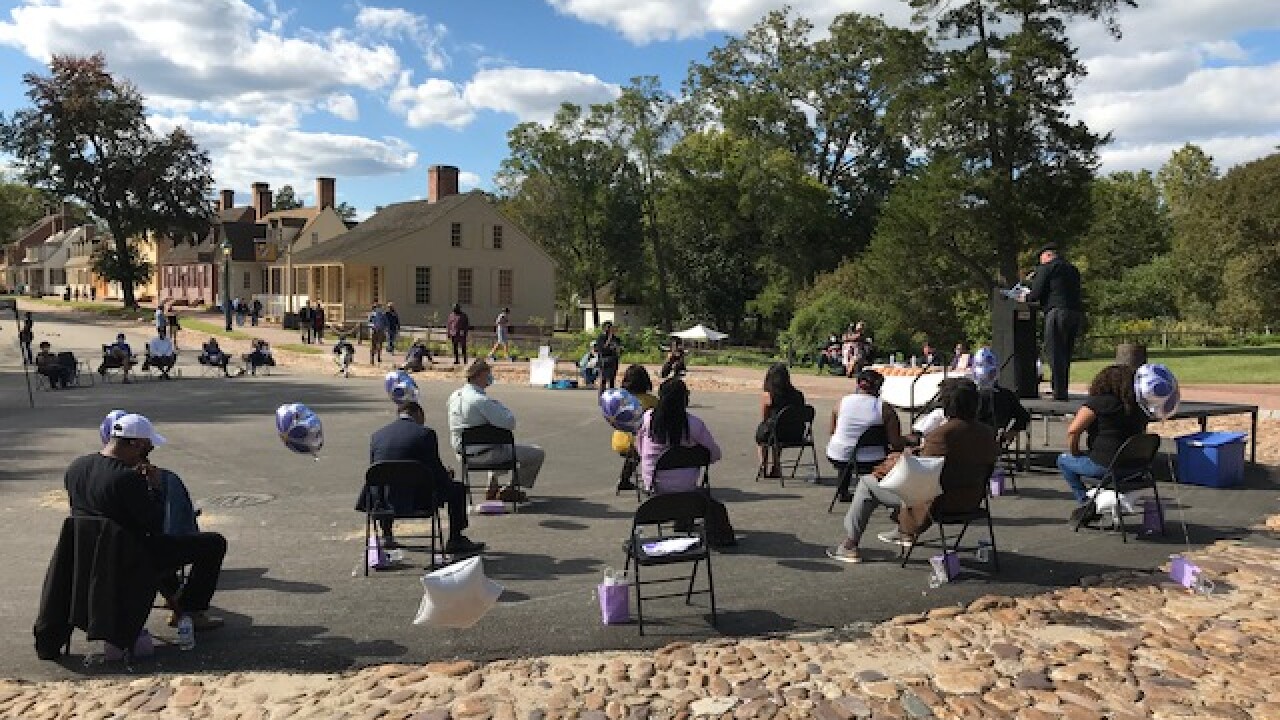 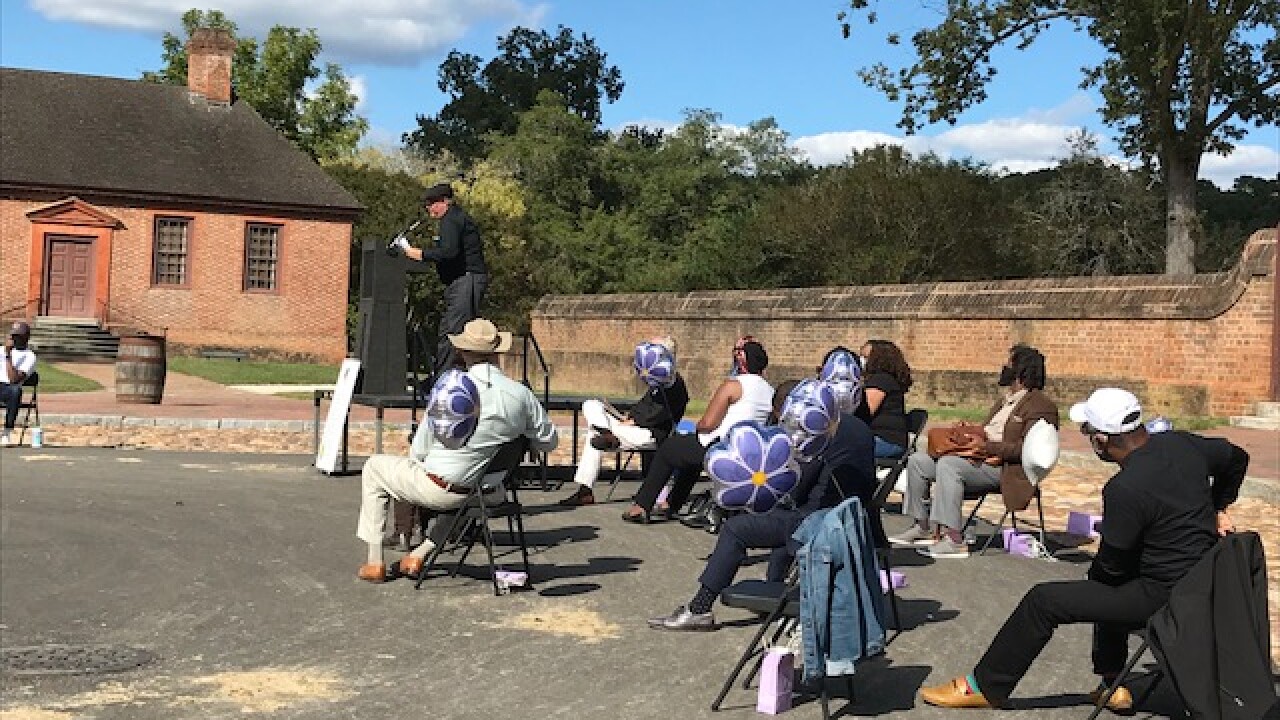 WILLIAMSBURG, Va. - The Williamsburg community rallied together Saturday afternoon to call for racial equity and find a way to move forward and heal from our country’s past.

Johnette Gordon-Weaver’s family history is deep rooted in the City of Williamsburg – one of the first planned cities in the Virginia Colony.

“Black people have been relocated - my family - at least three times,” said Gordon-Weaver, a media consultant with Williamsburg Action.

As a descendant of slavery, Gordon-Weaver is now on a personal mission to seek reparations.

With the Colonial Williamsburg Capitol Building as a backdrop, community members sat on the lawn and brought lawn chairs to listen as several activists and local leaders called for racial healing and reparations – the act of making amends with the city’s painful past.

“In Williamsburg, laws were passed in the 17th and 18th Century to enslave, to disadvantage and to disenfranchise people based on the color of their skin,” said Laura Hill, Coming to the Table – Virginia’s Historic Triangle founder. “It is time for Williamsburg and the nation to be healed.”

Lauren Miller, who came to the event with her 4-year-old son Gideon and husband Ariel, said to begin to heal the racial divide, we have to shed a light on the country’s history of racism.

“It would just be good for people to acknowledge the past,” said the Williamsburg resident. “If we don’t acknowledge it, we can’t get through it and get past it, and just acknowledge how history has put certain groups of people at a disadvantage, and working to change laws and policy that support the status quo.”

Jessica Sapalio, a social justice co-chair at her congregation Williamsburg Unitarian Universalists, is working to reform the legal system and repair the racial injustices she says still exist today.

“The inequities are staggering,” she said. “There are so many systems that go into this that we need to change.”

Sapalio is fighting to end mass incarceration that she says here in Virginia is at a rate six times higher for Black people compared to their white counterparts.

For Gordon-Weaver, Saturday’s rally is a good start to promote change.

“I’m willing to fight for them, however you envision reparations, whatever way they envision it to be, but we need to have the conversation,” she said.

The work of the activists is not over yet. They’re now working to create a task force made up of community members and local leaders to help continue the conversation on reparations and change.