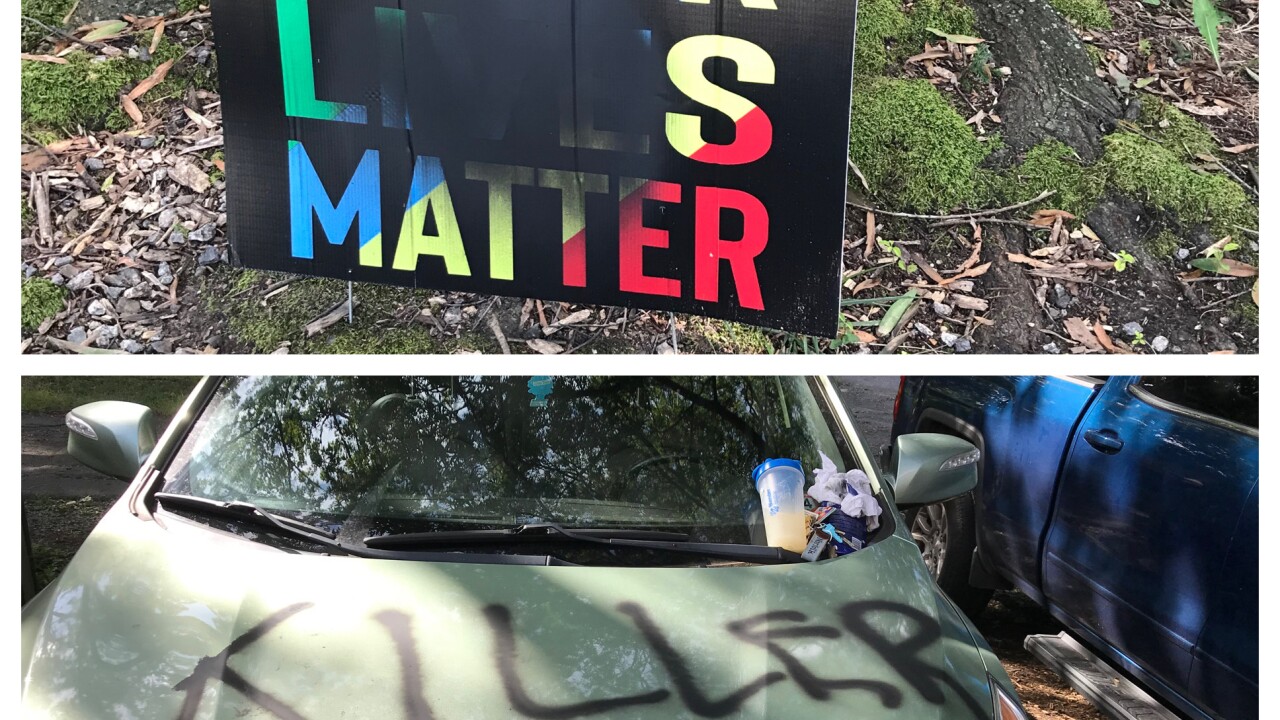 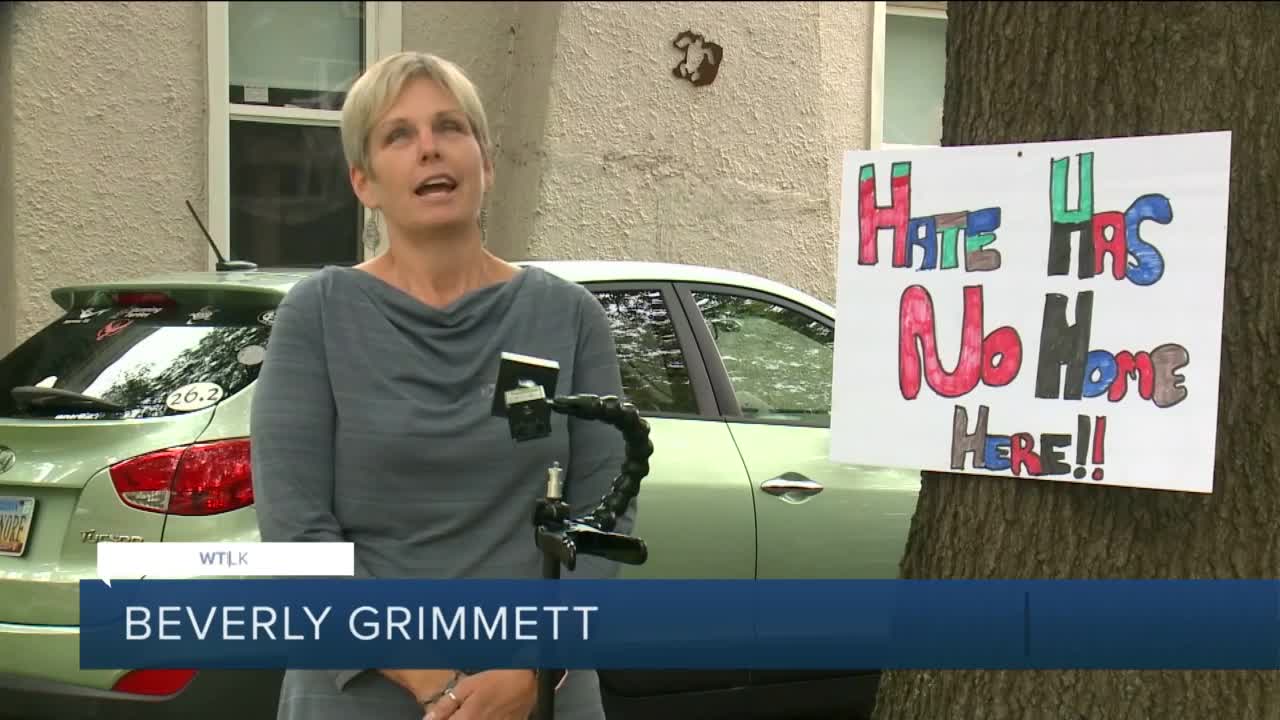 NORFOLK, Va.— The Norfolk Police Department is investigating after a woman says she woke up to a slashed tire and graffiti on her vehicles, as well as her Black Lives Matter sign.

Beverly Grimmett believes this incident at her Lafayette Residence Park home is connected with months of alleged antagonism over her support of Black Lives Matter.

In wake of the incident, Grimmett has a new sign nailed to a tree in her yard that reads, “Hate Has No Home Here.”

“It makes me sick. I don’t understand people’s lack of empathy,” said Grimmett.

She worries hate may still live in her neighborhood in light of recent events.

Grimmett says she put a Black Lives Matter sign in her yard in June and, ”pretty soon after, bags of dog poop started getting left next to it.”

She says she found dog poop nine different times— about once a week since June. On Monday, she noticed things escalated.

“We went to leave to go to work, and I saw spray paint on the side of my truck and I took a step back,” she explains.

She says someone spray painted the “All Lives Matter” acronym on the side of her work truck and slashed the front tire.

She says she didn’t notice that the word “killer” was spray painted across the hood of her car until she got to work.

“I don’t understand why people can’t embrace what Black Lives Matter means and why it’s so important to us and how you can’t step outside of yourself and see everyone like you, that’s not you,” she said.

Grimmett says she’s stepping up her home security and hopes whoever is responsible is caught and forced to explain themselves.

“The only opposition to Black Lives Matter is 'Black lives don’t matter,' and is that what you’re really saying, and I want them to say it to my face and explain it to me.”

Neighborhood supporters are pledging to give Grimmett more signs to add to her lawn. In the meantime, she says she won’t be intimidated.

“I’m not leaving, and my sign's not coming down.”