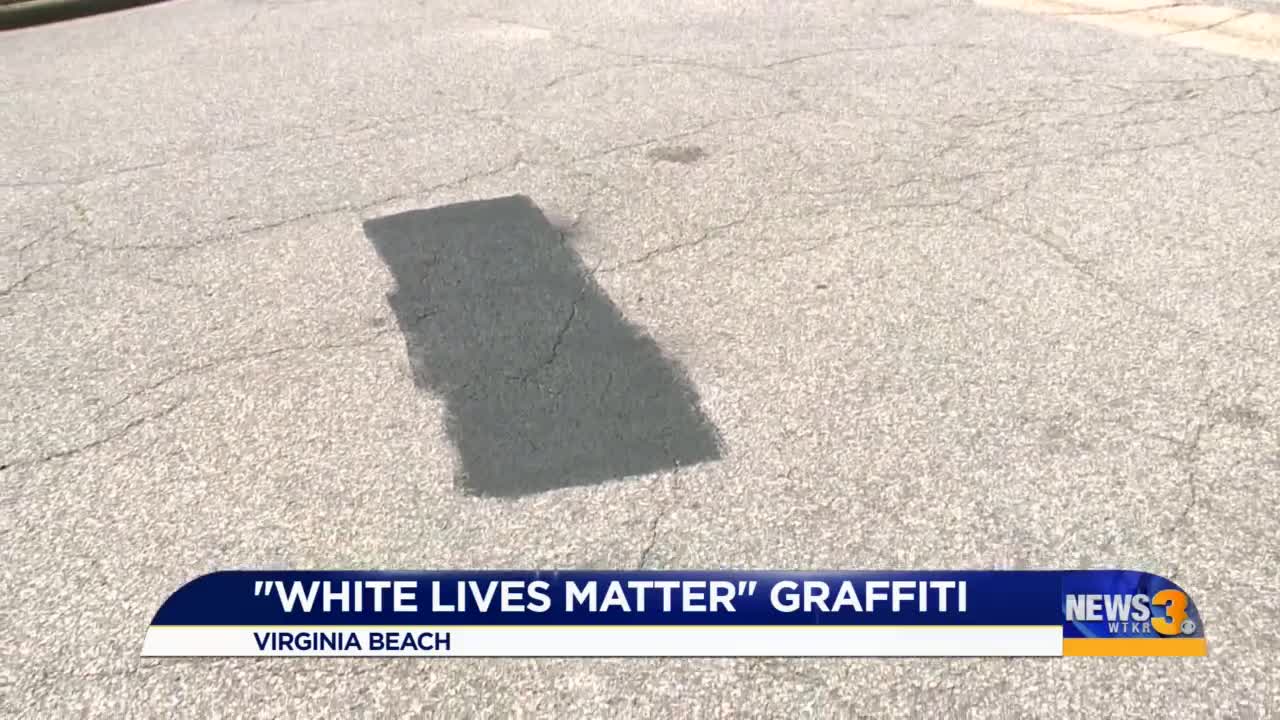 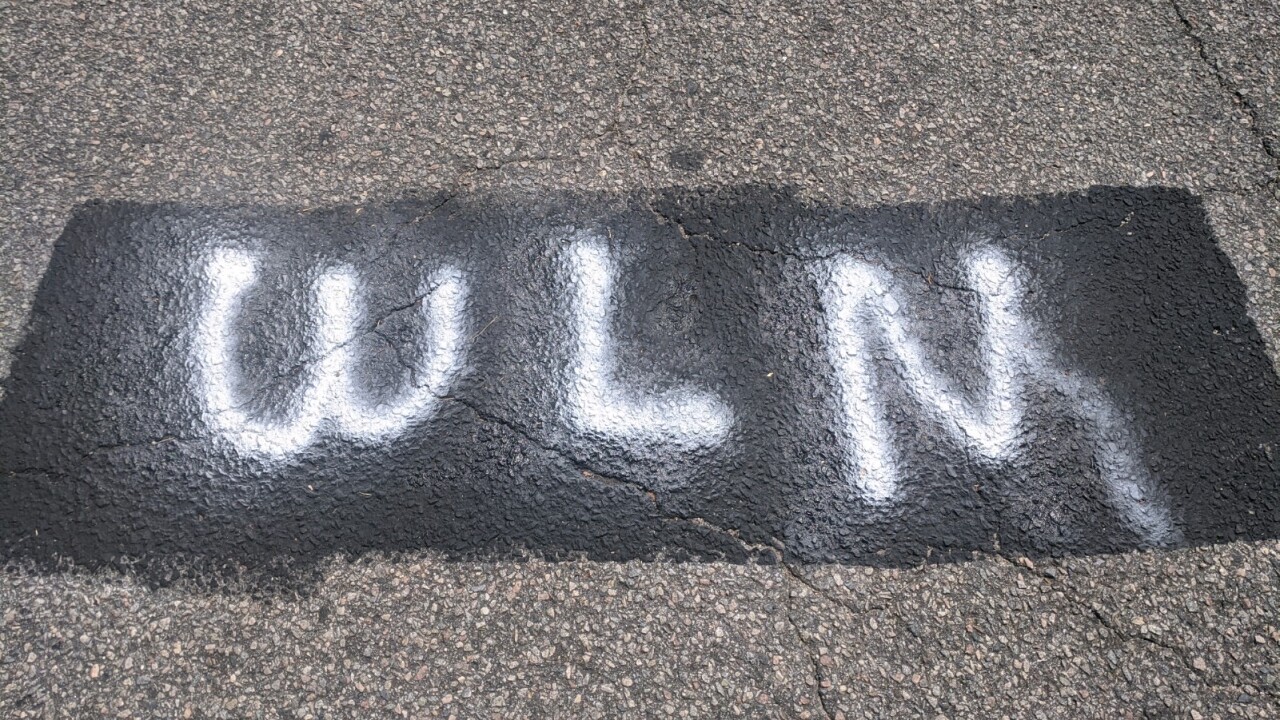 A vandal repeatedly tagged a public street and destroyed signs in support of Black Lives Matter.

Hartell lives in the Magic Hollow subdivision in Lynnhaven where "WLM" was spray painted, then covered up, at least three times different times— a back and forth battle in its second week.

“It’s really, really, really aggressive. It’s hateful, and I, for the sake of my neighbors, really wanted to ensure that something was going to be done about it."

Hartell fears the person behind the "White Lives Matter" acronym it will continue to return.

She doesn’t know who is doing it, but she has a few guesses why.

“Right now we’re working on elevating Black voices and hearing the Black perspective for the first time in history, in my opinion," said Hartell. “And to come on top of that and say, ‘No, White Lives Matter,’ well, we’ve never had to fight for white rights."

The spray paint wasn’t the beginning of the antagonism. Neighbors placed “Black Lives Matter” signs on their lawn last month and say someone tore them to shreds. They think it’s no coincidence that "WLM" was spray painted just a few feet away in the road, which is why they’ve been persistent in covering the message every time.

“Since about 2000 I haven’t had to experience anything like this since I lived in Elizabeth City, North Carolina, where [they] still had the Klan,” said Cory Evans.

After their "Black Lives Matter" signs were ripped up, enough was enough for Evans.

“We knew that people walking by — I mean, she saw how I felt when I saw it and she didn’t want anyone else in the neighborhood to feel that way,” says Evans.

Mike Hutcheson has been disturbed by the "WLM" vandalism, too. Thursday afternoon, he was driving by with a can of black spray paint ready to cover it again if it reappeared.

“I make the trek every morning to check to see if it’s there. It pops up overnight; we spray over it,” says Hutcheson.

The vandal appears to be working in the night. If they return, Evans hopes they show their face during the day.

“It’s a coward act... do it in light where other people can sit there and see you, and we can all have an open discourse about that.”