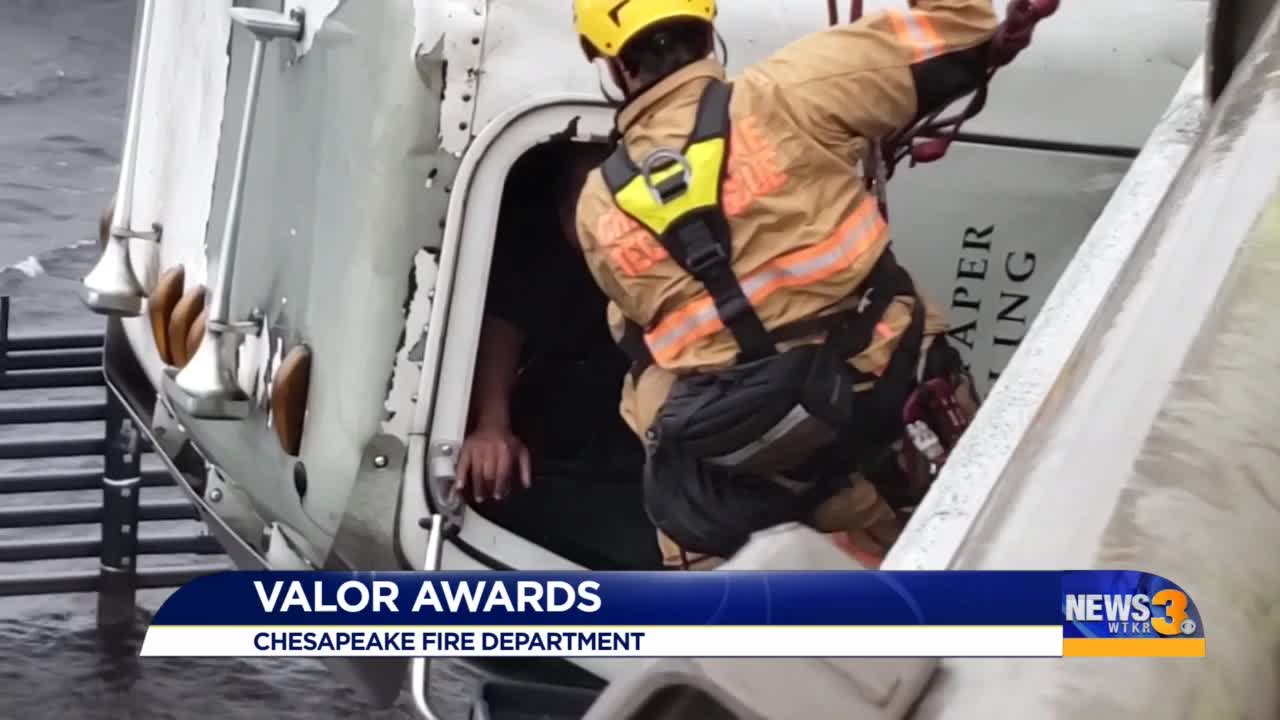 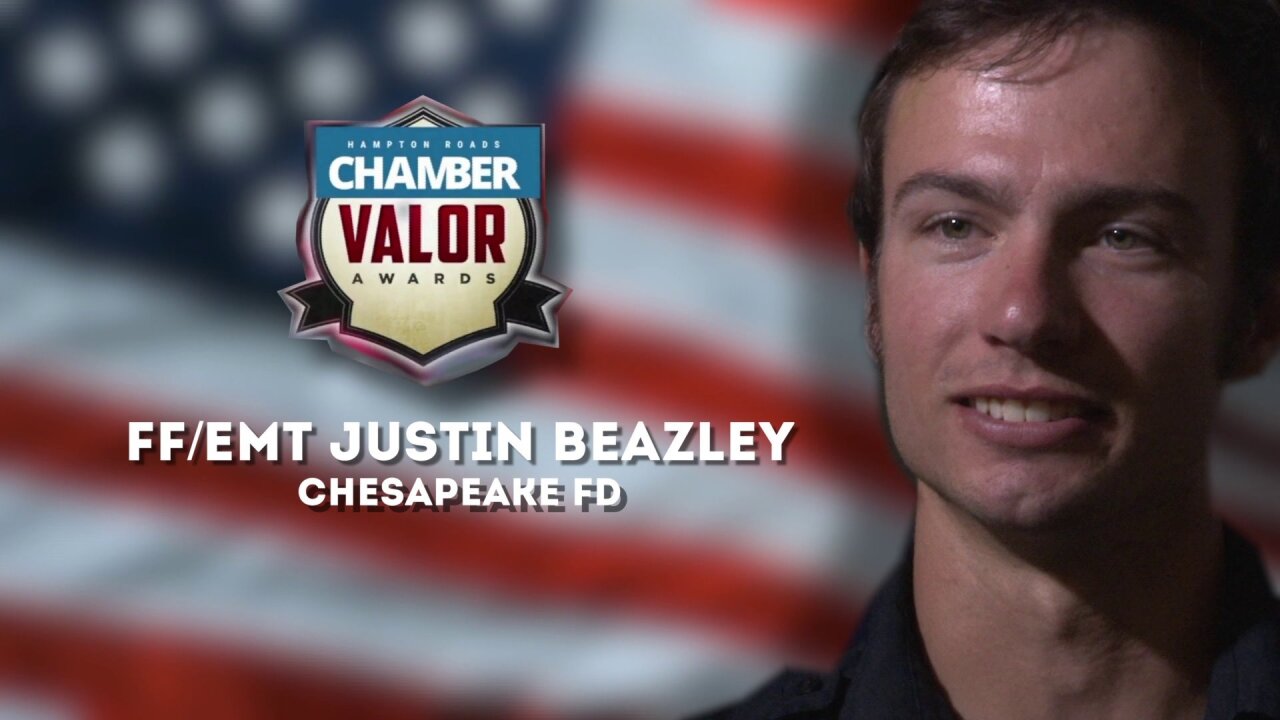 CHESAPEAKE, Va. - News 3 is honored to be the media sponsor for the 2020 Valor Awards.

Thursday night's Valor Award is straight out of an action movie.

On April 13, Chesapeake Firefighter, EMT Justin Beazley, put his life on the line to rescue a driver from his tractor-trailer as they dangled over the edge of the I-64 High Rise Bridge in hurricane-force winds.

Chesapeake Chief Edmund Elliot said, “It was an extremely windy day, rainy day. Gust of wind lifted the tractor-trailer. It was literally hanging over the bridge, dangling by just a little bit of metal.

With the driver still in the cab of the truck someone had to take action.

“This is called a technical rescue. Virginia Beach Fire Department, Norfolk Fire Department, tech rescue teams responded. They work together as a team. They had one chance to do it right, to get inside the cab, get the harness on the driver. And should the cab break loose while they were in there… it was a high-risk operation,” Chief Elliot said.

Beazley explained the scene, “I struggled a little bit because I couldn’t really reach him. I had to lean over, basically horizontally to help him put on his harness. Once we got it clicked in the last spot and tightened, I said let’s get out of here.”

“Every maneuver had to be right, every knot that was tied had to be right to be able to rescue that driver out of that truck, pull him up to safety,” Chief Elliot said.

“I am extremely proud of the entire region. This was a multi-agency working together. They thought their way through it. The outcome obviously was they were able to rescue that driver out of that truck, pull him up to safety without incident or injury,” Chief Elliot proudly said.

Join us on wtkr.com for a live broadcast of the Valor Awards on Monday August 10 at 12:45 p.m.