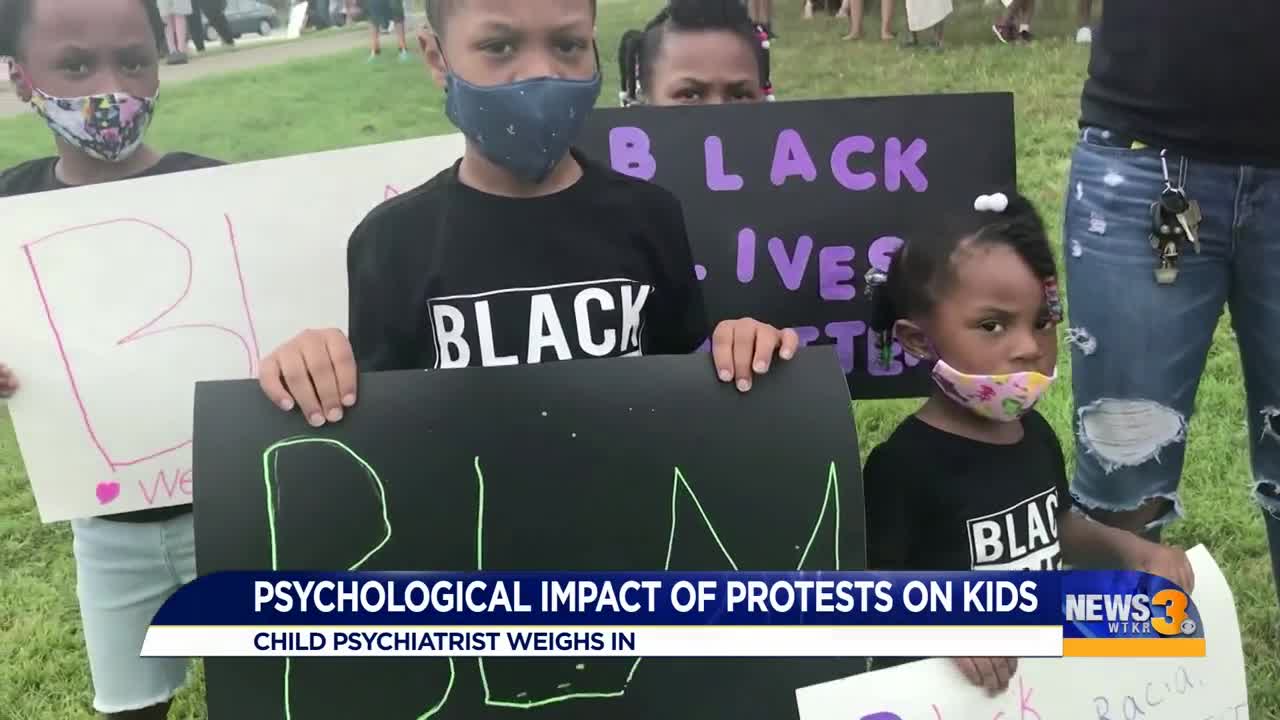 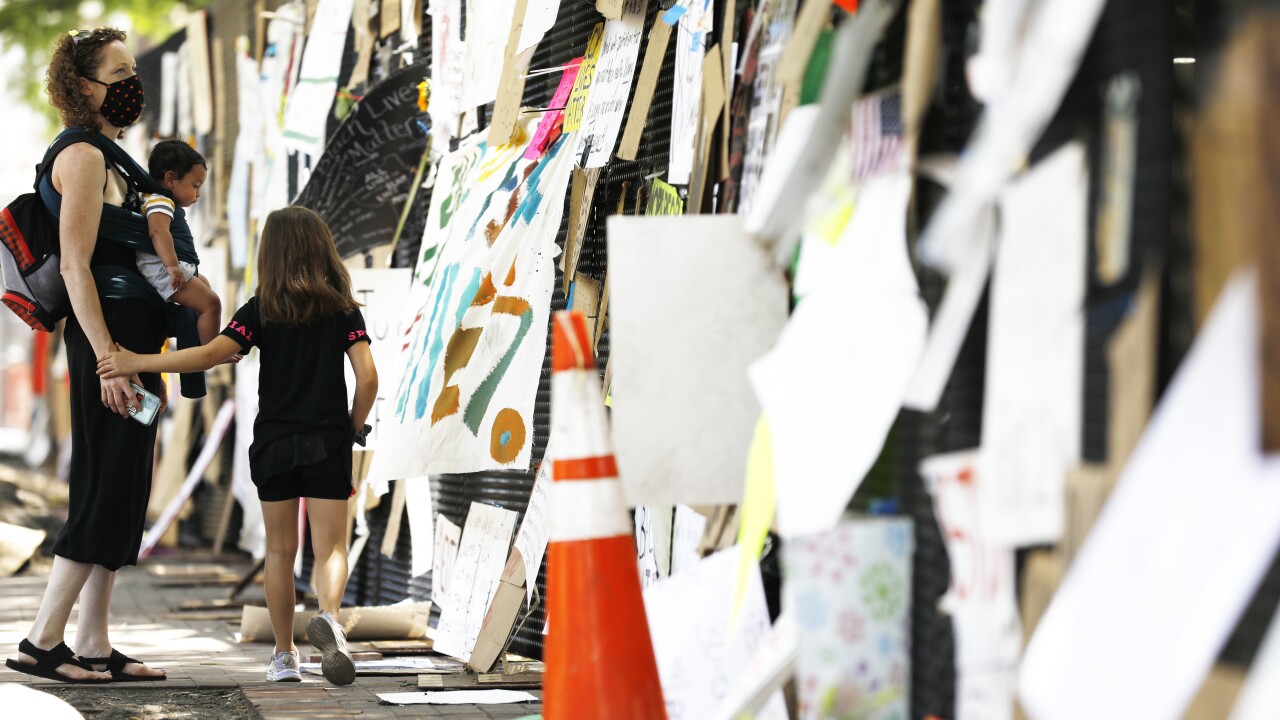 PORTSMOUTH, Va. - There are some mixed emotions when talking to parents about whether or not to bring a child to a protest.

“We were watching and standing and watching and it just fell right on top of him and there was blood everywhere,” said Katrinia Freeman.

Katrinia Freeman, a mother of three, recalls the moment when Wednesday night’s protest in the City of Portsmouth took a turn from being peaceful to chaotic then to somber when people broke off parts of the Confederate monument, which then fell on a protester.

It all happened while one of Freeman’s older sons was in the crowd.

“He actually was very nervous, and watching him like that it just hurt me because I didn’t want him to see that part of it. I wanted him to see the band and us working together as a community,” said Freeman.

This is one of the many reasons why Freeman says she will not bring her youngest child, a 9-year-old, to a demonstration.

“He doesn’t get it. He doesn’t understand that because people dislike you because of your skin color, they could hurt you, and that’s not a conversation that I want to have with my child at this age. I want him to stay pure and love everyone,” explained Freeman.

News 3 reporter Samantha German spoke with the Vice Chief of Mental Health at CHKD Dr. Mary Margaret Gleason to get her thoughts on how parents can prepare for something like this. Dr. Gleason says if properly communicated and worked through, protests can be a powerful experience for children.

“In general, opportunities where children can do something, where they can be a part of a community and build community and they are advocating for altruism and kind treatment of other people is something from a mental health perspective is actually really helpful,” said Dr. Gleason.

Dr. Gleason suggests parents should be selective when it comes to the time of day and the theme of the event to make sure it lines up with their community and family values. She also says get ready to have those important conversations before and after you go to a demonstration.

“I think it is important to recognize if a family is bringing a child to any event they’re ready to talk about why other people at this event might have big feelings and might be really angry and to be able to help them put some context around what might be happening,” said Dr. Gleason.

Dr. Gleason says it’s vital to be able to talk to your children about their reaction and fears and come up with plans on how to be safe the next time you exercise your freedom of speech together as a family.